The Point of No Return: Why Those Black Hole Photos Are So Darned Scary 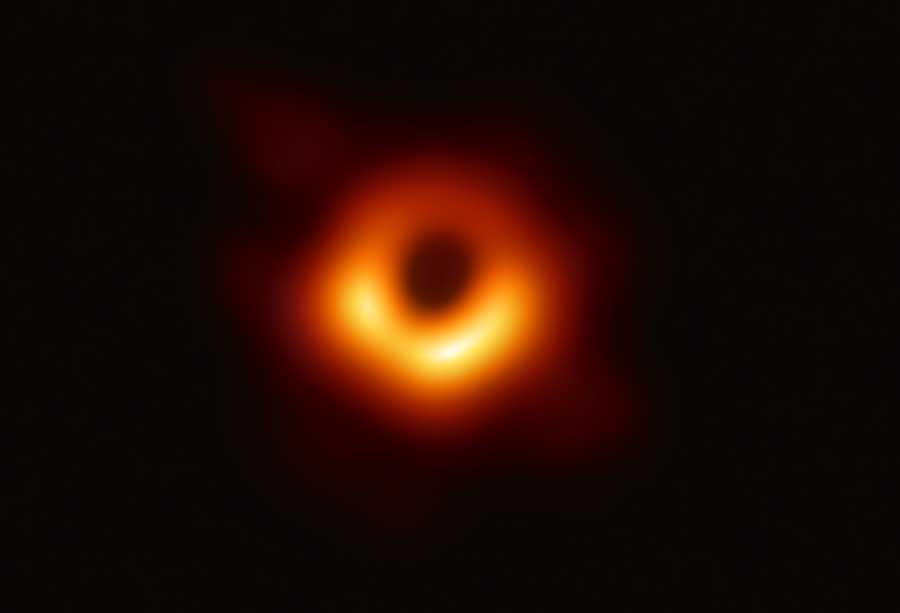 In this handout photo provided by the National Science Foundation, the Event Horizon Telescope captures a black hole at the center of galaxy M87, outlined by emission from hot gas swirling around it under the influence of strong gravity near its event horizon, in an image released on April 10, 2019. (Photo: National Science Foundation/Getty Images)

The recent release of the first photographs of a black hole are almost as unsettling as they are awesome.

The notion that there is this powerful phenomenon out there in deep, dark space is a fantastic discovery. But when you contemplate that it’s actually a giant hole sucking everything that comes near it into its dark regions, that’s unnerving, to say the least.

Not helping matters is the way the scientists describe this black hole. “It’s an absolute monster,” said Prof. Heino Falcke of Radboud University in the Netherlands, part of the team that discovered the space monstrosity. “It’s the heavyweight champion of black holes in the universe.”

The notion of a black hole is not new. It was first predicted by French scholar Pierre Laplace way back in 1698, supported by Einstein’s Theory of Relativity  and explained by research done by recently deceased astrophysicist Stephen Hawking. Plus, it’s featured in the plot-line of countless Star Trek episodes. But astrophysical theories and science fiction plots are one thing  — photographic evidence brings the black hole into sharp — and scary — reality.

While it’s name alone — black hole — is ominous sounding enough, it’s the physical nature of this behemoth that makes one positively shiver. Created by the death of a star, it’s a region that contains such a high gravitational pull that nothing — not even light particles — can escape its grip. The boundary at which the black hole’s gravitational pull makes any escape impossible is chillingly known as “the point of no return.”

Add to that its bewildering size — at 40 billion km in width, it’s larger than our entire solar system and has a mass 6.5 billion times more than that of the sun — it exists on a scale far beyond any normal person’s understanding.

It positively makes one yearn for the innocent days of space exploration when we could actually comprehend new discoveries.

The first satellite (Sputnik) launched by Russia in 1957 did little more than orbit the earth beeping innocently. While many feared Sputnik was spying on us, it caused far more wonderment than fear and helped usher us into the Space Age.

And the lunar landing in 1969 was an event watched and celebrated around the world. Perhaps the fact that we could actually see the moon from earth made it seem less alarming that there were men actually walking on it.

And while the missions to Mars — Pathfinder in 1990 and the more recent Rover missions — provided the potential for alarming discoveries, we breathed a sigh of relief when they didn’t reveal the existence of Martians, only a bunch of minerals and rocks.

But in 1990, when the Hubble Telescope began sending back images to earth, life became a lot more complicated. Not only did Hubble reveal data on the formation of stars but it confirmed the expansion of the universe and even showed us planets that were capable of supporting life. Things were definitely getting creepy.

And now we have photos of black holes.

In a speech he called Into a Black Hole, Hawking described them as “stranger than anything dreamt up by science fiction writers.” And he predicted the alarming consequences of getting pulled into one — “you would get dimmer and dimmer, and redder and redder, until you were effectively lost from sight. As far as the outside world is concerned, you would be lost for ever.”

That is truly chilling. Thank goodness this thing is 500 million trillion kilometres away.

A Brief History of Stephen Hawking, Theoretical Physicist, on the Anniversary of His Death

Scientists Detect Gravitational Waves; Somewhere, Einstein is saying, “I told you so”