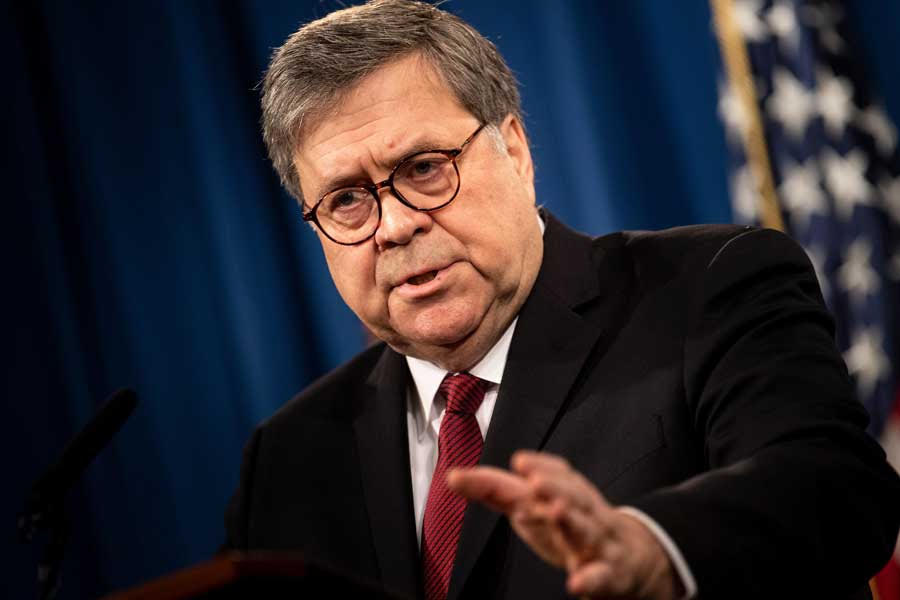 Today, Attorney General William Barr released the full Mueller Report that looked into whether President Donald Trump was guilty of colluding with Russia to influence the 2016 Presidential election and then committing acts of obstruction to cover up this collusion.

In a press conference held in Washington earlier in the day, Barr reiterated that Special Counsel Robert Mueller’s report concluded that while there was proof that the Russian government tried to interfere in the 2016 election, there was no evidence that any American, the President or anyone associated with the President “knowingly or intentionally” colluded with Russia in this interference. After the press conference, Barr delivered the full report to the House Judiciary committee, which then made it public.

The fully released document suggests that Barr may have indeed nuanced the report’s findings. It’s going to take days to parse this legally complex and dense report. Here are the highlights.

Did Trump Collude With Russia in 2016?

In his report, Mueller outlined at length the ways in which Russian government officials, operatives and third-party hackers tried to influence the 2016 election, by spreading false information on social media and by stealing and making public sensitive documents from Hilary Clinton’s election campaign team. Mueller wrote that: “while the investigation identified numerous links between individuals with ties to the Russian government and individuals associated with the Trump campaign, the evidence was not sufficient to support criminal charges.” These links included: “business connections, offers of assistance to {Trump’s] campaign, invitations for candidate Trump and Putin to meet in person.” But the report concluded that: “the investigation did not establish that members of the Trump Campaign conspired or coordinated with the Russian government in its election interference activities.”

So while there seemed to be many dotted lines between the President, his aides and government officials and hackers from Russia, Mueller could find no “smoking gun” conclusively linking all parties.

With regards to charges of obstructing the special probe, Mueller listed 10 instances where the President publicly or privately tried to put a stop or hinder his efforts. These include the President’s conduct regarding efforts to influence aides to undermine the special counsel or fire them when they didn’t. It also includes one telling remark the President made when he first heard of the special probe: “Oh my God. This is terrible. This is the end of my Presidency. I’m f*cked.” Meuller, however, presented an enigmatic finding: “If we had confidence after a thorough investigation of the facts that the President clearly did not commit obstruction of justice, we would so state. Based on the facts and the legal standards, we are unable to reach that judgement.”

Again, it seems Mueller uncovered plenty of material that might conclude that Trump could be charged with obstruction of justice, he would not make that charge himself. That decision he leaves to the attorney general or the House Judiciary Committee.

In his press conference, while Barr was adamant that the President or his aides were not guilty of collusion, he was less clear about the obstruction of justice charge. He says the Mueller report listed 10 instances related to obstruction but that, in his mind, they were not sufficient to charge the President.

So contrary to what the President tweeted, this game is not over. While the report could not conclude that Trump obstructed justice, it left it open for Congress to do so.

And that’s likely what House Speaker Nancy Pelosi and House Democrats will do now, building their obstruction of justice case by asking to be shown all the evidence that Mueller used to complete his report as well as evidence that didn’t make it into the final document.

And according to USA Today’s Steve Reilly, “The Special Counsel’s Office made 14 referrals of evidence of potential criminal activity to outside offices. Only two are publicly known at this point.”