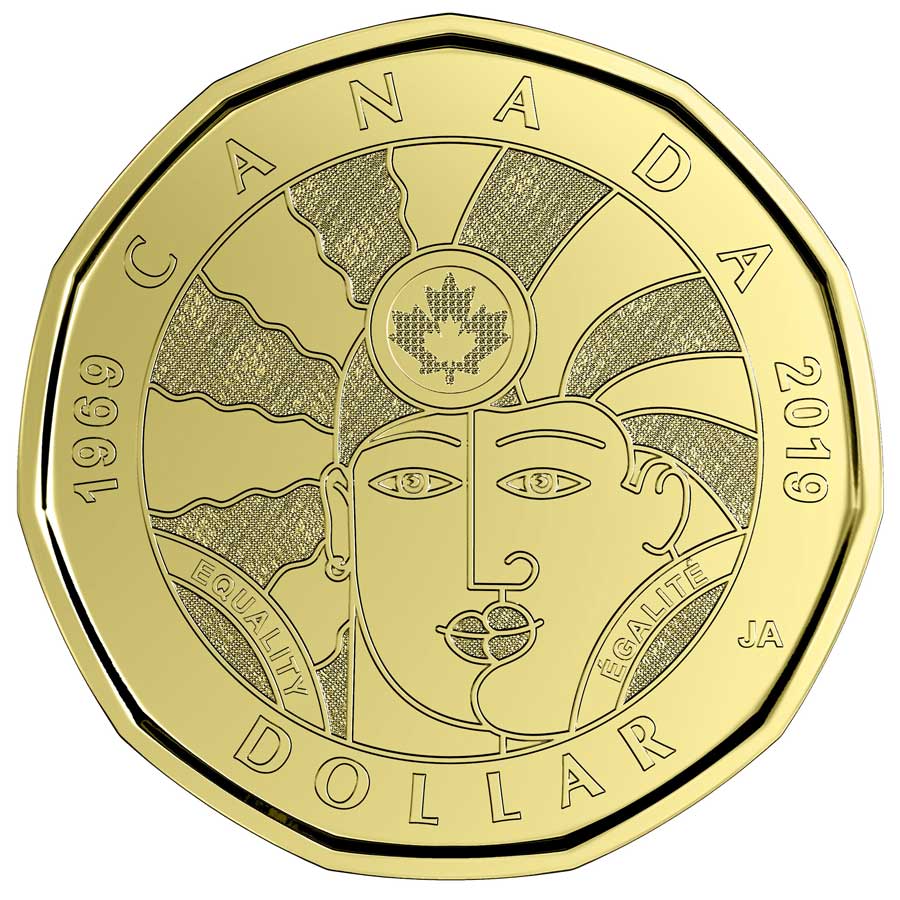 The Royal Canadian Mint unveiled a new loonie Tuesday to commemorate the 50th anniversary of the decriminalization of homosexuality, a moment they call a key milestone for lesbian, gay, bisexual and two-spirited people.

The coin, which has entered circulation, combines the words “Equality-Egalite” and features the work of Vancouver-based artist Joe Average.

“For too long, people didn’t listen. They didn’t extend compassion or empathy or understanding,” Morneau said. “Because of that, years ago, people made it a crime to love in Canada. We made being yourself a punishable offence.”

Morneau also acknowledged the views of those who claim the coin’s theme suggests that equality has already been achieved and that the government’s work in the area of gay rights is complete.

“They recognize, as we should all recognize, that we are not at the end of this path,” he said. “We have much more to do.”

The amendment that decriminalized same-sex activity between consenting adults was first introduced by then-justice minister Pierre Trudeau, who famously declared “there’s no place for the state in the bedroom.”

Historian Tom Hooper from York University, a member of the Anti-69 movement opposed to the new coin, says decriminalization wasn’t as monumental as the government claims and didn’t stop gay persecution.

“Decriminalization is actually a myth,” Hooper told The Canadian Press. “No laws were repealed in 1969. I think that’s a common misconception … Instead, they added a reform. They allowed us to commit these crimes provided we did so under strict circumstances.”

The mint “could have consulted people who have knowledge of this history but they didn’t,” he said, adding he hopes the agency will do so in the future.

Other critics site the bathhouse raids that occurred in Canadian cities including Toronto in the 1980s—where gay men faced arrest and physical abuse at the hands of police—as proof of how little the 1969 amendment achieved.

The coin, however, is only part of the Canadian Government’s effort to mend their relationship with the LGBTQ community.

Taking up the cause his father set in motion 50 years earlier, Prime Minister Justin Trudeau and his Liberal Government not only approved the commemorative coin, they also introduced key legislation as part of Trudeau’s 2017 apology to LGBTQ Canadians, which was intended to address the harm criminalization caused.

The Expungement of Historically Unjust Convictions Act allowed people who were convicted of same-sex activity between consenting adults to apply for the destruction or permanent removal of resulting criminal records.

The official apology delivered by Trudeau also came with a budget of $245 million, which included $110 million to compensate LGBTQ former civil servants who were terminated or sidelined because of their sexuality and $15 million for historical reconciliation, education and memorialization efforts.

As for the work that lies ahead, Mint president Marie Lemay hopes the coin continues to encourage healthy debate.

“It’s our hope that this coin will spark conversation,” Lemay told The Canadian Press. “I see it already has and spurred reflection on 50 years of progress, while acknowledging … that the journey towards full equality for Canadians of all genders, identities, and sexual orientations was hard fought and is not yet over.”