3 Reasons to Jump on The Raptors’ Bandwagon This Season 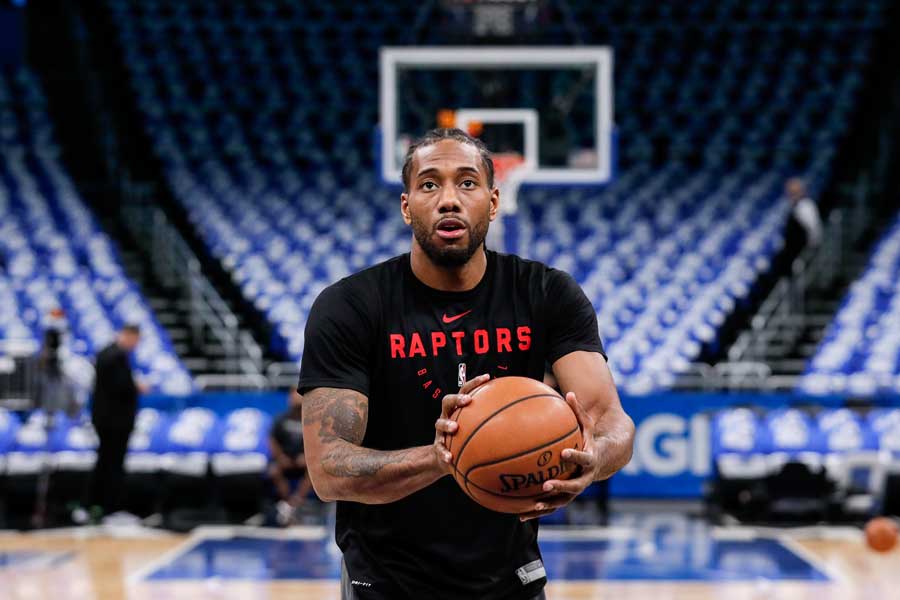 Kawhi Leonard of the Toronto Raptors warms up before facing the Orlando Magic in Game Four of the first round of the 2019 NBA Eastern Conference Playoffs at the Amway Center. (Photo: Don Juan Moore/Getty Images)

If you’re still picking the proverbial splinters out of your rear end from the last time you jumped on the Raptor’s playoff bandwagon, you’re not alone.

This time last year, I was composing a longwinded piece explaining why this was the year the Raptors would finally dethrone the King of the East, LeBron James and his Cleveland Cavaliers. We all know how that ended.

Well, here I am again — having eaten and digested my hat after last season’s four-game sweep — to tell you this year will be different. And it’s not about a LeBronless Eastern Conference, either (well, maybe a little).

Here, once again, why I have faith in this team and why the Raptors are worth watching this time around.

As much as we loved DeMar DeRozan and Jonas Valančiūnas, they weren’t the type of players to take you deep into the playoffs. In their post-series interviews last season, both players admitted that their team’s (and obviously their own) struggles against Cleveland were psychological.

But their deficiencies weren’t all in their head and the Raptors more than made up for them with the acquisitions they made this season.

While DeRozan was a gifted offensive player, he struggled in the playoffs and was often exploited on defence. In Kawhi Leonard — who was acquired in a four-player trade involving DeRozan — the Raptors now have an elite talent, who not only can dominate on offence but can defensively shut down the oppositions best offensive player.

Players like Kyle Lowry will benefit the most from Kawhi’s defensive versatility as he often struggles with quicker or bigger point guards. Such will be the case in the Raptors upcoming series against the Philadelphia 76ers, where Kawhi will likely defend oversized point guard Ben Simmons, essentially erasing a matchup issue Lowry and the Raptors struggled with previously.

Valančiūnas was a serviceable big man, but his court vision was closer to tunnel vision, which often led to costly turnovers and stagnant offensive sets when he was given the ball. In Marc Gasol, who came over in the Valančiūnas trade midway through the season, the Raptors have a big man who sees the floor and can facilitate the offence.

Gasol’s stellar post defence — which saw him shut down the Orlando Magic’s only star player Nikola Vučević in round one — should slow down the 76ers’ offensively talented big man Joel Embiid, who struggled against Gasol in the regular season.

Gasol can also hit the three with consistency, which will allow him to punish Embiid when he sags to the rim and should create open driving lanes when he’s pulled out to the perimeter.

The Raptor’s Pascal Siakam — who must have the NBA’s Most Impoved Player award on lock by now — is a weapon that the Raptor’s organization hadn’t even counted on this year.

But he’s certainly arrived. His dominant play against the Orlando Magic wasn’t a fluke and it shouldn’t be any different this series, either. No one on the Philadelphia 76ers is strong or quick enough to handle the young power forward with seemingly infinite energy. I’ll be looking for him to dominate once again.

3. A Charged Up Lowry

In previous years, the Raptors relied heavily upon Lowry’s offensive production, which often fizzled out in the latter stages of the playoffs. Now, with the offence resting squarely on Leonard’s shoulders and his mismatch with Simmons this series all but erased, Lowry can pick his spots.

This will free him up to make those plays he tends to make at the most crucial moments of the game, whether that be a bucket, a steal, coming up with a key rebound or more often than not a gutsy offensive charge.