A Hockey Legend and Member of Parliament: Leaf Great Red Kelly Passes Away at 91 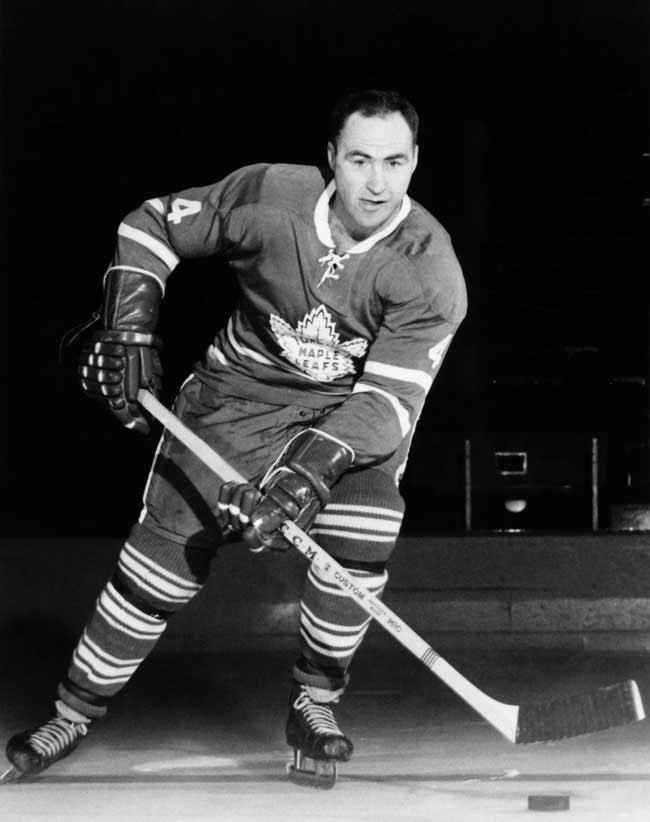 Red Kelly, in 1966, wearing the #4 he made famous playing for the Toronto Maple Leafs has passed away at the age of 91. (Photo: B Bennett/Getty Images)

A fabulous hockey player, coach, Member of Parliament and always a gentleman — Red Kelly has passed away at the age of 91, fittingly on the 52nd anniversary of the last time the Toronto Maple Leafs won the Stanley Cup, of which he was a key contributor.

A smooth-skating, highly skilled Hall-of-Famer, Leonard “Red” Kelly had a 20-year career with the Detroit Red Wings and Toronto Maple Leafs. One of the few players able to switch between defence and forward, Kelly scored 281 goals, won multiple awards and played an important role on eight Stanley Cup-winning teams.

A farm boy born in 1927 in Simcoe, Ont., Kelly not only starred on the ice but also the political arena. In the early 1960s, he became a huge fan of then Liberal leader Lester B. Pearson saying, “I decided I would do whatever I could to help him become prime minister.”

True to his word, in 1962 and 1963, he ran and was elected as a Member of Parliament for the Toronto riding of York-West. Somehow, he managed to keep playing for the Leafs while representing his riding in Ottawa, a task that seems almost impossible today.

“That was a tremendous experience. I enjoyed those years. But it was tough doing both things. I thought I had one foot in the grave,” he said, explaining his decision to step away from politics.

After being traded from Detroit to Toronto, Kelly also achieved great success on the ice, teaming up with Frank Mahovlich (perhaps influencing the Big M’s decision to enter politics, as a Senator) and leading the Leafs to four Stanley Cups in six seasons. Along the way, he became a huge fan favourite in Toronto, not only for his stellar play but also for the gentlemanly way he carried himself on and off the ice.

After his playing career, which ended with the Leafs’ Stanley Cup victory in 1967, he turned to coaching, serving as bench boss for the Los Angeles Kings and Pittsburgh Penguins. In 1973, he returned to Toronto to coach the Maple Leafs, right in the heart of the tumultuous Harold Ballard ownership. Though his tenure was not successful, he introduced what he called “pyramid power” — hanging a plastic pyramid in the locker room as an amulet to help the team’s fortunes. Unfortunately, it didn’t work. The Leafs lost to the Philadelphia Flyers in the playoffs in 1977, prompting Ballard to fire Kelly.

The greatest two-way player, maybe ever, Kelly was voted as the 22nd best NHL player ever. “The redhead attacks like a great forward and defends like an even greater defenceman,” said fellow Hall-of-Famer and hockey legend Frank Boucher.

Perhaps veteran hockey writer Stan Fischler put it best when he said that Kelly, “was the balance wheel of champions as a defenseman in Detroit, and as a centre, the most decisive factor in creating a dynasty in Toronto more than a decade later.”

Remember When Canadian Teams Used to Win the Stanley Cup?