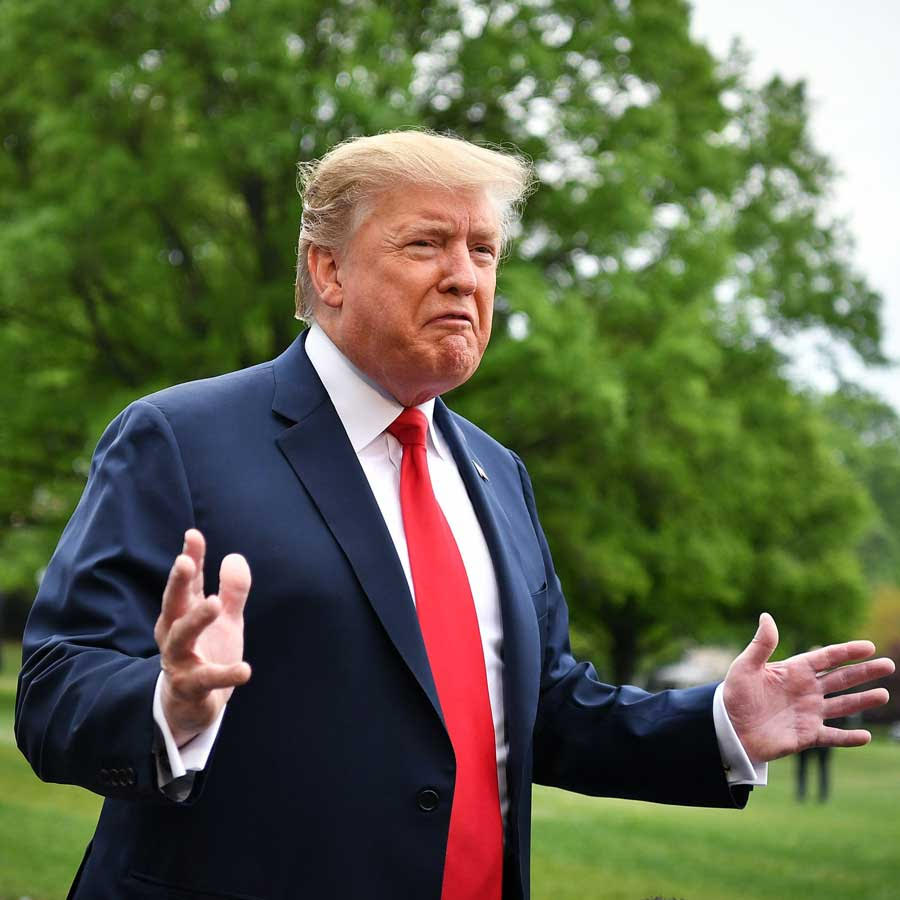 It’s the beginning of a momentous week in Washington as the constitutional crisis that has been gripping America since the election of Donald Trump  reaches a tipping point.

In the wake of repeated efforts by the President and his administration to weaken, impede or ignore the the legislative branches of power, Congress is beginning to push back, no doubt egged on by the President’s two-hour phone call to Russian leader Vladimir Putin last week, in which he made light of the Mueller report and didn’t warn Putin not to meddle in the next election.

Before entering the vehicle that would take him to prison, a defiant Cohen, the latest of Trump’s former advisors to begin serving, told reporters that the truth about the President’s misdeeds will emerge one day. “There still remains much to be told,” he added. “And I look forward to the day that I can share the truth.”

Yes, there still remains much to be told and that is the impetus behind efforts by the House of Congress to get to the bottom of the Mueller report. But the President and key members of his administration aren’t in a sharing mood, and their refusal to cooperate with the House committees has sparked a constitutional crisis.

This week the noose begins tightening around Trump and his attorney general, William Barr, both of whom have repeatedly ignored or stonewalled Congress in its own investigation into Russian interference in the 2016 elections.

First, Trump has blocked efforts by the congressional committee, which have asked his accountants to turn over key financial documents that the House committee maintains it needs to complete its investigation. (The committee will no doubt capitalize on a public letter released today by hundreds of former federal prosecutors agreeing that, “the conduct of President Trump described in Special Counsel Robert Mueller’s report would, in the case of any other person not covered by the Office of Legal Counsel policy against indicting a sitting President, result in multiple felony charges for obstruction of justice.”)

Barr will face his own reckoning this week for his refusal to abide by a subpoena asking to hand over a full, un-redacted Mueller report to Congress. House Judiciary Chairman Jerry Nadler has set a Wednesday vote to hold Barr in contempt of Congress, which may accomplish little in the way of practical results but obviously puts the attorney general under increasing pressure to hand over the report.

“The choice is simple,” says Nadler explaining his actions. “We can stand up to this president in defense of the country and the Constitution we love, or we can let the moment pass us by.”

Nadler is also pushing for Mueller to testify before the committee in the upcoming weeks. Barr said in his Senate appearance that he is not opposed.

However, the President tweeted on Sunday, retrenching from his earlier opinion, that he is opposed to Mueller appearing before the committee.

This whole affair has created a political mess unlike anything we’ve seen in Washington since Watergate. But, President Nixon(albeit reluctantly) abided by the constitution and Supreme Court rulings and eventually resigned when he saw his fate was sealed.

Trump’s actions so far suggest that he considers himself above the law, which has created the crisis we’re watching unfold.

Congress claims the President has abused the separation of powers that the U.S. political system is based on and that the only way to stop him may be through impeachment. Trump claims his presidency is being stolen from him by unwarranted and politically motivated attacks and investigations.

And unless Trump follows Nixon’s example and resigns, it seems almost impossible that this convoluted political and constitutional war will be resolved by 2020 elections.