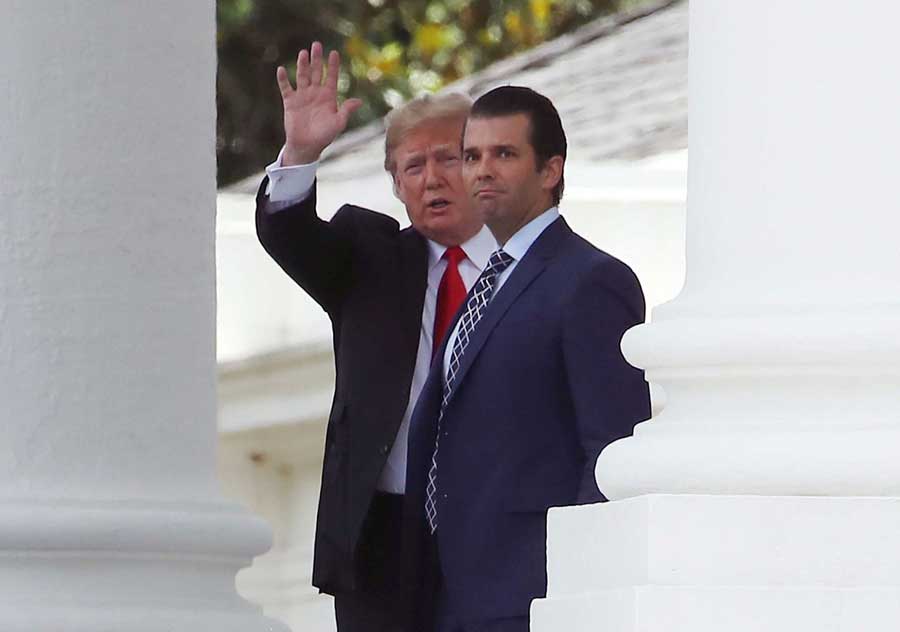 Donald Trump Jr. has been subpoenaed to testify before the Senate Intelligence Committee to answer questions about the Mueller report. (Photo: Mark Wilson/Getty Images)

In what is being seen as a break in the party ranks, the Republican-controlled Senate intelligence committee has subpoenaed the President’s son, Donald Trump Jr., to testify about what really went on in the infamous June 2016 Moscow Trump Tower meeting.

The Senate committee wants to know what, if anything, Trump Jr. learned at that meeting about an offer from Russian operatives to share damaging emails about Hilary Clinton to undermine her 2016 election campaign.

In his first previous go-round with the intelligence committee in 2017, Trump Jr. testified that he was only “peripherally aware” of his father’s efforts to build a tower in Moscow and that he didn’t tell him anything about Russia’s offer to provide the Trump election team with the damaging Russian materials.

However this doesn’t jive with information in the Mueller report, which contains testimony from Michael Cohen, who recalled being with Trump Sr. at a meeting “when Trump Jr. told his father that a meeting to obtain adverse information about Clinton was going forward.”

That’s why the Senate intelligence committee looking into Russian interference wants to interview Trump Jr. again, to get to the bottom of this inconsistency with his previous testimony. According to a source quoted in an AP story, the Senate committee “clearly need to re-interview some witnesses whose accounts (Cohen) contradicts.”

This move marks the first time a member of the President’s family has been subpoenaed to testify regarding the Mueller probe.

It’s also a remarkable development because the Senate is controlled by Republicans, which means the chairman who called Trump Jr. — Sen. Richard Burr (R-North Carolina) — has broken ranks with and will likely incur the wrath of the administration. Until this point, Republicans have maintained a unified front declaring President Trump’s innocence on both collusion with Russia and obstructing the Russian probe.

Sources close to Trump Jr. say he is infuriated by being called again before the Senate and suggest he may ignore the subpoena altogether, pointing to the fact that he’s already testified.