Celebrating 265 Years of the Funnies: The Art Form That Just Won’t Be the Same Out of Print 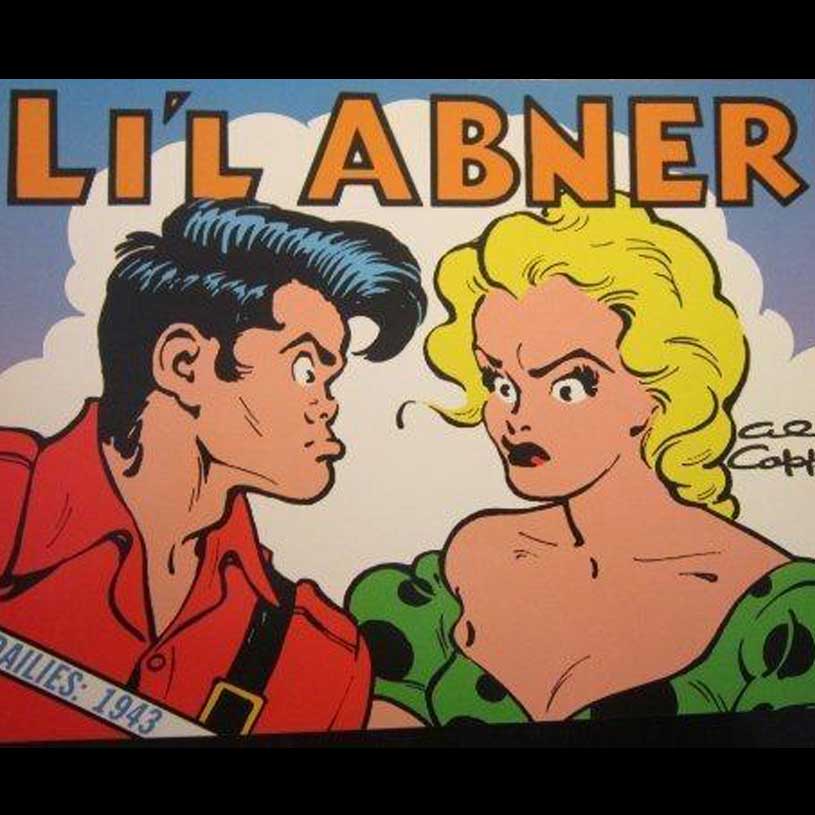 In the beginning, there was “the word.” And then Ben Franklin added cartoons to your favourite newspaper.

It is 265 years ago this month that the then-loyal British citizen Franklin published an edition of the Pennsylvania Gazette with a woodcut print of a snake cut into segments with the caption, “Join or Die.”

Like most absolutes, this “first newspaper cartoon” is subject to debate. It was certainly one of the first, and the template for what would become a publication tradition. (The word “cartoon” itself would be invented by the British satirical mag Punch a century later).

It led to both the editorial cartoon, and “the funnies,” the latter being a tradition our generations may live to see die, given the state of newspapers and magazines.

And though there are a plethora of clever, creative cartoons on the ‘Net these days, it’s hard to imagine any of them spanning generations the way old-school comic strips did.

Consider, the Katzenjammer Kids, which was created in 1897, and bequeathed to five different artists after the death of co-creator Harold Knerr in 1949. It still runs in 50 publications in reprint form.

As a kid, I was astonished to discover how old the cartoons in my paper were. Gasoline Alley began with Walt Wallet discovering baby Skeezix on his doorstep in 1921. Mad Magazine used to make jokes in the ‘60s about how old the characters were then. It continues today, with Skeezix in his ‘90s and Walt a double-centenarian (somewhere north of 110).

How impactful were these strips? Jerry Seinfeld, who recently turned 65, has his bit about motion sensor water faucets in public washrooms, where you have to wave your hands, “like Mandrake the Magician” (that strip debuted in 1934).

And what is it about Little Orphan Annie — which dates back to 1924 – that it keeps finding its way to the big screen? (Most recently in 2014 with Jamie Foxx as Daddy Warbucks).

Mostly, I skimmed over soapy strips like Mary Worth and Gil Thorpe. But from an early age, I could see L’il Abner was genius. Concepts like the “Shmoo” (an animal that wanted to be eaten and could taste like anything you wanted) still make me laugh today (I still call any meat of questionable provenance “Shmoo meat.”)

When I was 12, I bought an album of L’il Abner creator Al Capp answering students’ questions at an Ivy League college. And he didn’t disappoint. At one point, he was asked, “Do you think there’s a breakdown of morals on college campuses?”

“Now, the sanctimonious tone of that question doesn’t fool me,” he said, redirecting his reply to the audience. “What this guy really wants to know is, if there IS a breakdown of morals on college campuses, when is it getting HERE?”

L’il Abner was a comic that couldn’t be handed off to anyone else after Capp died. His voice, like Berke Brethed’s in the later Bloom County, could not conceivably be replicated.

At their best, cartoons like L’il Abner and Doonesbury offended people, and blurred the line between entertainment and editorial comment. Doonesbury, which I’ve read since the ‘70s, has often been reassigned to the editorial page of various newspapers. (It’s also been pulled a lot over contentious issues like abortion).

The tradition of hitting close to home goes back to Bill Mauldin, whose WWII era Willie and Joe cartoons about two American GIs were dark and gritty, and ticked off Gen. George Patton.

Loved Dilbert. Never “got” Ziggy. I think the writers on the Simpsons may have been sarcastically leaning in my direction when they had Mr. Burns look up from the paper, laugh, and say, “Oh, Ziggy. Will you ever win?”

They took another sarcastic stab at “the funnies” with one of the Comic Book Guy’s sick burns, “Are you the creator of the comic strip Hi & Lois? Because you are making me laugh.”

Alternative weekly papers — which are disappearing at an even faster rate than dailies — introduced me to Gen X favourites like Zippy the Pinhead, Tom Tomorrow’s This Modern World and the very touching and gritty and sometimes fabulist Ernie Pook’s Comeek by Lynda Barry, about the worrisome lives of a teen girl named Marlys and her sister Maybonne.

I interviewed Barry once and we hit it off. As we wrapped it up, she said sweetly, “I can tell, you’re a weirdo like me.” I think that was a compliment.

If the strips sometimes got bumped into the editorial section, the editorial cartoons themselves are still hanging in, translating reasonably well to the Net. I get the sense, though that it’s harder to be satirical in a milieu where taking offence is a default mode. Cartoonists who must declare their politics up front are in a tough position. But I’m glad I’ve lived in an era that gave me Canadian legends like Aislin, Duncan McPherson, Brian Gable and Gary Clement.

They may live on online. But it’ll never be the same as appreciating them in ink on paper.