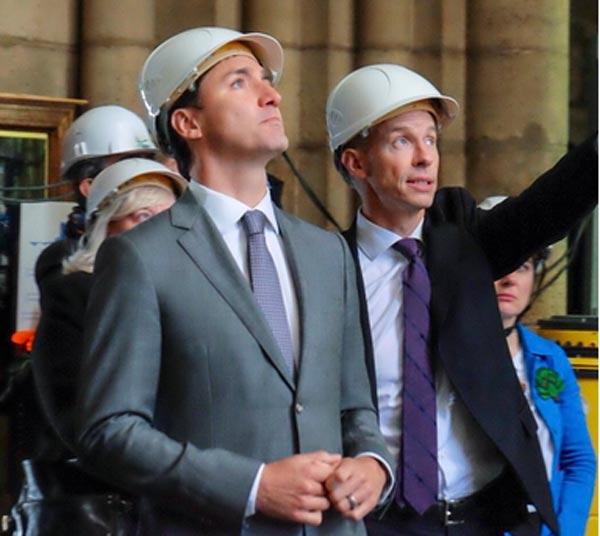 Canada will support the massive reconstruction effort by providing softwood lumber and steel, the Prime Minister said, adding, “Canada will stand with France and ensure we offer all the support — whether it’s steel or wood or whatever help we can. This is truly a piece — not just of French history — but of world history that needs to be preserved and we will be there to be part of it.”

It was on April 15 that the dramatic blaze played out live on television screens across the globe. When, after several agonizing hours, firefighters managed to gain control of the fire, the main structure and relics were preserved,  but Notre-Dame’s roof and famous spire were destroyed.

“This was a terrible, terrible fire, but you can’t help but marvel at how so much was saved even as we did lose so much,” Trudeau said.

Among the items saved were most of the paintings, relics and the Crown of Thorns thought to have been worn by Jesus at the time of his crucifixion.

According to French Culture Minister Franck Riester, fundraising for the restoration has brought in about 850 million eros or 952 million dollars.

Trudeau was in Paris to take part in a series of meetings in the fight against extremism and online violence, following the attack two months ago at a mosque in Christchurch, New Zealand, that left 51 dead.

How Much History Will Remain When Notre-Dame Cathedral Is Restored?