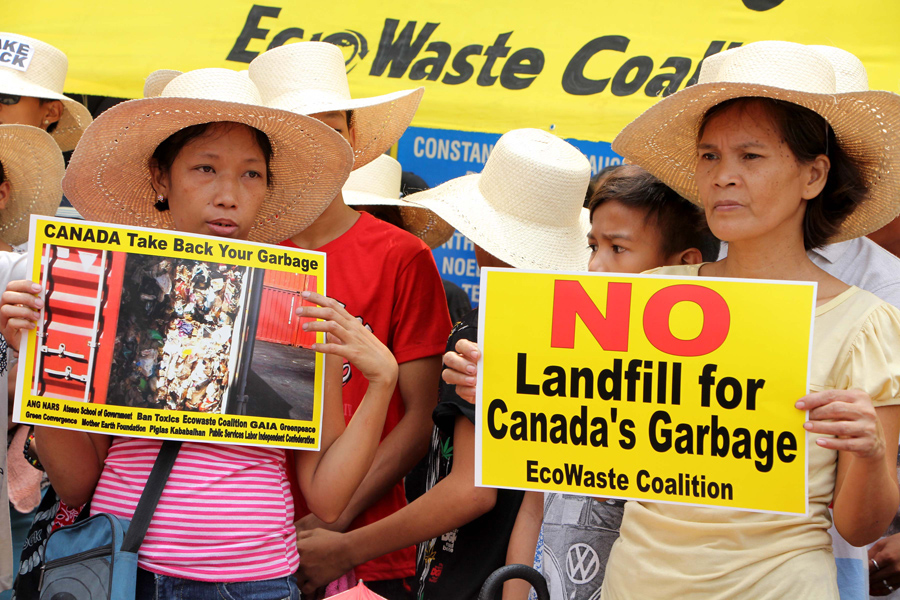 Photo by Gregorio B. Dantes Jr./Pacific Press/LightRocket via Getty Images

The Philippines recalled their ambassador and consuls from Canada on Thursday, announcing that the nation “shall maintain a diminished diplomatic presence in Canada” in direct retaliation for Canada not taking back containers of garbage sent to the Southeast Asian nation.

According to the New York Times, more than 100 containers of Canadian garbage shipped to the Philippines by a private Canadian company between 2013 and 2014 were “marked as recycled scrap.” Evidently, the containers were “mislabelled” and actually contained “common household trash, including used bags and soiled diapers. The government of Philippine President Rodrigo Duterte had set a deadline of May 15 for Canada to take back the garbage.

President Duterte, as CBC notes, had “said he was ready to ‘declare war against’ Canada over the issue” in a speech last month.

“I want a boat prepared. I’ll give a warning to Canada maybe next week that they better pull that thing out or I will set sail to Canada and pour their garbage there … Celebrate because your garbage is coming home. Eat it if you want to.”

The New York Times also noted in their story that last year “about 1,400 tons of household waste” were sent back to South Korea, and that, “the problem of trash dumping has exploded in Southeast Asian countries ever since China recently stopped accepting most recyclables from abroad.” Environmental advocates in the Philippines have repeatedly called for the government to push back against garbage dumping in their country.

A day before the diplomatic recall, however, the President’s spokesman, Salvador Panelo, seemed to indicate that no drastic action would actually take place related to the Canadian situation, saying, “If it’s just a slight delay, the president is a reasonable man. What is important is they will take back their waste.”

Of course, the hyperbole and change of mind by the 74-year-old Duterte comes as no surprise to political observers. The Philippine president is known for his unpredictable and unstable behaviour and has been accused by international organizations of multiple human rights violations, including ordering the extrajudicial murders of drug dealers (which he bragged about publicly in 2018), having political opponents and human rights advocates arrested, attacks on journalists — including suspected killings of some — as well as a failure to respond and help curb the Philippines’ growing HIV epidemic.