Giving Well Is the Best Revenge: Mackenzie Bezos Pledges to Donate Half of Her Settlement to Charity 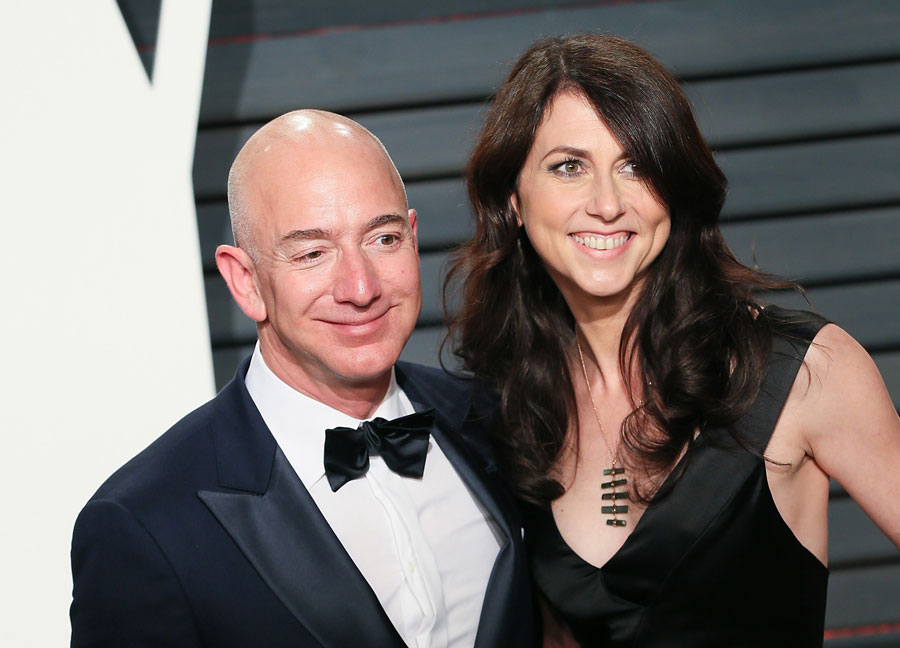 For Mackenzie Bezos, 49, giving well is the best revenge.

The world’s richest divorcee announced today that she’s giving away half of her $36 billion divorce settlement to charities.

She’s signed the Giving Pledge, devised by Bill Gates and Warren Buffet to persuade the world’s wealthiest people to donate most of their fortune to charitable causes.

Her decision is already being seen as a dig at her former husband, who is the only one of five richest Americans not to have joined the initiative, reports the Times of London.

Her former husband, Amazon founder Jeff Bezos, 55, has a net worth of roughly $114 billion. He and Bill Gates are the only people in the world with a net worth greater than $100 billion.

Mackenzie Bezos, who is also an award-winning novelist, became the third richest woman in the world after her divorce, which became final in April.
It gave her ten times more than the second most expensive divorce settlement in history and even after giving away half her wealth she could still spend about $900,000 a day if she lived to 100.

So in addition to giving well, she’ll certainly be living well.

“I have a disproportionate amount of money to share”, Ms Bezos, 49, wrote in a letter announcing her pledge.

“My approach to philanthropy will continue to be thoughtful. It will take time and effort and care. But I won’t wait. And I will keep at it until the safe is empty.”

Jeff Bezos has faced criticism in the past for not giving away more of his wealth. In response he dedicated $2 billion to help homeless families and launch children’s nurseries, making him America’s largest charitable donor in 2018.

He praised his ex-wife’s decision. “MacKenzie is going to be amazing and thoughtful and effective at philanthropy, and I’m proud of her,” he tweeted.

Although she didn’t reveal what causes she would be donating to, she founded Bystander Revolution, an anti-bullying organization, in 2013, where she serves as executive director. She’s also given support to causes including housing the homeless, college scholarships for undocumented migrants who came to the US as children, and marriage equality. And she’s donated to cancer and Alzheimer’s research.

Mackenzie could have been even richer. She left the marriage with only half of what she was entitled to, leaving her husband with 75 per cent of the couple’s combined stock in Amazon, all her interests in The Washington Post and in Blue Origin, his space exploration company.

The couple had been married for 25 years and have four children. Shortly after they announced the divorce in January, the National Enquirer reported that Jeff was having an affair with Lauren Sánchez, 49, a former television presenter and helicopter pilot.