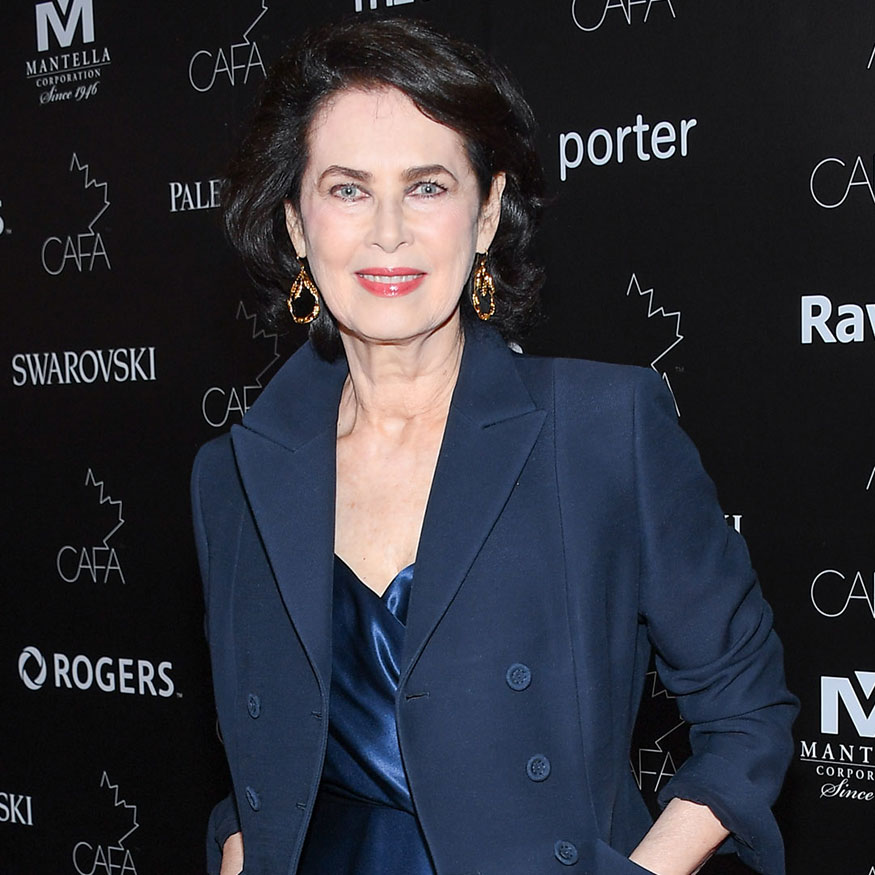 Just as sports fans were wildly cheering the Toronto Raptors on to their historic Game 1 win over the Golden State Warriors last Thursday night, a few blocks away, fashion fans were also toasting some of this country’s brightest fashion stars.

The annual Canadian Arts & Fashion Awards, held at Toronto’s Royal York Hotel, celebrated the best in Canadian fashion across a broad spectrum of the industry. Hefty crystal plaques were handed out in a range of categories which included best womenswear designer, best stylist, best makeup artist and best photographer. The accolades not only acknowledged local talent across the nation but also those Canadians who flew the coup to become stars on the international fashion scene.

Despite fashion’s penchant for only orbiting the constellations of youth, this year’s CAFA also paid tribute to veterans of style.

“This award from CAFA is especially close to my heart. Coming from my native country Canada, this means the world to me. I never thought when I was growing up in Fort Erie that I would be honoured this way,” said the 84-year-old photographer, who was once a staff photographer for Life Magazine.

But when you have a ballroom packed to capacity with some of the country’s fashionistas, it’s an opportunity ripe to dissect to garner some fashion tips.

We look amongst the glamorous crowd to pick up a few styling tricks.

Proof that sneakers have infiltrated every category, including formal evening attire. Wearing a swanky custom made suit from Canadian designer Philip Sparks, the style scribe anchored the glossy suit with simple white sneakers for a hip vibe.

Sneakers are also ageless. The legendary photographer adds some youthful verve to his black tie look with silver sneakers.

If you’ve ever considered wearing a hat to an evening gala, take a cue from the incomparable model. For her le smoking outfit from Canadian designer Victoria Hayes, the chapeau hits the right note of mystique by being oversized, dramatic and embellished.

This is how you make a western looking outfit – bootcut pants and cowboy boots – look glam for a black-tie gala. First, make it all black. Then throw into the mix some luxurious fabrics with a velvet jacket and silk shirt.

Nominated for the Model of the Year Award, Bradley also has a distinctive sense of style, which she often displays on her Instagram account. Wearing a funky tulle gown, the gregarious model found a unique solution for the bare-arms-conundrum women often face in evening wear. Instead of a matronly wrap to cover her arms, she wore what looked like opera length velvet gloves, but fingerless and with fun fringes.

It might seem incongruous, but the no-socks look with a classic tuxedo, looks modern and sharp. Just make sure your pants are cropped ever so slightly to show off those ankles. It’s a style touch which is not going away anytime soon.

Viktor & Rolf made an appearance to present the Vanguard Award to their good friend, creative director, Thierry Maxime Loriot. While the fashion duo is known for their avant garde designs, their personal style leans towards the classic. Note the impeccable tailoring and fit of their look — which is key to wearing a tuxedo. Never settle for a roomy or boxy looking tux.

If you are going to wear regal robes, Salah knows, you need to accessorize like a pasha.

Here is one element you can copy from this fashion doyenne’s look. If you ever wanted to refresh a simple column gown – get a seamstress to whip you up a chiffon cape-like overlay, preferably with a dramatic train. Incidentally, she went from CAFA to courtside. Later in the evening she was at the Raptors’ game dressed in comfy jeans and a t-shirt.

The epitome of elegance, this 71 year old beauty’s sense of style is effortless. Simply throw a classic man style blazer over an evening dress and it radiates chic.

There is nothing wrong with a duo out for a night, to wear matching colours. It amplifies the glamour factor.