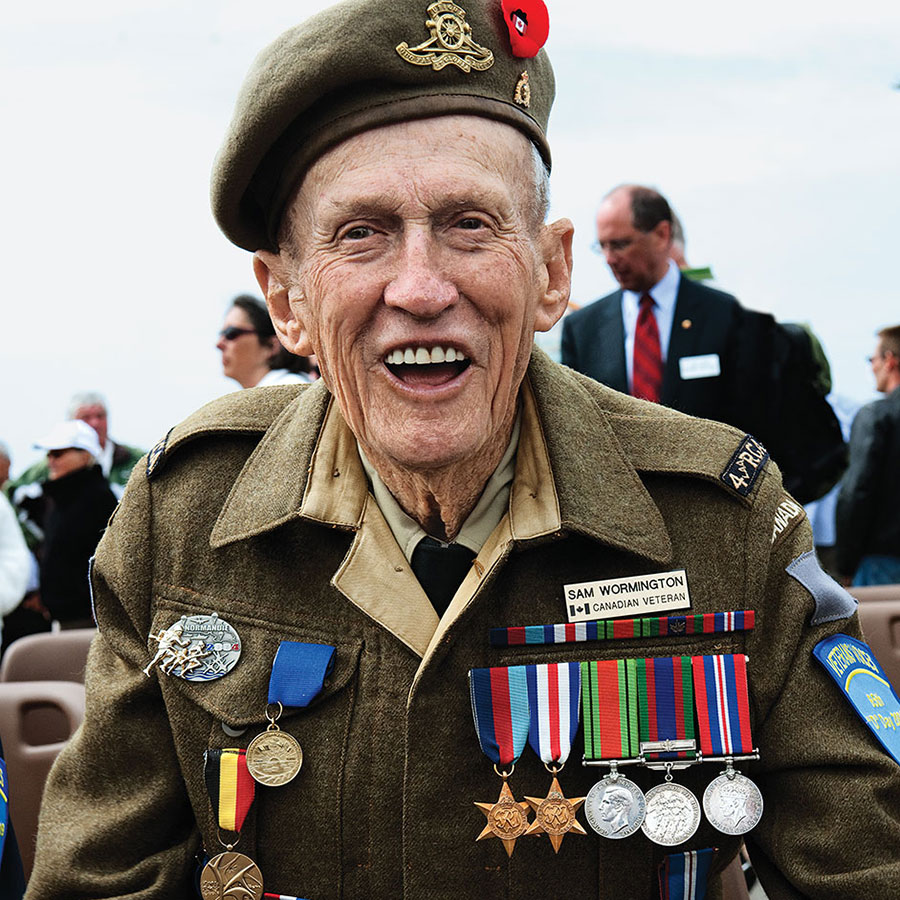 To mark the 75th anniversary of D-Day, we’re re-publishing this story that originally ran in the November 2009 issue of  Zoomer magazine.

Noted Canadian author and war historian Ted Barris and renowned photographer Paul Alexander visited France to capture the stories and pictures of veterans who had returned to Normandy to commemorate the 65th anniversary of D-Day.

(To see the photos, click on “View Gallery” on the image above.)

When the D-Day veterans assembled last spring to remember their victory, Canadian photographer Paul Alexander was there. He captured their tears. He caught some boyish laughter. He photographed that look, the one that says, “You must not forget.”

The look is in their faces when they walk the cemetery rows near a former battlefield. The look is reflected in their body language when the Last Post snaps them to attention at the cenotaph on Nov. 11. The look speaks loudest when we ask them to remember. It says, “You don’t understand.”

They are Canada’s former soldiers. They are survivors — the men and women who were allowed to grow old while their dead comrades could not. They are the veterans of a yesteryear war. And the look is one they wear with their blazers, berets and medals. It says, “You cannot know.”

Sometimes, however, the veneer cracks. The rigid military demeanor they learned a generation ago falls away. Their eyes twinkle with a fond memory. They even laugh and look like the youths they were when their uniforms were crisp and new and unstained. They cry unsoldierlike tears at the thought of what they lost. They allow themselves a luxury their bygone service didn’t — human emotion.