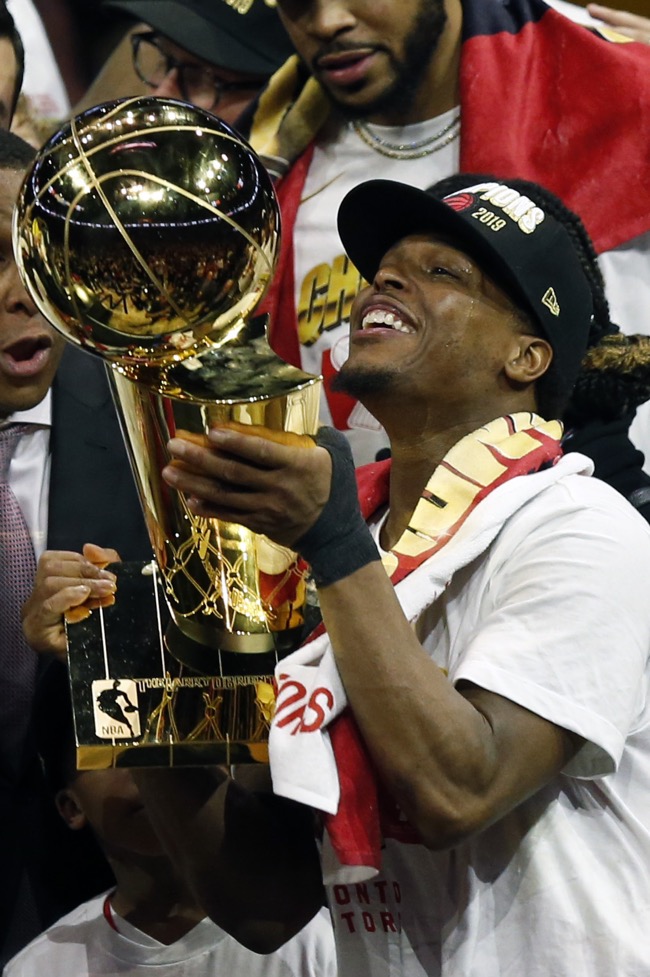 As I sit at my kitchen table, hours after the Raptors defeated the Warriors 114-110 to win their first ever NBA championship, I can still hear fans honking their horns in celebration outside my condo window in Richmond Hill — one of many cities in the GTA to host their own Jurassic Park for Game 6.

Those fan gatherings — which were happening across the country, as well — weren’t just indications of this team’s impact as the only NBA team in Canada, they also point to an unyielding belief that this Raptors team cultivated in its fan base.

From the beginning of this playoff run, there was something different about this team. Yes, there was Kawhi Leonard’s superior play, but there was also the steady confidence he brought with him that seemed to permeate through the entire team.

For Kyle Lowry, whose post-game horseplay with DeMar DeRozan was a familiar sight in previous years, Leonard’s quiet influence steered the veteran point guard toward a more business-like approach.

“The one thing about Kawhi is he literally stays level-headed,” Lowry said after the Raptors defeated the Bucks in the Easter Conference finals. “He brings that championship pedigree.”

According to Kawhi Leonard, Lowry was the first person he texted when he was traded to the Toronto Raptors.

“I texted Kyle probably the first day I got traded and told him, let’s go out and do something special,” Leonard said in a post-game interview, soaked in champagne from the locker room celebration. “I know your best friend left, I know you’re mad, but let’s make this thing work out. And we’re here today.”

Perhaps more than anyone else on the roster, Lowry took on the demeanour of his new teammate. Most notably in an interview after advancing to the NBA Finals he said he “wasn’t satisfied.”

And after a costly miscue late in Game 5, paired with a badly missed buzzer beater blemished an otherwise stellar performance, Lowry showed resolve in Game 6.  He set the tone for his team as he torched the Warriors with an 8-0 run by himself to start the game.

“I wanted to be aggressive,” Lowry said of his performance, which saw him finish with 26 points and 10 assists. “{Of} All the games we won, I was more aggressive offensively.”

Once again, he mentioned the newly found steadiness of this iteration of the Raptors, which he’s previously attributed to Kawhi’s “never get too high or low” attitude.

“We’ve been able to stay level-headed the whole time and understand that we had a team that was going to come out here and play extremely hard and they were going to fight,” Lowry said of bouncing back against a desperate Warriors team.

Of course, after winning his first ever NBA championship, after 13 years in the league, Lowry wasn’t quite able to contain his excitement to a Kawhi-like level.

“It’s been a long time coming. It’s crazy. It’s crazy right now,” he said on the court during the trophy presentation. “Yeah I can’t really think right now, this is crazy. Toronto, Canada, we brought it home baby!”

Oh, So Close: Champs Refuse to Quit as Raptors Lose on Last-Second Shot

From Celebration to Preparation: 6 Reasons Why The Raptors Can Beat The Warriors