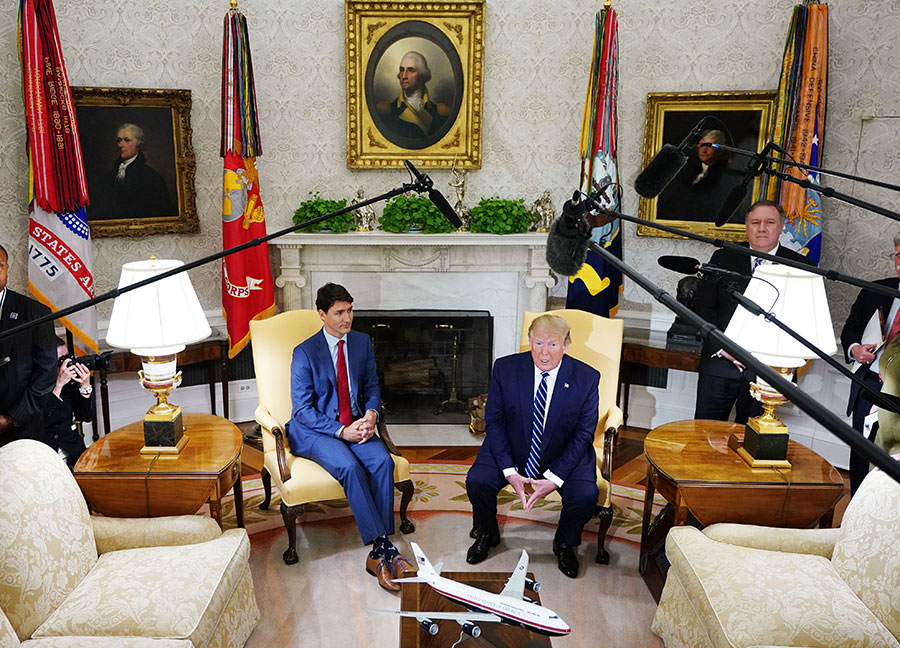 U.S. President Donald Trump says he’s willing to do whatever he can to assist Canada in its ongoing diplomatic dispute with China.

The remarks were made during a meet-and-greet in the Oval Office with Prime Minister Justin Trudeau on Thursday ahead of talks on ratifying the newly renegotiated North American Free Trade Agreement.

“Anything I can do to help Canada, I will be doing,” Trump said.

As for China’s imprisonment of Canadians Michael Kovrig and Michael Spavor when he meets with Chinese President Xi Jinping, Trump said that “at Justin’s request, I will absolutely bring that up.”

Jinping and Trump are expected to meet in Japan on the sidelines of the G20 summit late next week.

Spavor is a businessman who worked in North Korea and Kovrig is a former diplomat. They were apprehended separately in December, shortly after Canada arrested Huawei chief financial officer Meng Wanzhou in Vancouver on behalf of U.S. authorities. She has since been granted bail and is now awaiting court proceedings.

In March, China’s Central Political and Legal Affairs Commission accused Kovrig of stealing state secrets he had obtained from Spavor.

China seems to have taken other punitive measures as well; placing a number of hurdles in front of Canadian exporters, banning imports from two canola producers, tying up shipments of pork over paperwork issues and slowing Canadian soybean and pea exporters.

In regards to the trade relationship between Canada and the U.S., Trump didn’t rule out further tariffs on Canada or Mexico.

The U.S. said it was concerned in part about cheap foreign steel finding its way through Canada into the U.S.

Canada took measures to prevent the transshipment of steel into the U.S. and struck a deal with Washington to monitor any potential surges in steel products that were unfairly subsidized abroad and then dumped in the U.S. via Canada.