Don’t Have a Cow Scheer, The Updated Food Guide Isn’t About Swearing Off Dairy 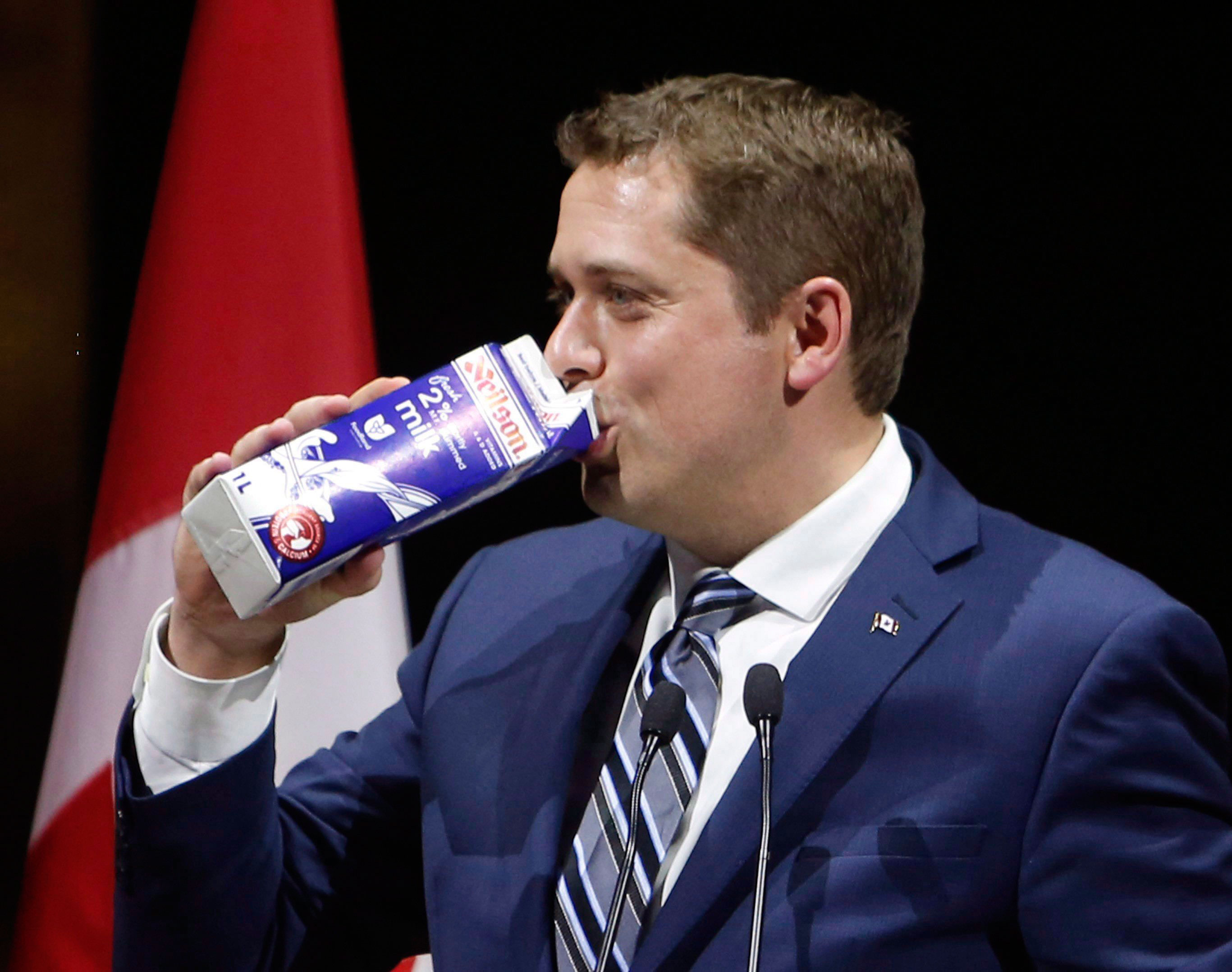 Andrew Scheer wants dairy back in the picture, specifically the picture on the cover of Canada’s Food Guide.

During an appearance at the Dairy Farmers of Canada’s annual general meeting in Saskatoon on Wednesday, the Conservative leader promised to review Canada’s recently updated Food Guide should the Tories come to power this fall, claiming that the current version is the result of a biased process.

“The process was flawed,” Scheer said of the new guide. “Complete lack of consultation. Seems to be ideologically driven by people who have a philosophical perspective and a bias against certain types of healthy food products. So absolutely we want to get that right.”

Scheer added that his party wants the Food Guide to “actually reflect what we know, what the science tells us.” However,  Scheer wasn’t referring to just any science.

“The work that you (The Dairy Farmers of Canada) have done as a group to prove the science behind the product that you produce has been incredible and that went completely unused during the development of the new food guide,” he said.

Scheer also related an anecdote about his son to illustrate milk as a source of calcium.

“I truly believe that chocolate milk saved my son’s life,” Scheer joked. “He was eating toast, would eat bacon, he would eat very plain grilled meats and we couldn’t get him to eat much else. And so [we] were really worried about it. Where was he gonna get his calcium and other vitamins? And he loved chocolate milk and he would drink chocolate milk by the tumbler-full,” Scheer said.

Scheer also said that a Conservative-led government would abandon the Liberals’ plan for front-of-package nutrition labelling.

“I can make all those decisions myself,” Scheer said of the proposed labels, which, according to Ottawa, would not apply to milk.

Judging by some of the reaction we received on a story we posted announcing the changes made in the new guide, Scheer isn’t alone in his criticism of the new guide that doesn’t mention the word “dairy” in its text-only version.

But to call for an unbiased review of the guide and in the next breath advocate for consideration of research commissioned by the Dairy Farmers of Canada — all while standing amongst a group of dairy Farmers — is a smidge hypocritical.

Besides, the newest guide is perhaps the first to be developed without the influence of industry pressure. In 1992, pressure from cattle and dairy lobbyists resulted in Health Canada increasing the recommended serving of meat and dairy on the guide. And even the first guide in 1942, which was called “Canada’s Official Food Rules,” was clearly designed in preparation for the Second World War, with the slogan “Eat Right — Feel Right, Canada Needs You Strong” accompanying its recommendations.

While dairy plays a smaller role in the current guide, it wasn’t entirely eliminated. Instead, dairy (along with meat) has been incorporated into a new protein group that includes plant-based sources such as tofu and chickpeas.

Lower-fat milk, yogurt, kefir and cheese are all listed as examples of protein in the new guide and while it suggests choosing water over other drinks, it does still include unsweetened, lower-fat white milk as a “healthy drink option.”

The guide’s category changes — along with recommendations to eat more plant-based protein — are in line with its overarching message to Canadians: eat more plants.

As for Scheer’s nostalgic affinity for chocolate milk, the new food guide puts it on the naughty list along with juice. The problem? The sugar content in chocolate milk outweighs its nutritional benefits.