Despite His “Greatly Limited” Testimony, Mueller Did Sneak in a Few Bombshells 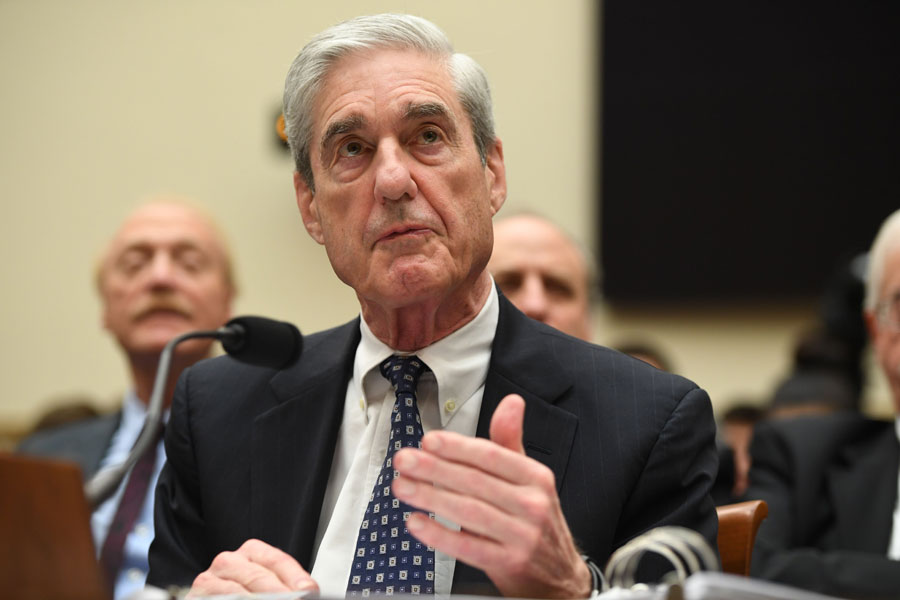 Former Special Prosecutor Robert Mueller testifies before Congress on July 24, 2019, in Washington, DC. Mueller told US lawmakers Wednesday that his report on Russia election interference does not exonerate US President Donald Trump, as the president has repeatedly asserted. (Photo: Saul Loeb/AFP/Getty Images)

Robert Mueller sat in front of U.S. House Judiciary Committee for almost four hours today to testify on his role as special counsel leading the investigation into Russian interference in the 2016 Presidential elections.

Mueller was grilled by both sides in an effort to crack his granite exterior and get him to talk about his findings beyond what was in his report, despite the fact that he warned the proceedings in an opening statement, due to ongoing investigations, his “testimony would be greatly limited”.

“Greatly limited” turned out to be an understatement.

The Democrats tried to use the evidence in the report to get Mueller to say that Donald Trump did obstruct justice but that U.S. Department of Justice guidelines forbade him from indicting a sitting President. The Republican members on the committee chose to attack the integrity of the Mueller team, which they repeatedly described as a partisan “witch-hunt” that over-stepped its mandate by airing inconclusive evidence on Trump’s collusion with Russia.

Like the dedicated life-time public servant that he is, the 74-year-old refused to crack or yield to the temptation to give his personal opinion on various legal matters. Instead, he took his lumps without flinching and patiently sat there neither losing his temper or raising his voice at the grandstanding politicians who hurled barbs from one side and asked leading questions from the other.

Throughout the hearing, he refused to get drawn into propping up political agendas on either side, specifically denying the whole exercise was a witch hunt. However, he did drop a few bombshells about his investigations that the media are slow to report on:

Despite this, most observers focused on the fact he looked “frail” or “confused.” While he did mumble some answers and at times appeared bewildered as to the line of questioning, throughout the entire exhausting process, he never once deviated from his stock answer, paraphrased along the lines of: “If it’s not in the Report, I’m not talking about it.”

Here’s an example of the not-so-riveting answers that Mueller provided to the majority of the questions.

Perhaps we’ll learn more from Mueller when he testifies before the House Intelligence Committee. But based on today’s performance, my guess is that when Mueller appear before that body, he’ll reprise today’s testimony and, you guessed it, refer them to his report.