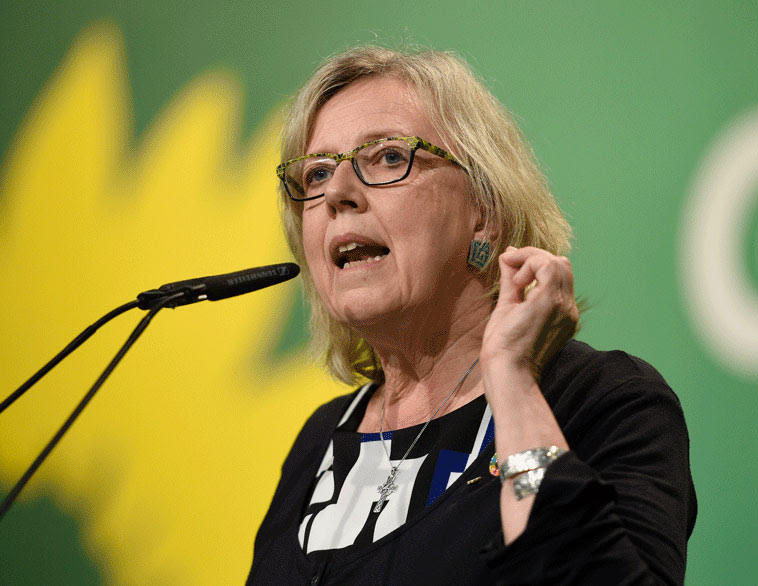 Will the UN's latest bad-news report climate change provide a boost at the polls to Elizabeth May and the Green Party? (Photo: Rainer Jensen/picture alliance/Getty Images)

With the United Nations issuing yet another report warning us that climate change could degrade farmlands and wreak havoc with food supply, it’s little wonder that the environment is turning out to be such a hot-button issue in the upcoming federal election.

With that being true, which party stands to benefit the most from these gloomy environmental predictions? The one that’s seen to offer the most comprehensive solutions toward solving the climate change problem — that would be the Green Party, of course.

The Special Report on Climate Change and Land, released Thursday by the UN Intergovernmental Panel on Climate Change (IPCC), highlights how the “rise in global temperatures, linked to increasing pressures on fertile soil, risked jeopardizing food security for the planet.”

The latest bad-news IPCC report coincides with a recently released CTVNews/Nanos Poll showing that climate change is by far the most important issue that will influence how Canadians vote in the upcoming election.

Although the economy and health care usually dominate ballot-box concerns in past elections, surprisingly, the environment has taken over top spot. According to the poll, here is the breakdown of the top issues that will influence which party or candidate voters support:

Moreover, a Mainstreet Poll found that 68 per cent of Canadians “think that we have a moral duty to future generations to not destroy the environment further, even if that means we pay more taxes in the short term.”

While it would be cynical to suggest that party leader Elizabeth May and her pollsters are quietly cheering on the release of each new IPCC bad-news environmental report, it stands to reason that they’ll heavily promote them, knowing full well of the positive boost they’ll provide at the polls.

On the environment front anyway, bad news is good news for the Greens. Perhaps that helps explain why (according to this latest Mainstreet Poll) the party, which has always been a political afterthought,  is now tied with the NDP for third place behind the Liberals and Conservatives.

World Environment Day: Climate Change Is the Issue of Our Time