Trudeau Broke Ethics Code During SNC-Lavalin Scandal, But Will He Pay at the Polls? 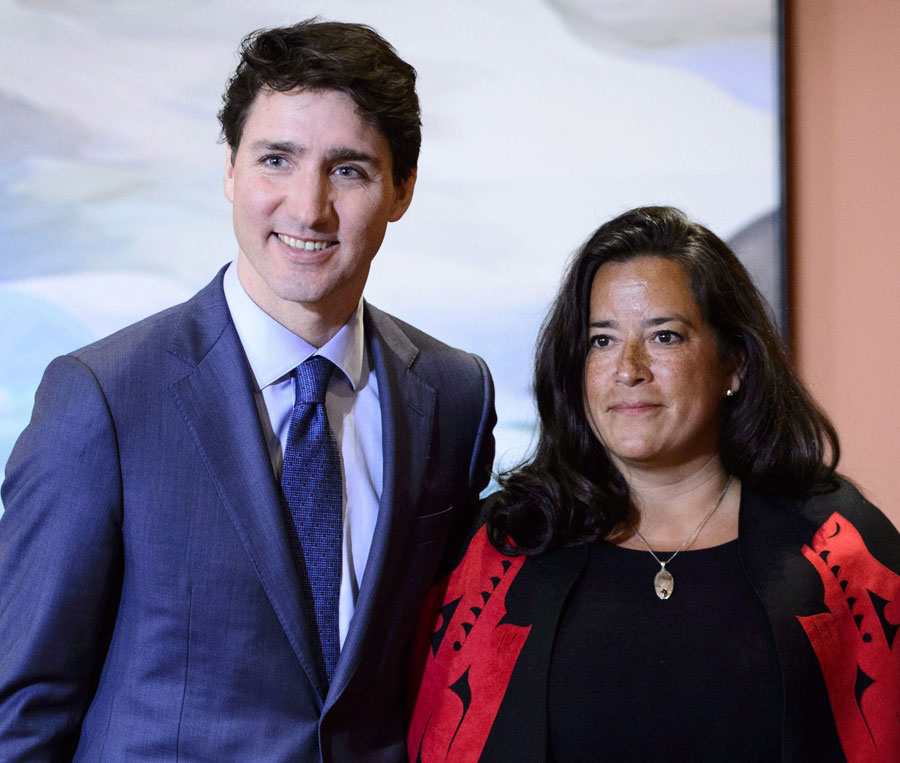 Today’s damning report by the ethics commissioner has breathed new life into the SNC-Lavalin scandal by finding that Prime Minister Justin Trudeau violated the Conflict of Interest Act in his handling of the affair.

The SNC scandal first broke last February when a Globe and Mail article accused the Prime Minister and members of his office of pressuring then Attorney General Jody Wilson-Raybould to halt legal proceedings against SNC-Lavalin, a Montreal-based engineering firm which was facing criminal charges.

Trudeau and his advisors have steadfastly maintained there was no undue pressure and they hadn’t sought to undermine Wilson-Raybould’s authority.

On Wednesday, however, the ethics commissioner found otherwise. In his 58-page report titled Trudeau II, Mario Dion concluded that: “The evidence showed there were many ways in which Mr. Trudeau, either directly or through the actions of those under his direction, sought to influence the Attorney General.”

Dion found that Trudeau violated Section 9 of the Conflict of Interest Act that, “prohibits public office holders from using their position to seek to influence the decision of another person in order to further their own interests, those of their relatives or friends, or to improperly further the private interests of a third party.”

Most of Dion’s report comprises a re-telling of the whole history of the SNC-Lavalin scandal. Based on testimony from all the key players, including: Wilson-Raybould, Gerald Butts (then Trudeau’s principal secretary), Katie Telford (Trudeau’s Chief of Staff), Finance Minister Bill Morneau, Neil Bruce, CEO of SNC-Lavalin, etc.

After compiling all the evidence, Dion concluded that, “The Prime Minister … used various means to exert influence over Ms. Wilson‑Raybould,” wrote Dion. “The authority of the Prime Minister and his office was used to circumvent, undermine and ultimately attempt to discredit … the authority of Ms. Wilson‑Raybould as the Crown’s chief law officer.”

At a press conference in Niagara-on-the-Lake, Ont., Trudeau said that while he accepts the findings of the commissioner’s report, he disagrees with a number of its conclusions.

Trudeau told reporters, “What happened over the past year shouldn’t have happened. I take responsibility for it. We need to make sure that my government or any government going forward isn’t in that position again.” He also claimed that the job of the attorney general is to “stand up for Canadians and defend their interest.”

In his submission to the Ethics Commissioner leading up to the report, Trudeau continued to deny any wrongdoing in in the affair. Instead, he claimed that at no time did he, “use his position as a public office holder to seek to influence the Attorney General’s decision about the prosecution of SNC‑Lavalin, and especially not to improperly further the private interests of SNC-Lavalin.”

While he admitted that “he did not understand Ms. Wilson-Raybould’s perspective on the issue” and that “his relationship with Ms. Wilson‑Raybould had become challenging and tense”, his actions were based on the fact “he was concerned about the consequences to Canadians of a conviction of SNC‑Lavalin” and he worried that “Ms. Wilson-Raybould failed in her duty, as Attorney General, to acquaint herself with all the relevant facts.”

This is now the second time Prime Minister Trudeau has been found guilty of breaking Conflict of Interest laws. (In 2017, he violated ethics law by accepting an all-expenses-paid vacation from the Aga Kahn).

As expected, the opposition pounced on the ruling. Conservative leader Andrew Scheer tweeted that the Prime Minister “used the power of his office to reward his supporters and punish his critics.” And he is using the Ethic Commissioner’s report to renew his call on the RCMP to conduct an investigation into the whole affair.

“Time and time again he has used the power of his office to enrich himself, reward his friends and punish his critics,” said Scheer in a video posted on Facebook. “Justin Trudeau may never face a court of law [for his role in the SNC-Lavalin affair] but he will have to face the Canadian people.”

And NDP leader Jagmeet Singh expressed his dismay, tweeting that “it’s even more clear now that Justin Trudeau is more interested in helping his wealthy and well-connected friends, at the expense of Canadians.”

There’s no argument that today’s ruling will hurt both the Trudeau and Liberal brand. The Conservatives and NDP, who have directed much of their campaign so far into attacking Trudeau’s character and credibility, will have a field day making sure the Liberals are punished. This will likely have an immediate effect on their national polling numbers.

But while Dion’s findings will undoubtedly inflict short-term pain to the Liberals, it’s by no means fatal. That’s because his report doesn’t really change anything for Liberal supporters.

Most Canadians — even the most loyal Liberal voters — accepted the notion that the Prime Minister and his officials tried to strong-arm Wilson-Raybould into acting on behalf of SNC-Lavalin.

But while the opposition and media made righteous statements about such unethical behaviour, die-hard Trudeau supporters were always willing to overlook this sin, convincing themselves that the PM was simply acting out of necessity. In a bid to preserve thousands of jobs, they felt that the end justified the means. Today’s news that Trudeau was found to have breached ethics law won’t matter to them. In effect, they’re parroting the Liberal Party line: “Nothing to see here, folks. It’s just a government doing business.”

So while the conflict of interest ruling may force some undecided voters to think twice about supporting the Liberals in the October election, the numbers likely won’t be overwhelming. He’s already violated the ethics code once and the negative fallout for that was short-lived.

Just look at the poll’s today —the Liberals are in first place despite being battered by a storm of negative SNC-Lavalin media coverage for the past six months. To me, that’s as clear an indication as any that millions of Canadians are sticking by Trudeau.

And they’ll likely continue to give him a pass on SNC-Lavalin, no matter how many ethical breaches he’s found guilty of.