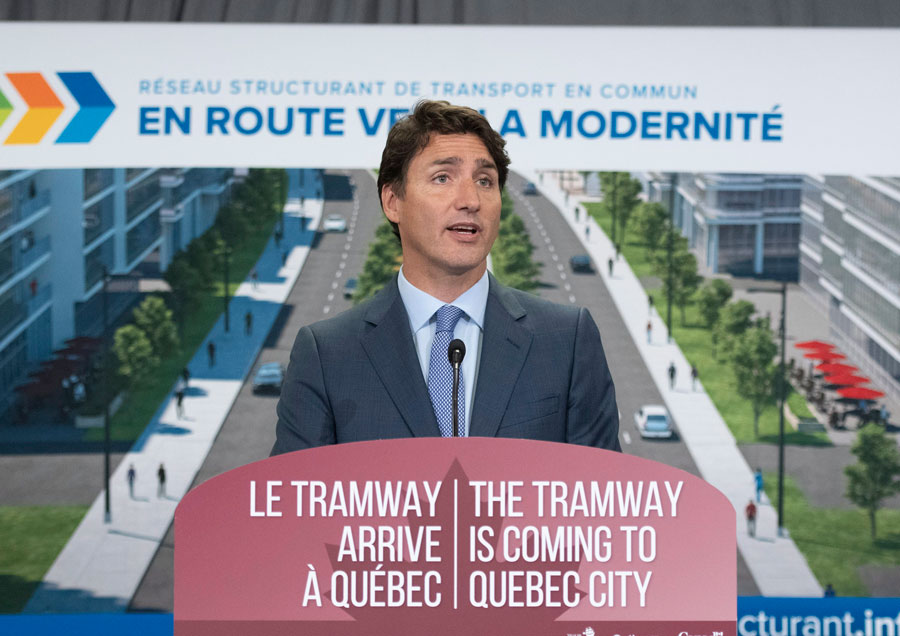 According to an article on Global News, last week alone, Liberal politicians committed $2.85 billion “on everything from fixing up bus stops in London, Ont., to building new dressing rooms at a hockey rink in western P.E.I., to funding a youth exchange program to be run by Tides Canada.”  (Global News tracks government spending by monitoring announcements made on Twitter.)

And (big surprise!) the majority of those (really) big novelty cheques are being dished out to communities in Ontario ($253 million) and Quebec ($1.29 billion), vote-rich provinces that tend to decide elections.

And Rob Oliphant in Toronto with big bucks for subway expansion.

Vancouver Province columnist Mike Smyth colourfully characterizes these announcements, suggesting that Team Trudeau has been “splashing money around like a high-rolling gambler on steroids.” But, make no mistake, he adds: “It also seems to be working.”

Many of these Liberal spending programs were contained in the budget and are only being announced now so they’ll be fresh in voters’ minds when they go to the polls. The unstated aim behind the strategy of keeping your powder dry is to convince enough undecided voters that unless they re-elect a Liberal government, they might have to kiss a big local project good-bye.

The reason behind this sudden surge in government program spending is because the election hasn’t been officially called. When the election writs are drawn up (which should happen some time in early September) all spending announcements must cease.

To be fair, the Liberals are not the only ones who are guilty of doling out pre-election presents. In fact, it’s a time-honoured tradition, one that Stephen Harper used to the tune of $1.4 billion in the weeks leading up to the official start of the 2015 election.

But the difference between then and now is that this current spending binge hasn’t been limited to this pre-election period. A new report by the Fraser Institute suggests that in 2018, government program spending under Justin Trudeau has swelled to an estimated $312 billion (or $8,869 per person) — the highest in Canadian history.

Voters like to see dollars pour into their communities — these funds provide jobs and provide impetus for much needed improvements to the local infrastructure.

Trudeau often defends each new expenditure as being “the right thing to do.” But he could as easily call it “the expedient thing to do.”

Zoomer Primary: Have you voted in our Pre-Election Poll?