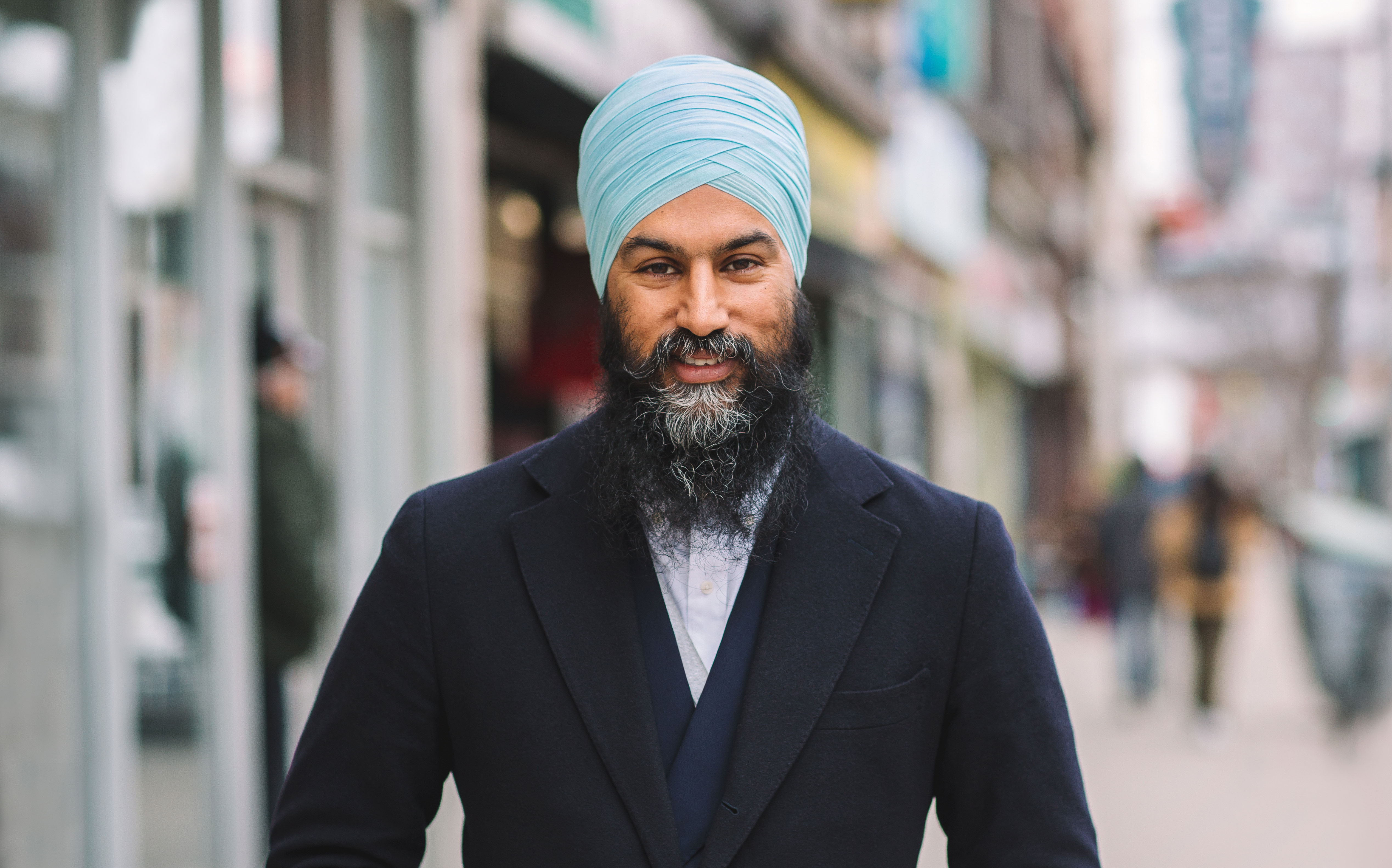 NDP leader Jagmeet Singh confronts the issue of his turban in a new ad aimed at Quebecers. (Photo courtesy NDP)

Not only is the NDP performing badly in the polls (they’re a distant 4th place in most national polls, (including our own Zoomer Primary pre-election poll) but yesterday he learned that 14 former party members from New Brunswick have signed up for the Greens en masse.

The party, which is struggling to raise money and nominate viable candidates, simply can’t afford any more setbacks or fall back any further behind the leaders.

So, in an effort to shore up support in Quebec (where the party currently has 15 seats), Singh has decided it’s time to confront the issue head on.

Singh has struggled to win support in Quebec (recent polls suggest they’re below 10 per cent). A big part of the problem is that Singh wears a turban, which stands out in a province that recently passed legislation banning its civil servants from wearing religious symbols (head scarves, crosses or turbans, etc.)

Yesterday, Singh released a video in French on Twitter explaining why he wears religious head covering.

The video shows Singh wrapping his long hair in a turban and explaining: “Like you, I’m proud of my identity.” It then switches to Singh in a gym, throwing punches and claiming, “I’ve known plenty of injustice to know how to fight — And now, I’m ready to fight for you.”

Not only does the ad portray Singh as a man of action (rather than riding his urban bike, he’s actually aggressively fighting for you), but it draws on the memorable boxing match Justin Trudeau had against Patrick Brazeau that helped dispel the notion he was just a soft, rich kid.

Singh’s performance in the ad shows the kind of fighting spirit that party faithful have been waiting for since he became leader two years ago. Not only is he not apologizing to Quebecers for wearing a turban but he’s saying he’s proud of it.

Karl Bélanger, a past director with the NDP, told the National Post that it was high time Singh addressed this issue. “There is no point in not talking about the elephant in the room,” he said. “Short of him losing the turban altogether, which I don’t think is in the cards, they have to deal with it. Bill 21 is not going to disappear, and so they are trying to make of his difference an asset.”

It’s a wonder why the NDP campaign team took so long to unveil this side of their leader.