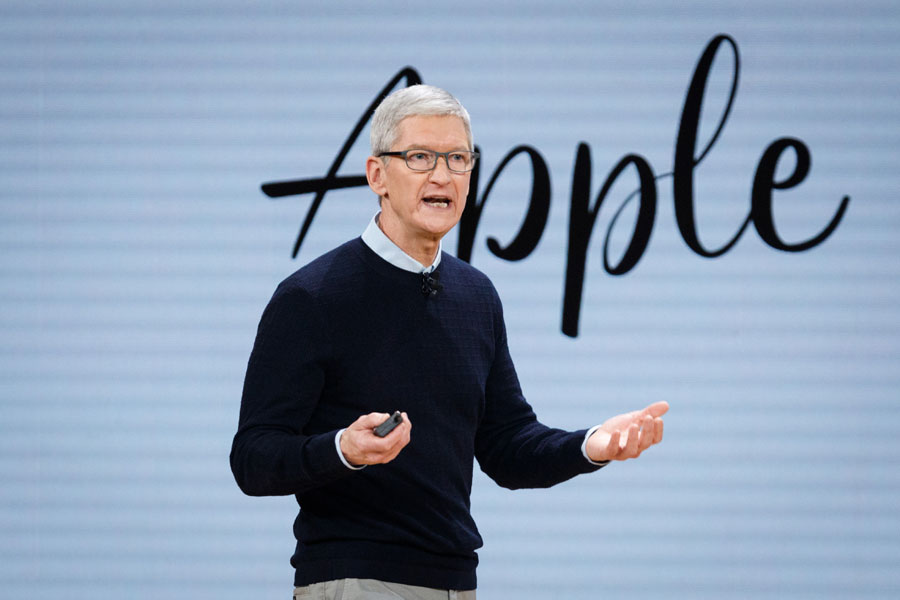 Despite slumping iPhone sales over the last year, Apple chose to stay in their comfort zone with its latest smartphone models announced at a press event on Tuesday.

Apple unveiled two high-end iPhones — the iPhone 11 Pro and 11 Pro Max — each with four-figure price tags, as well as a cheaper model (by iPhone standards).

While the phones don’t look radically different, the company played up improvements to the battery life, camera system and hardware of the new devices.

At the event, Apple CEO Tim Cook called the Pro models “the most powerful and most advanced iPhones, with a stunning design.”

However, the company managed to keep the iPhone 11 — which features a dual-camera system — in the three-digit price range at $979, slightly cheaper than its predecessor.

The cheaper price point may be in response to the company’s recent struggles in the smartphone department. Apple’s iPhones business has experienced double-digit percentage sales declines in each of the last three quarters. According to reports, consumers have been less willing to upgrade from older models of the iPhone and the trade war has depleted demand in China, once one of Apple’s most fruitful markets.

The new phones will become available on Sept. 20.

Apple also revealed Tuesday that its streaming TV service will kick off Nov. 1 and cost $5.99 a month in Canada. They also announced that Apple TV+ will be available in 100 countries and those purchasing an iPhone, iPad or Mac will get a free one-year subscription to the streaming service.

The steaming television service will add to a growing list of alternatives to cable in Canada, which include Netflix, Bell Media’s Crave, CBC Gem, Amazon Prime Video and Disney Plus, which launches a week after Apple TV+.