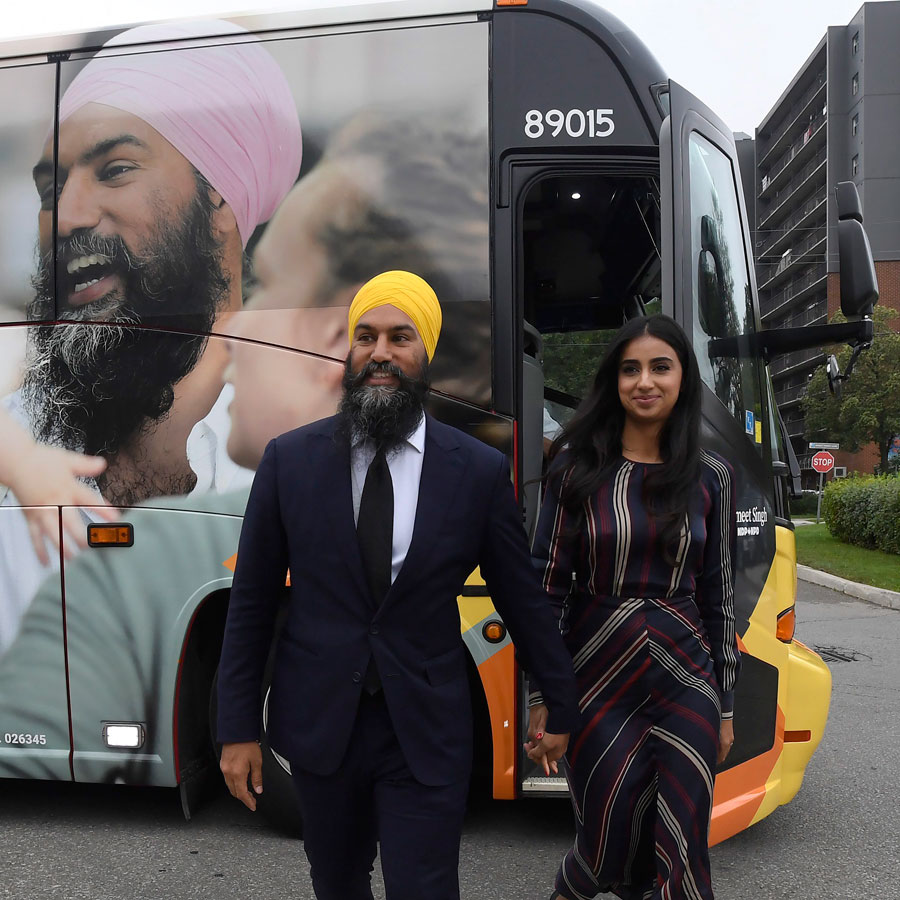 The first day of an election campaign is supposed to be a memorable occasion, an opportunity for parties to launch their campaign and capture voter’s interest with positive, forward-looking messages.

Instead, yesterday’s official kick-off of Election 2019 felt more like a particularly dull session of Question Period.

That’s because reporters seemed far more interested in quizzing the leaders about recent developments in the SNC-Lavalin and Quebec’s Bill 21 stories than they were on discussing each party’s campaign strategies.

Perhaps it’s best we get these distractions out of the way early. That way we can put it behind us and start focussing on the real election issues.

Yesterday Prime Minister Justin Trudeau’s official campaign launch was derailed on two fronts: not only was his plane grounded after being hit by a media bus (a bad omen?), but he also had to field questions about a Globe and Mail article saying that Jody Wilson-Raybould, the former Justice Minister and Attorney General at the heart of the SNC-Lavalin affair, met with RCMP investigators to discuss “political interference in the criminal prosecution of SNC-Lavalin.”

According to Wilson-Raybould, the RCMP requested the meeting to follow up on the report by Ethics Commissioner Mario Dion that said Prime Minister Justin Trudeau had violated Conflict of Interest laws in the SNC-Lavalin affair.

Wilson, however, told the Globe she and other witnesses won’t be able to provide definitive answers until Trudeau waives the cabinet confidentiality. Yesterday, Trudeau said any decision to allow witnesses to speak forthrightly is in the hands of Privy Council Clerk Ian Shugart.

Conservative leader Andrew Scheer argued that the decision lies with the Prime Minister. “It is his decision. He has the power. He needs to stop hiding behind the Clerk of the Privy Council, take some responsibility, waive that privilege and let the RCMP do their job.”

And NDP leader Jagmeet Singh accused Trudeau of “putting up barriers” to a full enquiry. “I would hold a public inquiry. I would ensure that all the confidentiality was waived so that anyone who wants to come forward who has information about this scandal could come forward,” he told reporters.

Bill 21: Which leaders would consider challenging it?

Next on the agenda was quizzing the leaders on Bill 21, the controversial Quebec legislation that bans religious symbols. While it’s a provincial matter, reporters inquired whether any of the leaders intended to step in and challenge the law.

“I am not in agreement with Bill 21. I do not believe that in a free society that we should allow discrimination against anyone.” But he stopped short of saying his government would fight it.

Scheer was more direct, saying his government would have no “intention of intervening in this case.” And while the turban-wearing NDP leader Singh is obviously opposed to Bill 21, he said Quebec, “has the right to legislate in its jurisdiction.”

Party leaders (minus Trudeau) to engage in first debate

Perhaps these responses to SNC-Lavalin and Bill-21 will (at least temporarily) shift the media’s focus to more meaty campaign issues.

Tonight  might help. The TV cameras will focus in on the leaders as they take part in the The Maclean’s/Citytv National Leaders Debate 2019. While Trudeau will be a no-show, it’s the country’s first chance to see how well Scheer, Singh and Elizabeth May perform under pressure. It will be interesting to see what affect Trudeau’s absence has on the proceedings. Should be worth tuning in.

Fight Back an AM740 Radio Podcast: As the campaign kicks off, host Libby Znaimer is joined by Peter Muggeride and David Cravit to discuss where the parties stand in the Zoomer Primary poll.