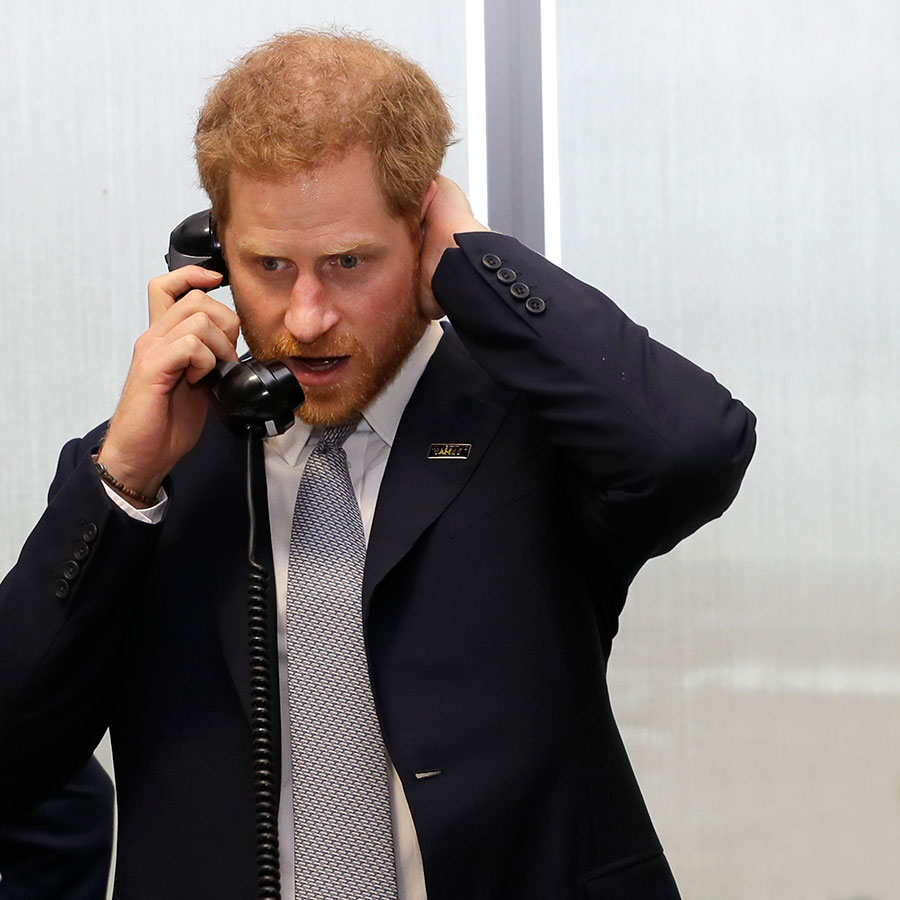 Another legal skirmish has begun between the Duke and Duchess of Sussex and the British tabloid press. Buckingham Palace confirmed today Prince Harry has filed a lawsuit against the owners of the Sun and Daily Mirror over the alleged interception of voicemail messages. Details of who was allegedly hacked, what was revealed and when these intrusions took place have yet  to come to light.

This legal volley comes after the news broke last week that Meghan filed a lawsuit against The Mail on Sunday over its February 2019 publication of a private letter she wrote to her father, after Thomas Markle collaborated with tabloid reporters on stories about his daughter.

The phone-hacking case might explain the intense tone of the statement from Prince Harry that accompanied the first lawsuit. In a blistering letter, posted to the couple’s website, Harry warned of “history repeating itself” and linked his wife’s ongoing “bullying” by the press back to his mother’s tragic fate: “I lost my mother and now I watch my wife falling victim to the same powerful forces.”

At the time, Harry’s statement was considered by many observers to be too emotional, raw and seemingly impulsive for a family known for its careful words and stoic reserve in public matters. More importantly,  released at the peak of a triumphant 10-day Royal tour of southern Africa, it cast a shadow over the last day and muted the good works the Royal newlyweds had done while there.

Unfortunately, this suit brings swiftly to mind the darkest days of celebrity phone hacking by British tabloids. The worst offender, News of the World, was shuttered in 2011 after advertisers boycotted the paper following a trial and a public inquiry into its extensive phone hacking and police-bribery practices. Over nearly two decades, the paper hacked the phones of some 4,000 people, from Prince William and Kate Middleton to palace aides and Paul McCartney, not to mention the Beckhams, Tony Blair, Elton John, Hugh Grant and the families of terror-attack victims and missing schoolgirls.

Phone hacking in Britain has a longer and uglier link to the Royal family than even the Murdoch scandal, involving cringeworthy things we’d really rather not know, thank you. In 1989, an amateur radio enthusiast stationed near Kensington Palace recorded the Squidgygate conversations (so-called after the pet name for Diana by “close friend” James Gilbey). Those wound up in The Sun. Then there was Camillagate. Recorded the same year, the conversations were only leaked to the press after Charles and Diana separated in 1993. A purloined bit of bedtime conversation between Prince Charles and Camilla, now his wife, the tapes famously revealed that the heir to the throne wanted to be his then-mistress’ tampon.

As details emerge from this second legal front for the House of Sussex, Prince Harry indeed has the weight of a long history of Royal privacy violations stoking his ire.