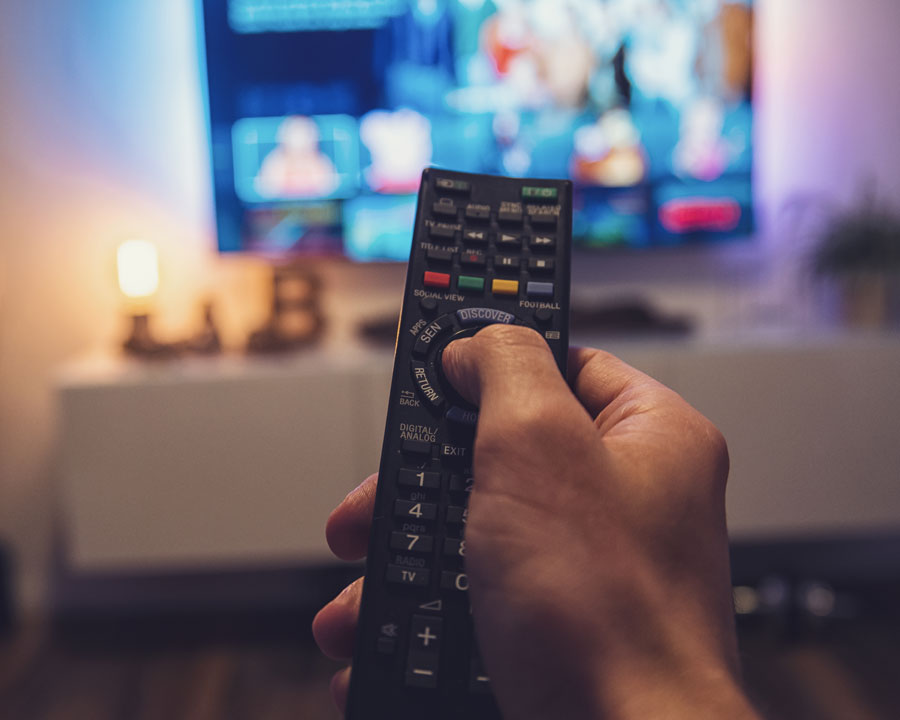 You’re blown away by the image quality of the televisions on sale at your favourite electronics retailer, but when you take one home, it somehow doesn’t look or sound as good as the in-store experience. Don’t fret. It’s not you or your new TV.

Your new flat-panel (or perhaps curved) television just needs a bit of tweaking to get the most out of it. And no, you don’t need a degree in electrical engineering to pull it off.

The following are a few simple tips and tricks to optimize the picture and sound on your new investment.

While it might seem painfully obvious, make sure your main TV source — like your cable or satellite box — is the best your provider has to offer (or rather, the best you can afford). If it’s a couple of years old, make sure it’s at least an HD receiver, but a 4K box is even better. You’d be surprised how many people haven’t updated their rented or purchased TV box in many years.

Consider using an HDMI cable to handle your audio and video. You can pick one up at the dollar store (seriously).

If you prefer to get your content online, such as on Netflix, make sure you have a fast Internet connection for smooth streaming, and if it’s offered by your provider, go with unlimited data.

While not every home theatre enthusiast will agree, a tip to vastly improve the picture quality of your television is to turn up the contrast almost to full and reduce the brightness down to below half. This little-known trick makes blacks blacker, colours richer and gets rid of the washed-out look some entry-level TVs have.

Another approach — especially if you watch a lot of TV during the day and you have a lot of ambient light through windows you can’t control — is to pump up the brightness on your TV a great deal. Sometimes new TVs are set to deliver high brightness by default, which is how the big box stores tend to have them, but you can easily tweak this in the television’s settings.

As for how far back to sit from your TV, it boils down to personal preference, but a general rule of thumb is 1.5 to 2 times the diagonal screen size.

With a 50-inch TV, for example, you can sit between six and eight feet from the screen. But the high pixel density of the newer 4K Ultra HD TVs means you can sit up to 30 per cent closer than you can with an HDTV.

If you still haven’t bought the TV you want to set up in your home, you might measure your wall space before buying a TV or use painter’s tape on the wall to envision the area of your new television to ensure you buy the right size.

Rather than spending a couple of hundred dollars to have someone properly set up your television for you, many LucasFilm, Pixar and Disney discs have a bundled calibration tool called THX Optimizer, and it can be found in the Special Features or Set Up area of the disc. There’s an app, too, but it’s not as easy to use as the disc.

Simply use your DVD or Blu-ray remote to follow the wizard to calibrate your home theatre’s video and audio settings (the latter relates to your audio-video receiver and surround-sound speaker setup). The test will take you through contrast, brightness, colour, tint, aspect ratio (4:3 and 16:9), speaker assignment, speaker phase and subwoofer crossover.

One more thing you might want to change is often referred to as the “soap opera” effect.

While the high-definition or 4K picture certainly looks sharp, you might see something a bit odd about the image. You can’t quite put your finger on it, but that TV show or blockbuster movie you’re watching almost looks like it was shot with a cheap camcorder instead of high-end video camera. You’re certain Fleabag wasn’t filmed on the same set as The Young and the Restless, though it appears to be so.

The “soap opera effect” is really called “motion smoothing” or “motion interpolation,” designed to decrease motion blur and make movements seem more smooth and lifelike. Your new TV might see low frame-rate source material and try to fill in the gaps between frames with additional ones the TV generates to help smooth out fast motion.

If you’re not a fan, enter the settings menu on your television to turn off the feature or at least adjust its intensity. The option can be found under the picture settings menu on most TVs and goes by a number of names depending on the brand, including TruMotion for LG, Auto Motion Plus for Samsung, Intelligent Frame Creation for Panasonic and Motion Flow for Sony.

If you don’t have the budget, space or technical know-how to set up a surround sound system for your home theatre — which usually consists of a multi-channel audio-video (AV) receiver and at least six speakers spread through the room (including a subwoofer for low-frequency bass) — at least consider one of the newer sound bars to add some boom to your room.

Sitting just below or above your television, sound bars house multiple speakers in a horizontal enclosure and deliver multichannel sound from your movies, TV shows, sports and games (or in some cases, simulated surround sound).

Many sound bars include a wireless subwoofer to place somewhere else in the room, plus most sound bars let you stream music from your smartphone, tablet or computer via Bluetooth connectivity.