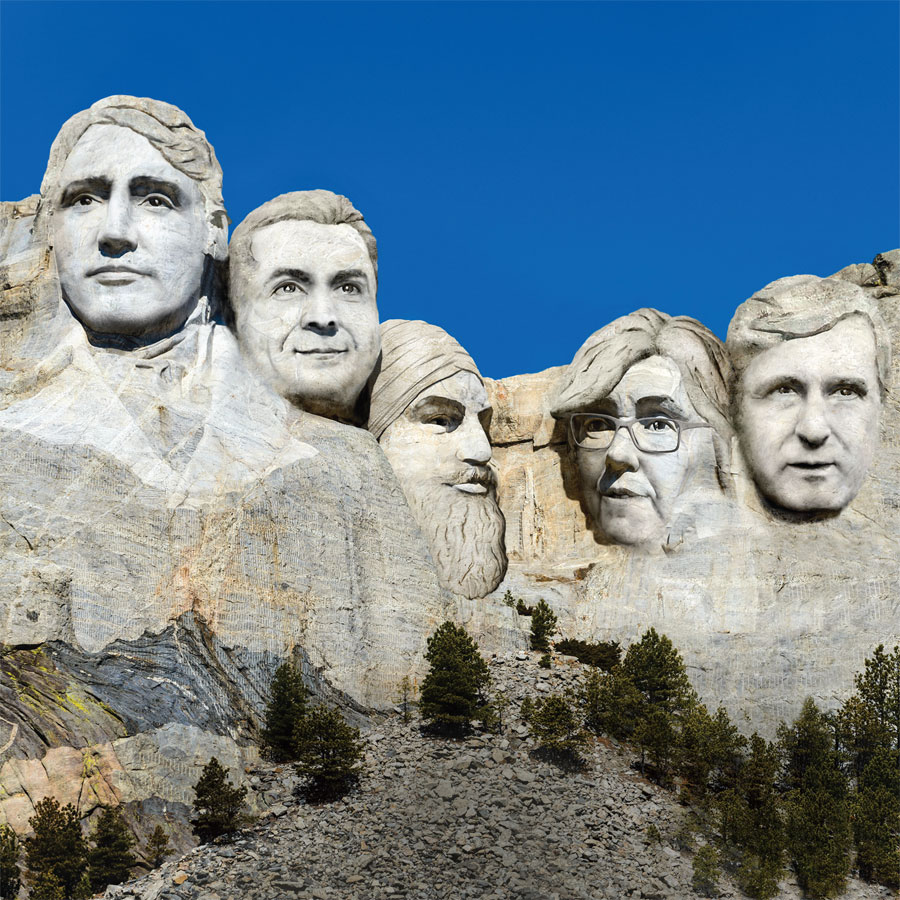 As the 2019 Campaign enters its final days, now’s a good time to reflect on the issues and events that have shaped this year’s election narrative.

Before we take a deeper dive, a big thank you to all of our readers who participated in our Zoomer Primary pre-election poll as well as our weekly “hot-button” snap surveys. These polls have helped us write the story of this year’s election campaign, focusing in on the policies, promises, gaffes and scandals that will influence its outcome.

So we start with the Zoomer Primary pre-election poll, which began tabulating your votes back in August, even before the writs were dropped. Here are the cumulative results so far.

With close to 15,000 votes tabulated, the Liberals under Justin Trudeau have a huge lead in the Zoomer Primary poll with over 42 per cent, a margin that will likely hold right up until election day. Andrew Scheer’s Conservatives are in second with 34, followed by Elizabeth May’s Green Party at 7.5, Jagmeet Singh’s NDP at 4  and Maxime Bernier’s People’s Party  at 2.5 per cent. Note the size of the Undecided votes. At 10 per cent, they could have a huge effect on the outcome.

While the Liberals jumped out to the overall lead in our poll, much of that support came during the early days of the campaign. But as the election wore on, we saw that lead start to fade. If we take a slice of this massive poll and focus on the last two weeks of voting, we get a much better indicator of where the parties stand, one that closer reflects the national standings, where Justin Trudeau’s Liberals and Andrew Scheer’s Conservatives are neck and neck with about 30 per cent. These latest results from the most recent Zoomer Primary polls show a big surge in Conservative support up to 36 per cent and a gradual drop in Liberal voters down to 34 per cent. They also show the NDP surging ahead of the Greens and the Undecided vote rising to over 12 per cent. This huge measure of undecided voters could have two implications: either they sit out the election or, depending on which party they support, they ultimately decide the finally tally.

While our main Zoomer Primary poll gauged where our readers stood on the federal parties, we also ran a weekly series of “hot-button” issue polls that aimed to capture your mood regarding all the key shifts and major developments that have marked the campaign.

In the early days of Campaign 2019, the NDP was floundering in both our Zoomer Primary and the national polls. We asked readers: “Do you think leader Jagmeet Singh can rejuvenate the party in time for the October election?”

If you were in the 8.3 per cent who predicted Singh would “build momentum and surpass the Greens,” take a bow. Nice call.

But is Green too green?

As we entered the first week of September, the NDP was struggling in the polls. This meant the Greens were riding high, enjoying double-digit support for the first time in the fringe party’s history. After Elizabeth May performed well in the Macleans-Citytv debate on Sept. 12, we polled readers on whether they thought “May could successfully convince voters that hers is more than just a single-issue party?”

An overwhelming number of you  — 68 per cent — felt that the Green Party “focuses too much on the environment and only appeals to a narrow band of committed supporters.” As the campaign has worn on, this perception has hurt the Greens causing them to falter in the polls.

In mid-September, the biggest bomb in Canadian election history exploded as pictures and videos of Trudeau wearing black and brownface surfaced and proceeded to break the Internet. As Trudeau was making his apology on his campaign plane, we issued a poll asking readers whether the revelations of these images: “disqualify him as a leader of a political party in Canada? “

It became our most viewed hot-button poll, with almost 70 per cent of readers responding with a resounding “no” when asked whether the Liberal leader should resign. At the time, many Canadians (including the deluge of Liberal supporters who flooded our poll) were ready to forgive Trudeau’s “layers of privilege.” But, over the course of the campaign, the images have served to puncture Trudeau’s progressive brand. And the negative blowback has helped lift Singh in the polls, especially for the dignified way he handled the affair.

In early October, Scheer came under fire on two fronts: not only did he exaggerate his insurance credentials but he also covered up the fact that he held American citizenship. We asked readers whether these two factors “hurt Scheer’s credibility?”

The majority, 54 per cent, felt Scheer’s coverup “wasn’t a big deal,” but 46 per cent felt otherwise. While these gaffes were much discussed at the time, as the campaign unfolded, they have largely faded from the discussion.

Throughout the early part of the campaign, climate change became the No. 1 issue for young voters. In an effort to determine whether this applied to older Canadians, we asked: “Which issue is most important to you?”

For our older audience, climate change (23.4 per cent) finished behind “taxes and spending” (28.1 per cent) and “health care” (27.5 per cent)  as issues they felt more important in this election. This might help explain why the Green platform did not resonate in the Zoomer Primary polls.

On Oct. 7, voters watched the only English-language televised debate with all six leaders present. After the mostly chaotic affair was over, we asked viewers who they thought “delivered the best performance?”

Our readers shared the opinion held by many Canadians: 34 per cent said Singh won the debate. This poll also found that viewers felt Trudeau gave the worst performance of the night. Not surprisingly, in the week following the debate, the NDP began to rise in the polls and the Liberals began their precipitous fall. Who says debates are useless?

Instead of discussing issues, Campaign 2019 has largely centred around the lack of credibility or popularity of the two front-runners: Scheer and Trudeau. With the lack of meaningful platforms aimed at addressing concerns of older Canadians, we asked voters if they felt that “issues affecting older voters have been ignored?”

This was a ­landslide — 46 per cent said that the leaders were ignoring seniors issues and another 40 per cent agreed, claiming it happens every election.