Upsets, Campaign Misfires and More From the Canadian Federal Election 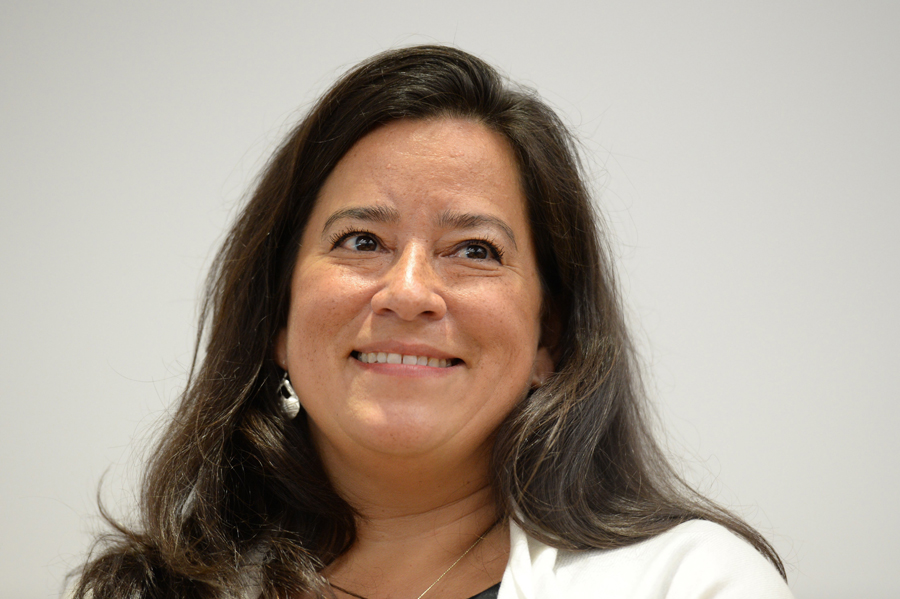 Jody Wilson-Raybould photo by Jonathan Hayward via The Canadian Press

Call it a mere spanking rather than a beating, or say that he was a couple of unfortunate dress-ups and make-ups away from a majority. Still, dropping from strong majority to minority government can’t be called a victory. It’s more like hanging on by the edge by your fingernails and hoping the other guy — in this case, the NDP — gives you a boost instead of stomping on your grip.

Now, as much of the world moves toward the political right, a reliance on the NDP will shift Canada more to the left.

The good news, for most of us, is that Canada didn’t go all right-wing rogue like many of our allies — and our southern neighbour. Instead, it’s bye-bye Bernier.

Maxime Bernier, better known as Canada’s Trump wannabe and our very own home-grown populist, who founded and led the People’s Party of Canada, lost his Beauce, Quebec seat. The federal leadership wannabe has become, potentially, a political hasbeen. The Rhinoceros Party candidate with the exact same name — Maxime Bernier — who ran for the exact same seat also failed to get elected. A little light nonsense is always nice to distract from so much serious nonsense.

I’m talking about you, Faith Goldy — one of the biggest players in the election who wasn’t actually running for election. Rebel Media fired the journalist in 2017 after she appeared on a podcast associated with a white nationalist website following the deadly Charlottesville “Unite the Right” rally, and her 2018 Toronto mayoral bid proved a failure, but that didn’t stop Goldy from inserting herself into the 2019 federal election. During the campaign both Trudeau and Ottawa area Conservative designer-turned-candidate Justina McCaffrey attempted to distance themselves from prior associations with her, earning Goldy the title of “most dangerous woman not on the campaign trail” from the National Post. In the end Trudeau was left with his minority government while McCaffrey failed to best her Liberal opponent Karen McCrimmon in the Kanata-Carleton riding, so you can decide for yourself how dangerous Goldy turned out to be. And maybe, just maybe (keep your fingers crossed) with the lurch away from the extreme right, we’ve heard the last of Goldy and her putative podium and drinking companions.

Another PPC loser: Renata Ford, sister-in-law of Ontario Tory leader Doug Ford and widow of former Toronto Mayor Rob Ford. Maybe she should’ve run for the Rhinoceros Party instead? Doug Ford was a key player in the election because he wasn’t a key player. Were the Tories wise to keep him caged?

It sure didn’t help Lisa Raitt, former cabinet minister and deputy leader of the Conservatives. She lost her Milton, Ontario seat to novice Liberal candidate Adam van Koeverden, whose claim to fame is kayaking — for which he won four Olympic gold medals. He also happens to be very photogenic, which the Liberals know from experience serves them well.

Maybe Raitt needs to take up a sport and excel at it. Her own explanation: “We just don’t have data on everybody who’s moved into town and how they feel and what they think.” Yeah, right, Ms. Raitt, blame it on the migrants to Milton.

Longtime Liberal MP and Cabinet minister Ralph Goodale, 70, lost his Saskatchewan seat, Regina-Wascana, after 26 years. His solo tour of duty as the single Liberal Saskatchewan MP was brought to an end by the Tories’ rabid urging, via blanketing billboards, to send a message to Trudeau about the west’s disaffection. It didn’t help, either, that Goodale was high-profile in handing $10 million to Omar Khadr.

Want to hear about a big winner? That has to be Jody Wilson-Raybould, who held onto her Vancouver-area seat as an Independent, demonstrating unequivocally that she did the right thing for her constituents and, presumably, the country in telling on Trudeau’s SNC-Lavalin dealings, despite being subsequently kicked out of the party.

Sadly, but not unexpectedly, other significant parts of the country went their own way — Alberta and Saskatchewan to the Tories, Quebec to the Bloc.

The west was angry about the carbon tax and pipeline delay, Quebec was put out, well, about almost everything, as always, but especially about the Liberals being coy about the controversial Quebec law around the wearing of religious gear at work in public jobs.

Then there’s British Columbia doing its own magical thing, with all four parties sending candidates to Ottawa plus an Independent, including a sprinkle of Green with party leader Elizabeth May holding her seat and NDP leader Jagmeet Singh keeping his.

One opinion heard out and about today from a frustrated voter: “For a country like Canada, none of the party leaders is qualified to lead the country, None are leaders. In a world with major problems, internally and internationally, none are measuring up to Merkel, Putin and Macron.”

However, the comment I like best and, I think, sums up the results of the 2019 Canadian federal election, is one about Trudeau attached to a New York Times story about the election: “He may be a little phony, but he is a phony in a good way, and he actually cares about Canada.”