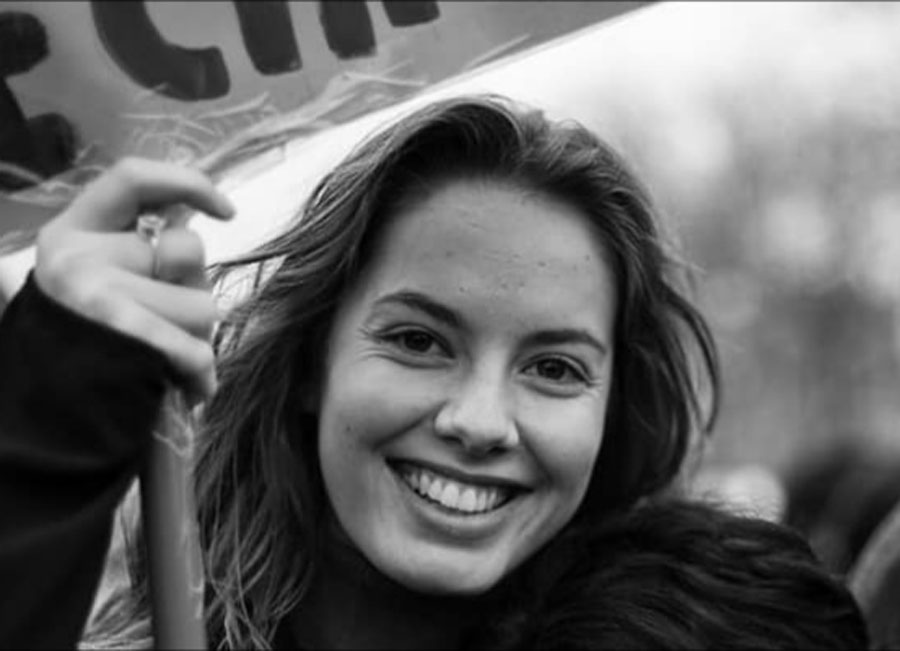 As Swedish climate activist Greta Thunberg stood beside them on the steps of the Vancouver Art Gallery, 15 Canadian youths announced they had filed a lawsuit against the Canadian government for infringing their Charter rights to life, liberty and security of person.

They say Canada’s contribution to greenhouse gas emissions and climate change is endangering their future, and the federal government’s inaction also violates the equality section of the Charter of Rights and Freedoms, since young Canadians will bear the brunt of the fallout from a rapidly warming planet.

“I don’t want to die before I even get a chance to live,” Sàj Starcevich, 13, of Melfort, Sask., told the crowd gathered for Friday’s climate strike.

Here, in her own words,  18-year-old Ella Noel explains to older Canadians why youth are standing up for the planet and why she joined Thunberg in the massive Global Climate Strike in Montreal on Sept. 27, 2019:

My name is Ella Noel and today I am taking part in the Global Climate Strike in Montreal.

I am a second-year student at Dawson College in Montreal and an executive member of the school’s Green Earth Club. I am marching today because our leaders are failing us and young people everywhere have decided to do something about it. I don’t see the point in going to school when my very future is uncertain. We are acting like adults because no one else is.

Swedish climate activist Greta Thunberg has proven no matter how small we are, or how small our movement is, we can still be heard. She is not protesting in front of us today, she is protesting with us. She is showing students that she is more than a symbol, she’s a kid. She started off as a young girl with dreams and determination. And that gives me hope for what we can accomplish together if we all have the same dream.

Older generations have focused on economic growth and development without thinking about the long term or what they’re leaving future generations. They have continuously ignored the scientific proof that our system is not sustainable. We need you to hear us and understand that we want the healthy earth you have benefitted from. I hope these demonstrations will send a clear message that we will not accept such a poisoned inheritance. We need older people to join us and demand immediate political action. Every vote counts.

I am sometimes asked why this issue means so much to me. But I don’t see why it should matter more to me than to anyone else. No matter how old you are, where you come from or what your values are, your house is on fire. Mine is too.

We are facing an environmental emergency. The UN Intergovernmental Panel on Climate Change suggests we have only 10 years to turn things around and keep the planet from reaching a two-degree Celsius increase in global average temperatures. If we were to meet the goals of the 2015 Paris Agreement, which, where world leaders pledged to keep average global warming temperatures between 1.5 and 2 degrees C, we would need to reduce fossil fuel consumption by 50 per cent by 2030, and eliminate it completely by 2050.

This is technologically possible. The difficulty is finding the political will. Although all of us know the system needs to change, we are not treating it like an emergency. Politicians are offering us breadcrumbs to show us they hear us, but it is not enough. It’s so frustrating when I make environmentally sane choices on an individual level — like using public transport or reusable straws — when none of it really matters if the biggest players don’t change their ways. One hundred companies are responsible for 71 per cent of global emissions, and governments are allowing this to happen.

What I see around me are people afraid of electing the Green Party or NDP simply because they have never held political power before. What scares me more, however, is electing yet another government that will give us more of the same. Politicians keep prioritizing the economy, an economy whose very environmental base is threatened. All they talk about is money while our ecological systems are collapsing around before us.

We need to make a choice about what to prioritize and elect a government that will defend our true and most important interests. In terms of carbon emissions, the Liberals and the Bloc Quebecois both want a carbon tax and the Conservative Party and the People’s Party want to eliminate it, painting it as a tax grab that will make life more difficult for Canadians.

The Green Party and NDP both support the carbon tax and both want to go further in tackling climate change. Green Party leader Elizabeth May has pointed out that we need to do much more than just impose a carbon tax in order to keep global warming under 1.5 degrees and meet the targets set by the Paris climate agreement. The Green Party seeks to reduce Greenhouse Gas Emissions by 60 per cent by 2030, a plan that includes cancelling the Trans Mountain pipeline project  (oil sands account for about 10 per cent of Canada’s greenhouse emissions. The NDP promises to put climate targets into legislation and have regular audits of our progress.

The fact is, Canadians are some of the very worst contributors to climate change. Among the G20 countries, Canada produces more greenhouse gas emissions per capita — 22 tonnes per person per year — nearly three times the G20 average. Given this, it would seem that a carbon tax is both necessary and also not enough.

Students like me are taking to the streets because we are not satisfied with the government’s insufficient plan of action. I am 18 years old and this upcoming election will be my first opportunity to vote. I will vote by thinking about what is best for my future and for those of high-school students protesting every Friday. While they are not yet old enough to have a say in who is elected, they seem to see much more clearly than most. I will vote for my children to have clean air.

Some people feel that the situation is hopeless. But it isn’t.

We do have power. We have the power of democracy on our side, if we get it right. The fact that so many people have been inspiring each other to march and protest for the environment is a sign that the tide is about to turn. We can change if we choose to.

You don’t have to be in the streets to be with us. Support comes from the choices you make.