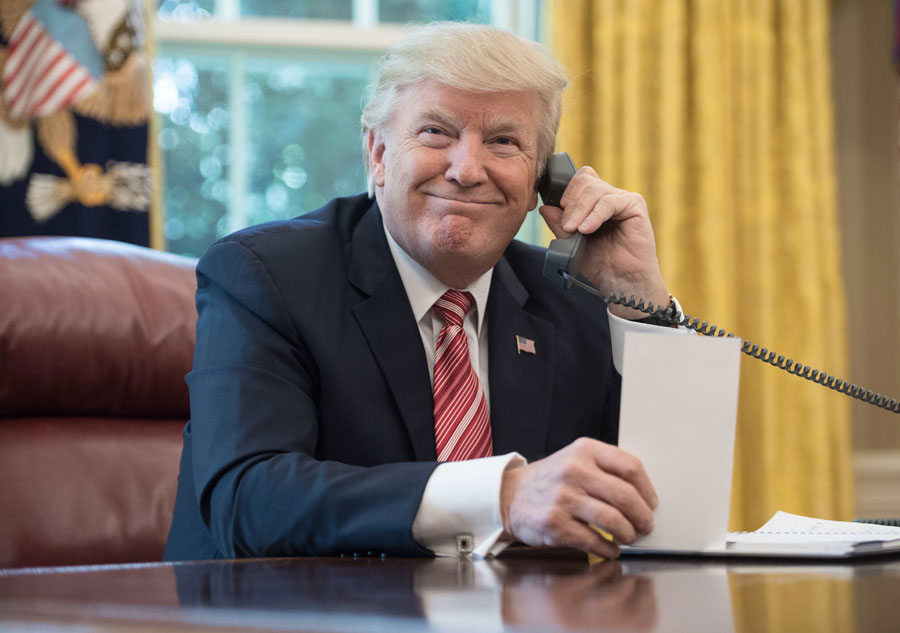 Maybe you, like me, have been watching or listening to the live televised impeachment inquiry hearings.

Maybe not. Maybe you’ve been doing something more useful with your time, like playing Spider Solitaire on your phone or previewing Black Friday sales.

So, for the benefit of all of us who are watching or not, who still can’t figure out whether the Three Amigos are good guys or bad guys, or why Ukraine is suddenly at the top of the news when heretofore it has been known mostly for Chicken Kiev, and whether Vladimir Putin is enjoying the impeachment inquiry spectacle to the point of orgasm, here is a cheat sheet about what an impeachment inquiry is and is not, at least in the U.S.:

It is a hearing and investigation of wrongdoing by a government official.

It is not a criminal trial.

It is not a conviction.

It is not what happened to Don Cherry.

If Trump were found by Congress to be guilty of impeachable offences — the “high crimes and misdemeanours” detailed in the American constitution — he could be removed from office.

Actually, we boomers should already know all about impeachment. After all, this ain’t our first time at the rodeo.

But to borrow from Tolstoy’s famous quote about how happy families are alike, all impeachments are not alike.

During President Nixon’s impeachment inquiry in July 1974, he was found guilty of obstruction of justice, abuse of power, and contempt of Congress because of a cover-up. Members of his re-election committee broke into the Democratic Party’s headquarters in the Watergate offices, trying to go through files and to plant listening devices. Nixon tried to cover this up.

He lied. The media exposed his unethical behaviour. He resigned before he could be removed from office because taped conversations revealed his guilt. In those days, even one lie by the U.S. president was a very big deal and the media was revered. Imagine that!

President Clinton was impeached because of, er, not a cover-up but an uncovering or, to be more precise, an unzipping. He got a blow job from an intern in the Oval Office but got away without losing his presidency because, well everybody was having sex everywhere in those days. Imagine that!

Clinton didn’t exactly lie to the American people but he did launch an unprecedented national discussion about the definition of sex when he insisted, “I did not have sex with that woman.” He didn’t mean Hillary, but who knows for sure?

He was, however, charged with lying under oath to a federal grand jury and obstructing justice.

Both Nixon’s and Clinton’s impeachment issues were domestic, without the involvement of other countries. Both questioned the ethical behaviour of the nation’s leader but were without corruption charges. Both had Deep Throat or deep throat involvement. We thought these were major scandals. Little did we know.

The current impeachment is an altogether different animal, although both Nixon and Trump were accused of trying to get dirt on their opponents.

This impeachment inquiry has a whistleblower who is saying that the president was engaged in corruption, bribery and abuse of power to further the president’s personal goals, whether re-election, financial gain or vengeance against enemies. Likely, all of that and more.

In brief, did he want to exchange financial aid to Ukraine that had already been approved by Congress for a Ukrainian investigation that would implicate his political rival, Joe Biden?

Calling this a “quid pro quo” is probably giving it more dignity than it deserves.

So much is so different this time.

For one thing, while witness and former Ukraine ambassador Marie Yovanovitch was being questioned at the Friday hearing, Trump tweeted negatively about her, saying that “everywhere she went turned bad.” She said she felt intimidated when told about it while she was being questioned. Adam Schiff, leading the questions for the Democrats, suggested darkly that this may be “witness intimidation” on the part of the President.

Yovanovitch believes she was removed from her ambassador position by Trump — she’s “bad news,” Trump told Zelensky — so that the Ukrainians could proceed with their investigation of the Bidens.

Meanwhile, Trump is insisting that this impeachment inquiry is a witch-hunt and a joke. He says he was just encouraging the Ukrainians to attack corruption in their country and that Yovanovitch was an obstacle to that and had to be removed. His opponents accuse him of “weaponizing corruption.”

And still, his base has got his back and probably always will, no matter what.

However, the walls may be closing in on him.

While Yovanovitch was still being questioned Friday — in quite the split screen — one of Trump’s many former campaign managers, Roger Stone, was convicted of lying to Congress, witness tampering and obstruction. Reportedly an expert in “opposition research,” he was the 2016 Trump campaign WikiLeaks connect and has a Richard Nixon back tattoo.

Could Trump consigliere and master Ukraine meddler Rudy Giuliani be next?

“This,” said the counsel for the House Republicans as he prepared to question Yovanovitch, “is a crazy environment.”

So far the best sum-up of this whole sordid situation is the inelegant but succinct observation of George Kent, the top State Department Ukraine expert, during his testimony this week at the inquiry:

And by the way, there may or may not have been a “Black Ledger’ listing millions of dollars in secret cash payments from ousted pro-Russian Ukrainian President Viktor Yanukovych to Paul Manafort, another former Trump campaign manager now behind bars.

But enough of this. Can we leave the Black Ledger behind and move on to more important things — like Black Friday?

Nancy Pelosi: A Powerhouse In Politics and Fashion