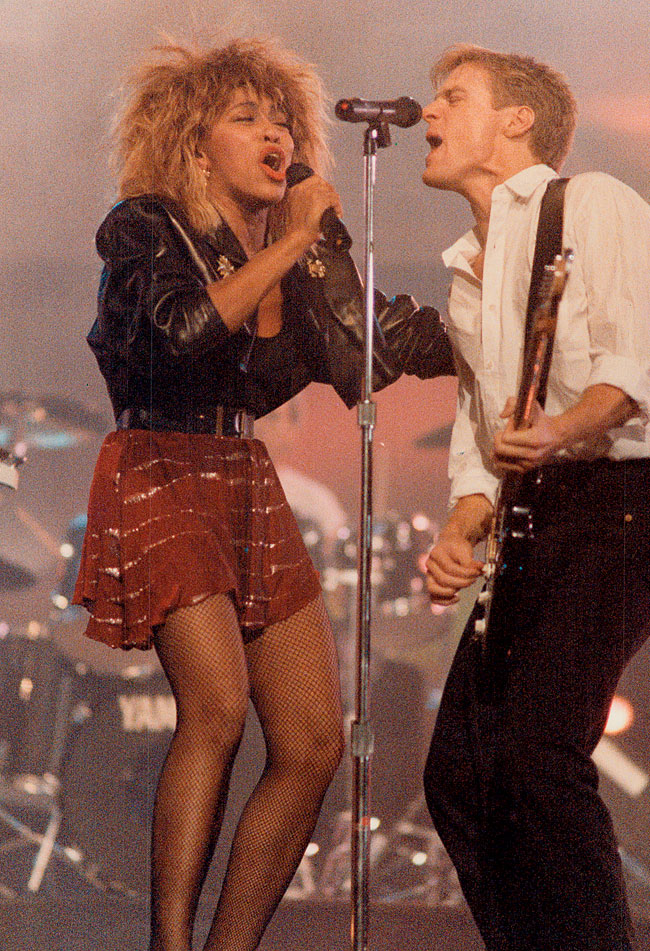 “She was spectacularly Tina.”

That meeting with Turner, to discuss their 1985 collaboration on the hit song “It’s Only Love,” culminated in a number of musical projects — but their collaboration didn’t end there.

Adams and Turner reconnected years later with the Canuck rocker turning his lens on the queen of rock ‘n’ roll — photos that ran in the Dec 2018/Jan 2019 issue of Zoomer.

For the same issue, Zoomer Editor-in-Chief Suzanne Boyd interviewed him about his decades-long friendship and collaboration with Turner.

Zoomer Magazine: You wrote the 1984 hit “It’s Only Love,” recorded and famously performed with Tina Turner. How did that come about?

Bryan Adams: Tina was making the album Private Dancer, and her producer Carter (RIP) called me up and asked me to write a song for her, but I was making the Reckless album at the time and didn’t have a spare song … or did I? I asked him if she’d sing on my album and hoped to hear back.

Toward the end of making my album, I heard that Tina was coming to Vancouver as the support act for Lionel Richie. As I hadn’t heard back, I sent a copy of the song to her manager, Roger Davies, who asked if I would meet Tina after her show — which I did, and it was spectacularly Tina. There were a lot of people backstage but I could see her hair coming down the hallway above everyone. It was unmistakable. She shuffled though the crowd, and I could hear her saying, “Where is he? Which one is he?”

ZM: When did you become aware of her? Were you always a fan, and why?

BA: I became aware of her voice from hearing “River Deep, Mountain High.” There were a few female voices I loved growing up, but Janis Joplin and Tina were my main ones. Then there were Carole King and Joni Mitchell, who took me to another place. I loved Tina’s voice because, like Janis, she seemed completely unbridled.

ZM: When and where did you do the shoot? And, what did you want to capture about Tina in the photos?

BA: This shoot was quite some time ago in Switzerland. Like all things
Tina, it’s best to go with the flow. I simply set up and let her do her thing … I think there was some music playing. In seeing some of her earlier photos, I wished I’d more time to get some of her really dancing.

ZM: What is Tina like to work with, both musically and as a photographic subject?

BA: It was so much fun. A couple of favourite moments were in the studio producing her Grammy Award-winning performance of “Back Where You Started” and then producing her again on a song for the film What’s Love Got To Do With It. The song was called “Why Must We Wait Until Tonight,” which is another first-class vocal performance.

This article was originally published in the Dec 2018/Jan 2019 issue of  Zoomer with the headline “High Notes,” p. 8.