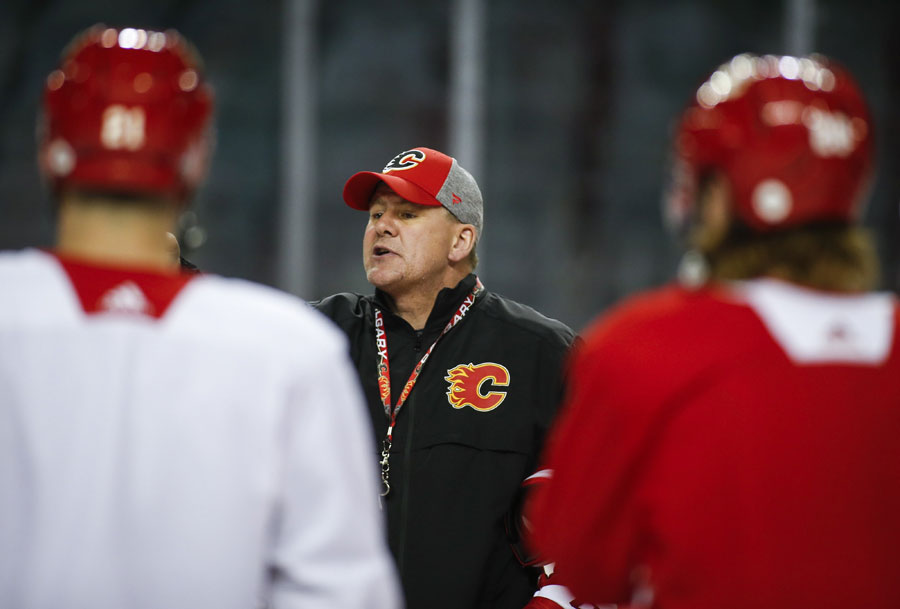 For the longest time, the sport of hockey and its fans stayed loyal to a deeply ingrained traditional mindset, refusing to adapt to the changing times. We’ve always considered it a physically and mentally demanding sport, played by battle-hardened warriors who wouldn’t dare question the marching orders of their autocratic coaches.

But three recent developments suggest that many younger hockey players, not to mention a new wave of fans, are no longer comfortable with what they consider to be an outdated ethic. And much to traditionalists’ dismay, the first casualties in this generational battle are coming on side of the old guard.

First came Don Cherry’s ouster over his ill-advised accusations that new Canadians (“you people”) are disrespecting Canadian troops by refusing to wear a poppy. Next came the firing of Toronto Maple Leaf’s coach Mike Babcock, whose old-school tough-love tendencies created a revolt in the locker room, provoking his young team to quit on him. And finally on Friday, we had Calgary Flames coach Bill Peters resigning in the wake of a former player accusing of him of uttering a racist slur.

All three incidents are revealing in their own right, but they add up to one inescapable reality — that long-held and cherished beliefs about how hockey is run are no longer acceptable. The so-called “code” is under vociferous attack by millennial players and fans, as is any coach who is foolhardy enough to cling to it. The traditional omerta-like silence that has long prevailed in hockey locker rooms — from kids’ leagues all the way up to the pros — has been broken, and there’s no going back.

The code of hockey

Over its 100-plus years of history, an unwritten code of conduct has been ingrained into NHL locker rooms. The basic premise is that the individual player must check his ego and personality at the door, sacrificing everything for the good of the team. The code is wide-ranging but generally boils down to these four rules:

Besides discouraging locker-room mutinies, these hard-and-fast rules helped create cult of personality around coaches. Each team had an all-powerful bench boss, a four-star general who lead his soldiers into action, orchestrating their every move from behind the bench.

Because of the power bestowed on coaches by this code, these dressing-room dictators built up a level of power to do or say anything without being called out on it. Any player who dared criticize or question this authority did so at his own risk — he either became labelled a “whiner” or a “locker-room cancer,” and were either sent down to the minor leagues or traded to another team for their efforts.

This my-way-or-the-highway mentality certainly played a factor in Bill Peters’ tirade against Akim Aliu 10 years ago. According to Aliu (who is black), Peters, 53, (whose buzz cut and demeanour suggest he was cast by Hollywood to play the role of grizzled coach) walked into the dressing room and started lashing out against the player’s choice of hip-hop music. Aliu recalls the conversation going something like this: “Hey, Akim, I’m sick of you playing that n***** s***. I’m sick of hearing this n****** f****** other n****** in the ass stuff.”

The outrageous words Peters used become even more shocking when we regard the offended player’s reaction — or lack of it. Aliu’s response at the time was typical of how players dealt with such matters — “I just sat down in my stall, didn’t say a word,” he said.

If Peters uttered anything remotely similar today, the offended player would have taken to social media, and the coach would have been fired on the spot. And the fact that it took a decade before he finally had to answer for it shows how times caught up with him. Perhaps even more telling was that not one of the Flames current players publicly spoke out on their coach’s behalf.

That’s because today’s players or fans wouldn’t sit back and not say a word. Tradition be damned, say this generation, if a coach says or does something unacceptable, they’re going to call him out on it.

Look no further than the Don Cherry firing. Although he hadn’t been behind the bench for 50 years, the 85-year-old Canadian icon was an avatar of the old-school code and tradition. During Coach’s Corner segments, he regularly impugned players’ toughness, questioned their work ethic and routinely pointed out their ethnic origins as an explanation for everything that was wrong with the game. If you weren’t a good ol’ Canadian boy or played the game according to these tastes, you were made a pariah.

Cherry got away with this act for 40 years and remained hugely popular until he went too far with his “poppy rant.” In today’s climate, a tidal wave of social media backlash called out his xenophobic behaviour. Amidst all the negative reaction and fearing a boycott of sponsors, the Sportsnet bosses had no choice but to turf him. The “cancel culture” mob inevitably made its voice heard, and Cherry was silenced.

Mike Babcock, 56, is yet another coach who was caught off guard by the generational shift in hockey mentality. Until he was fired recently by the Leafs, Babcock was considered a  legend, a sure-fire Hall of Famer whose success is indisputable — he led the Detroit Red Wings to a Stanley Cup and Team Canada to  multiple international gold medals.

A no-nonsense personality, Babcock seemed incapable of relating to today’s millennial hockey player. His bull-headed emphasis on his cherished system alienated younger stars like Auston Matthews, Mitch Marner and William Nylander, none of whom felt it fit their style of play. Babcock despised the work habits of these young stars and would publicly chastise young players who bucked his system, instead, rewarding the veterans who adopted it.

Until recently, Babcock’s approach would have worked out just fine with the full support of management. However, in this enlightened era, the kids felt he was stifling their creativity — the high-priced young guns wanted to have fun out there, showing off their video game-like skating and puck-handling skills, not to mention their colourful goal-scoring celebrations.

In past generations, players would have kept their heads down and bowed to Babcock’s mannerisms and philosophy. But this young group won’t play by the old rules and rebelled. They all but quit on their coach during a recent six-game losing streak, essentially voting by their desultory style of play to impeach him.

When Babcock was replaced by 39-year-old former Toronto Marlies coach Sheldon Keefe, the move paid immediate dividends. The lifeless Leafs ripped off a three-game winning streak, and the players seemed motivated, energized and happy without Babcock behind the bench.

Notice a trend here? Fun and free hockey is what millennials want. They want a young coach who speaks to them on their level, embraces their talents, nurtures their fragile psyches and collaborates on system. They don’t want an over-bearing old guy glowering, demeaning or bullying them into following every old hockey tradition.

Whether you like it or not, hockey is undergoing a generational sea change. The people who run hockey realize the sport must adapt or die, especially if it wants to capture some of the young, diverse fan-base that showed up in the millions at the Toronto Raptors’ victory parade last summer.

Change is inevitable, even if it means breaking the code and ignoring tradition. And there’s nothing an old-school coach can do about it.