Not Child’s Play: The Serious Innovation Behind Toy Making 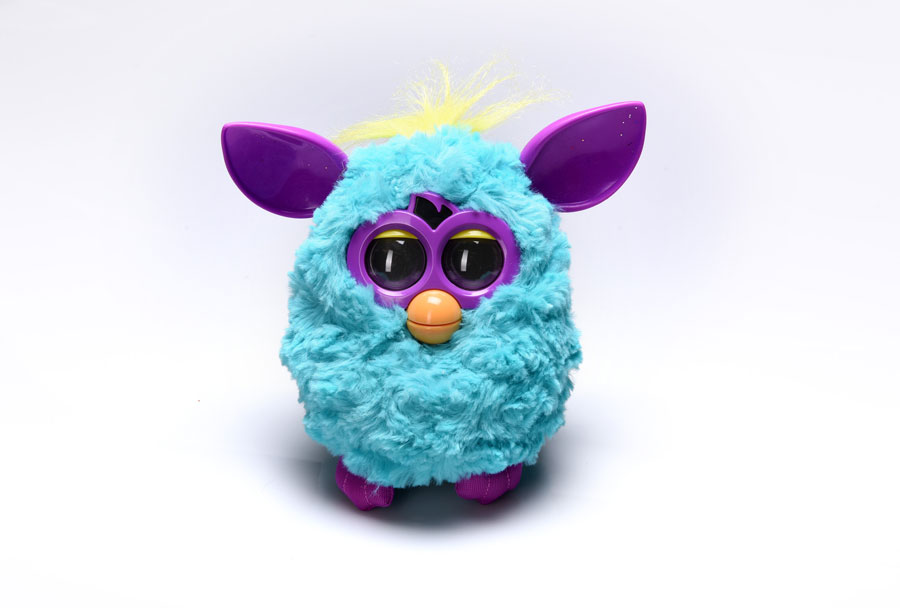 The Hatchimal frenzy of 2016, much like the Furby (pictured here) craze of 1998 or the Cabbage Patch dolls riots of 1983, are stark reminders that toy making is no kids’ game. Photo: Bill O'Leary/The Washington Post/Getty Images

Parents of young children will remember the Hatchimal frenzy of 2016, when a cute chick that hatches by itself took the toy market by storm during the holiday season.

The overwhelming popularity and instant shortage of Hatchimals left many scrambling and frustrated, and saw opportunistic third-party dealers sell the coveted $60 toy for hundreds of dollars. Worse, some had to explain to their kids why Santa would not be able to deliver on this year’s list.

The case of Hatchimals, much like the Furby craze of 1998 or the Cabbage Patch dolls riots of 1983, are stark reminders that toy making is no kids’ game. Yet, despite a global toy market that weighs US$90 billion and directly contributes to 300,000 jobs in the United States alone, most parents go about their holiday shopping without considering the creativity that goes into developing toys.

Over time, consumers have come to expect a never-ending influx of new toys. Take for instance Lego, known for rolling out over one hundred original sets of bricks every year. Or the fact that more than 5,000 toys are currently available online, many of which, such as a gravity-defying remote control vehicle or a self-balancing Star Wars droid, are highly touted additions.

As we have come to know at Ryerson University through our new Toy Invention program, in partnership with Spin Master, Shenkar College and OCAD University, these innovations are serious and intricate ventures, backed by science and carried out by a range of passionate experts.

The genesis of toys

As is the case in other consumer products, innovations often stem from a gap in the market, be it a new toy for a particular age bracket, an emerging interest, or an opportunity to leverage a given entertainment intellectual property. Toy companies are also on the lookout for the hottest internet craze and influencers to stand out in this crowded market.

Examples include the collaboration between WowWee and Pinkfong, creators of the ear worm “Baby Shark” song, or 16-year-old YouTube influencer Jojo Siwa’s deals with Just Play, Spin Master and Sambro.

Toy makers are also paying attention to the older crowd and kids at heart: collectables, board games and role-playing toys are increasingly designed for devoted fans of popular TV shows and movies like Game of Thrones and Star Wars.

You may want to pre-order your baby Yoda doll now before they run out.

Factors such as rapid changes in consumer demand, turbulence in the retail side (due mainly to the ongoing difficulties of Toys “R” Us), demographic shifts and lower birth rates also explain why toy makers seek to diversify their offerings and cater to adults.

Turning raw material into something that sparks kids’ imagination, promote social and motor skills development or perhaps even trigger career aspirations, is no small endeavour. Involved in this process are designers, artists, videographers and engineers, in addition to marketers, sales representatives and everyone in between. These innovators leverage the latest science — psychology, early childhood development, linguistics, physics, computer modelling — and use techniques such as biomimicry to replicate nature’s work (such as hatching).

Yet no innovation process is foolproof. For every product that hit the shelves, hundreds of ideas are generated, prototyped and ultimately canned. Others simply become dormant, waiting for the right time to surface.

Success is also not guaranteed for those who make it to market. Poorly designed toys can even draw attention for the wrong reasons and lead to commercial failures.

Making toys or walking the minefield

When designing a new product, toy companies face an array of concerns around ethics, safety and stereotypes. Take for instance Lego, which struggled for years to come up with a product line that would successfully engage girls in the world of creative construction. In 2012 the company finally struck gold with Lego Friends, which was based around female characters with meaningful jobs and interests, such as a scientist and a fashion designer.

Even better, the sets consisted of proper Lego bricks instead of some patronizing version for girls. The company invested heavily in research to ensure that kids enjoyed themselves and parents who appreciated the positive values of imaginative play were pleased. What could go wrong?

The backlash was immediate.

Liberal Lego-loving parents were horrified by the lavender-purple boxes, accused the company of creating a gender division in the potentially neutral world of Lego and demanded to know why their daughters could not just play with regular fire engines, or boxes of assorted bricks.

Lego responded by pointing out that that option was still available, noted that these new sets were enjoyed by both boys and girls and that it wasn’t their fault that girls could not get enough of the cute friends, pet animals and pink accessories.

Designing toys can be a minefield where good intentions — let’s get girls building too! — crash into unintended consequences. Like: Why is this part pink? Boycott Lego!

Meanwhile, the search for the next super-cool toy goes on, and perhaps for good reason. In an ever-more digital age, many parents like the idea that their kids will be engaged by interesting, imaginative, creative toys — rather than glued to a tablet or gaming console.

As for the growing number of parents who point to the perils of holiday season consumerism and advocate for a more sustainable industry, they may very well have a point: research indicates that children who possess less toys tend to engage with them longer and more creatively.