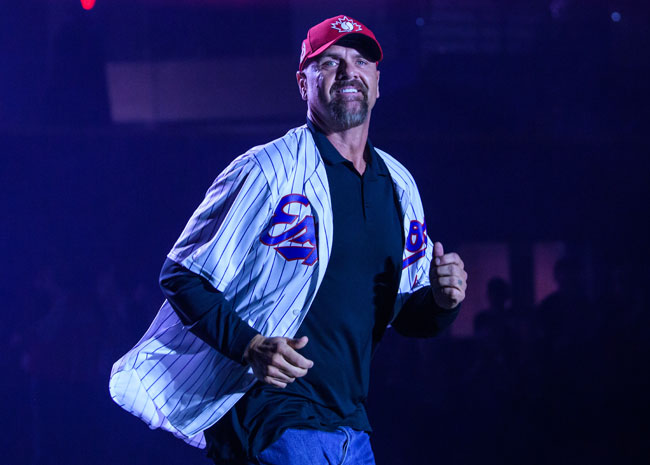 While hundreds of Canadians have played major league baseball,  Larry Walker became only the second one ever elected to the National Baseball Hall of Fame on Tuesday.

The 53-year-old native of Maple Ridge, B.C., who starred for the Montreal Expos, Colorado Rockies and St. Louis Cardinals over a superb 17-year career, was elated to get the call last night, informing him that he had surpassed the 75 per cent of the vote necessary by the Baseball Writers’ Association of America to be enshrined along with the best ever to play the game.

His election to the Hall of Fame was no sure thing. This was his last year of eligibility, and he had only received 54 per cent of the votes last year. After falling short so many times, he was not optimistic about his chances. Earlier in the day, he tweeted that he didn’t think he was going to be elected but wanted to thank all those who had supported him.

And when the call came through telling him the good news, he was in disbelief. “Just to hear them ask if they could speak to Larry Walker, and the rest was almost in disbelief to hear them say, ‘You didn’t come up short this year. You passed the 75 per cent threshold and welcome to the Hall of Fame.’ Pretty amazing,” he said.

Walker becomes only the second Canadian-born player ever elected to the Hall, joining 77-year-old pitching legend Fergie Jenkins, elected in 1991, who said he couldn’t be “prouder” to share the privilege with a fellow countryman.

While he grew up playing hockey, as a youngster, Walker discovered that baseball was his sport. Fitting for a Canadian-born player, he was drafted by the Montreal Expos where the young right fielder broke onto the stage in 1989. Not only did he put up big offensive numbers for the Expos but he was a great defensive player, known for his range and exceptional arm.

Walker retired in 2005 with gaudy offensive numbers, despite the fact he struggled with injuries. All told, he finished his career with a batting average of .313, an on-base percentage of .400, 383 home runs and 230 stolen bases.

Walker joins former N.Y. Yankee superstar Derek Jeter as the only ones elected in 2020. While Barry Bonds and Roger Clemens are considered the greatest hitter and pitcher of their generation, voters chose not to elect them to the Hall because of their history of using performance-enhancing drugs.