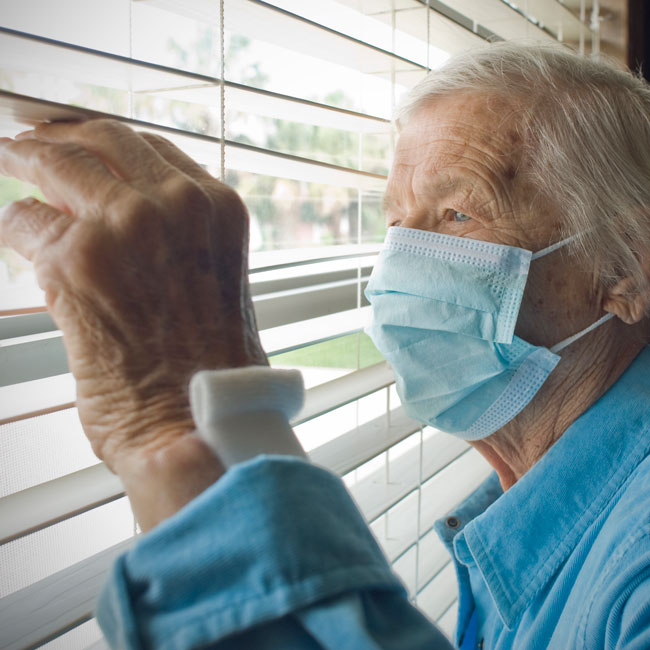 An unnerving backlash against older people, who are most vulnerable to the effects of COVID-19, has broken out on social media. Photo: iStock / Getty Images Plus

It didn’t take long for social media to put an ugly spin on COVID-19.

Early this week, the hashtags #boomerdoomer and #boomerremover began trending on social media, an alarming indication of the distorted view some young people have toward the disease.

Because the coronavirus is particularly dangerous for older people (in China, 30 per cent of COVID-19 fatalities occurred in people over 60), it’s creating a feeling of invulnerability among some younger people that has resulted in an outpouring of tasteless takes on Twitter, Facebook and Instagram. The implication behind this dark humour (or cruelty, depending how you look at it) is that because the illness has a much greater impact on older people, then who cares – if they die, so be it. Boomers, they feel, are the ones who put the world in peril and it’s time for this millennial-blaming, job-blocking, real-estate monopolizing, health-care and social-benefit sucking generation to move on. Okay, we get the delicious irony. Millions of old people are at risk of dying, which means more houses and jobs for millennials.

Perhaps it’s all just a bit of intergenerational good fun, a millennial way of dealing with anxiety while sticking it to older folks, similar to the boomer mantra of the 1960s: “Don’t trust anyone over 30.”

What isn’t funny, though, is the way some opinion-makers are adopting this hot take and amplifying it to a whole new level. London Times columnist Ed Conway, for example, recently filed a piece that began with this gem: “If you were a young, hardline environmentalist looking for the ultimate weapon against climate change, you could hardly design anything better than coronavirus.”

Why? Because, as Conway contends: “Unlike most other such diseases, it kills mostly the old who, let’s face it, are more likely to be climate sceptics. It spares the young. Most of all, it stymies the forces that have been generating greenhouse gases for decades.” His “silver lining” from the COVID-19 fallout is that the disease has disrupted manufacturing in China and around the world, thus cutting down on carbon emissions. Never mind that it’s putting a huge strain on our medical resources and budgets and will leave a multi-trillion dollar hole in the economy.

If Conway was aiming for a satirical Swiftian Modest Proposal  for the modern era, his humour was far too subtle, and we missed the point. And if he’s not joking but is suggesting COVID-19 is a form of retribution against older people who don’t take climate change seriously, then he’s either completely nutty or outright irresponsible.

The Globe and Mail published an article headlined: “Not okay, boomer: Tensions mount between generations as some seniors resist social distancing,” which speaks to the burgeoning discord that COVID-19 is causing between young and old. It touched off a huge debate in its comments section, typified by this scary sentiment: “The COVID-19 crisis could be the blow that finally breaks the boomers’ cultural and material hegemony in the western world.”

Noticing a similar trend, The Atlantic recently published “The Staggering, Heartless Cruelty Toward the Elderly,” which describes how older people have been “dehumanized” during the early days of COVID-19. They are, the writer notes, “considered culprits and thus effectively deserving of the suffering the pandemic will inflict upon them.”

Opinions like these are always appalling but especially now when Italy is debating whether to limit medical resources to older people who contract COVID-19. A memorandum circulated to public health officials in Turin instructed health providers to, if the crisis worsened, limit intensive therapy to those under 80. The report from The Telegraph quoted an unnamed doctor saying: “[Who lives and who dies] is decided by age and by the [patient’s] health conditions. This is how it is in a war.”

Not the time for generational fighting

If it’s a war, let’s not make it a generational one. If young people want to have fun on social media by gently mocking boomers, that’s fine; the older generation can take it.

But in these troubled times, a broadside attack on the older demographic isn’t at all helpful. It also creates the dangerous scenario that young people will let their supposed immunity to COVID-19 carry over into their social behaviour. If they ignore public health warnings about large gatherings and good hygiene, then they’ll endanger the lives of their parents, grandparents, other relatives and friends.

What we truly need now is a intergenerational effort to wipe out the pandemic, not two age groups taking potshots at each other, says Dr. Katy Kamkar, a clinical psychologist at the Centre for Addiction and Mental Health and an assistant professor in the department of psychiatry at the University of Toronto.

“We really want to use social media to communicate very pro-active education and conversation,” says Kamkar. So instead of being a forum for tasteless jokes, “social media should be used for people to come together and really support one another, to be there for one another.”

And, most importantly, she feels, social media should communicate a reassuring message that “we should all feel supported and that we’re all in this together.” Apparently, Twitter agrees with Kamkar’s call for unity during this scary pandemic and has begun cracking down on the offensive social media posts.