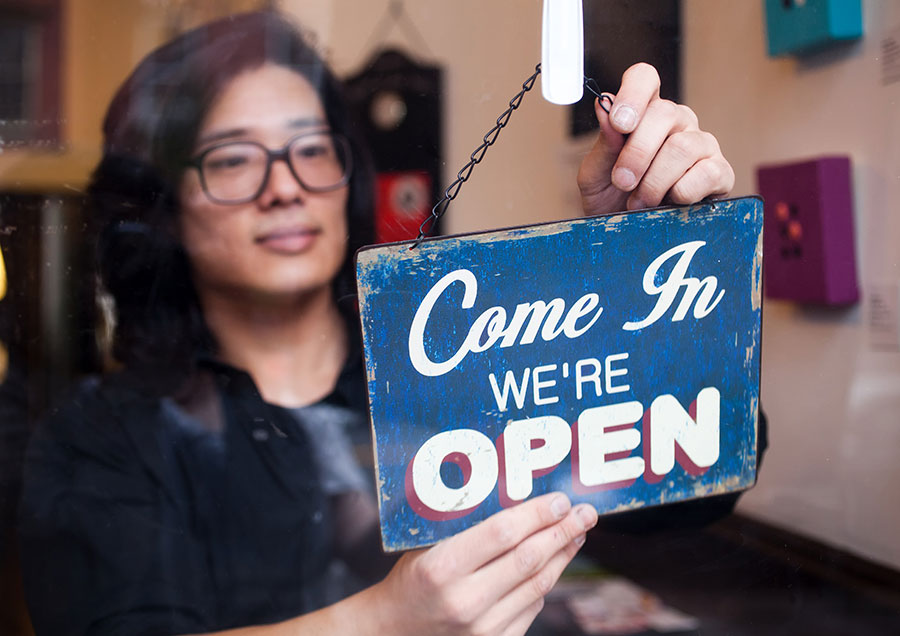 As the number of new COVID-19 cases continues to drop, provinces will gradually allow some businesses and activities to resume. Photo: Image Source/Getty Images

As the number of new COVID-19 cases continues to fall in many parts of the country, provinces are beginning to look at ways to reboot their economies, which have been locked down since mid-March because of COVID-19.

On Monday, Prime Minister Justin Trudeau announced that he has begun working with the provincial and territorial leaders on “shared guidelines” for how the economic relaunch can begin.

On April 27, Ontario Premier Doug Ford and Quebec Premier François Legault announced early plans for how life will return to normal. Ford cautioned, however, that his province’s newly unveiled guidelines for recovery were “a roadmap, not a calendar.” Ford is facing stiff pressure to get the province open for business, not only from big companies but also from people he called “yahoos,” who held a protest last week at Queen’s Park.

While the provinces put independent plans in place on how best to emerge from economic hibernation, they’ve all made commitments to follow the prime minister’s advice of adopting a gradual approach. “If we get this wrong, everything we have done, everything we have sacrificed these past weeks could be in vain,” said Trudeau.

One of the reasons for this slow approach is that there’s no guarantee there will be a healthy supply of protective equipment available to protect people as they return to the workplace.

“There’s going to be an increased need for personal protective equipment,” said Trudeau. “We know that the priority has also been to ensure there is enough PPE for our frontline workers and health-care workers. We’ve been working hard in recent weeks.”

“Everyone deserves to be safe on the job,” said Trudeau.

Each province will follow a different timeline for the re-opening of their economies based on a number of factors that apply to their specific regions. In order to begin even thinking about opening businesses and services, provincial health officials agree that there must be:

While many premiers will release guidelines on how they will re-open their economies and ease public restrictions later this week, let’s look at those which have concrete plans in place.

“It feels like a lot more than 56 days since the first presumptive case of the novel coronavirus was reported here in Alberta on March 5,” said Alberta Premier Jason Kenney at an April 30 news conference where he unveiled Opening Soon, Alberta’s plan to relaunch its economy. This three-pronged plan follows a gradual approach to allowing businesses and services to re-open, with public spacing and gathering restrictions in place.

Stage 1: Starting as early as May 14, the following businesses and services will be allowed to resume:

Stage 2: (Timing to be determined based on health indicators)

Stage 3: (Timing to be determined based on health indicators)

Premier Scott Moe recently unveiled his province’s Re-Open Saskatchewan Plan, which will begin on May 4.

Warning people that “this is not an announcement about a return to normal,” on April 29, Premier Brian Pallister unveiled Manitoba’s Pandemic and Economic Roadmap For Recovery. The two-stage plan includes:

Despite saying “No one wants to open the economy more than I do” and “We’re going to light a fire under the economy,” Premier Ford’s recently announced economic re-launch strategy was frustratingly thin on detail. What we do know is that it will be a three-stage process.

Despite being the province hardest hit by COVID-19, Premier Legault announced on April 29 his ambitious plan for economic re-opening. Starting on May 4, the planned reboot should see about 450,000 people returning to work by the end of the month. Stores with exterior facing doors will be able to open to the public. On May 11, factories will start up again, with limitations on how many workers will be allowed on the floor at one time. The provincial Director of Health, Dr. Horacio Arruda, noted that the Legault’s plan was a gamble. “We know it’s a risky bet. But we can’t eliminate this virus. It will circulate. The question is, ‘How do we balance everything?’ The economy, money, mental health.” Earlier in the week, the provinces said that schools outside of Montreal will open on May 11, with class sizes restricted to 15.

The province which has managed to avoid large-scale outbreaks of COVID-19, has begun turning its attention to getting life back to normal.“We will proceed with a gradual phased-in approach that will be constantly evaluated based on the best public health information that we have” said Premier Dennis King. Here is the province’s four-phase Renew PEI, Together plan:

COVID-19: As Provinces Plan to Re-Open Economies, Trudeau Cautions “Normal Is a Long Way Off”