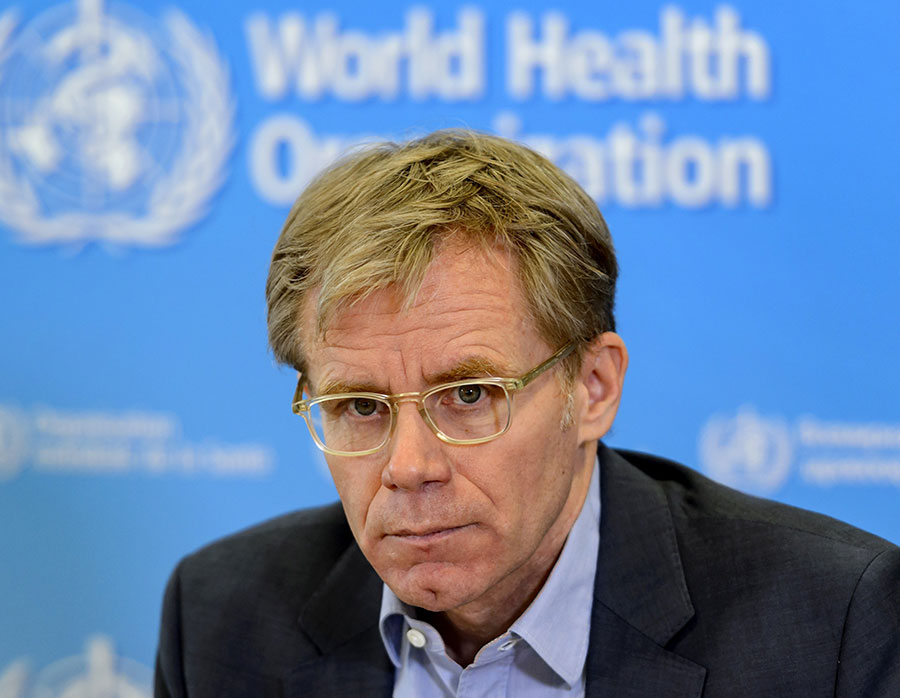 A parliamentary health committee voted unanimously on Thursday to summon Dr. Bruce Aylward to defend the World Health Organization’s response to the early outbreak of the COVID-19 pandemic.

Aylward, a Geneva-based Canadian who headed the WHO’s response team to China’s Hubei Province (where the pandemic first broke out), has so far declined to testify. And the WHO’s legal team has informed the Parliamentary health committee that he won’t appear in person, instead offering to respond to written questions sent by the committee.

The WHO response didn’t sit well with Conservative health critic Matt Jeneroux, who is also vice-chair of the health committee. He feels that because the WHO has largely dictated how governments around the world have battled the pandemic, it must answer critics for its failings.

“The Government of Canada has followed the WHO’s guidelines, using all their recommendations to help develop policies to address the pandemic here in Canada,” he wrote in a statement released yesterday. “As the committee is tasked with studying the government’s response to the COVID-19 pandemic, it is imperative that Canadians have the opportunity to hear from a WHO representative.”

The WHO is coming under increasing scrutiny for the way it handled the early stages of the pandemic and for its close alliance with China. The Chinese government has been accused of allowing its citizens to travel around the world after the pandemic broke out locally, despite knowing the severity of the disease. China has also been criticized for suppressing its COVID-19 infection rates and death toll as well as for silencing doctors who spoke out.

The WHO has not only defended China throughout the pandemic but has praised them for their handling of the disease. Dr. Aylward himself became infamous for this video in which he appears to hang up on a reporter from Hong Kong who is asking uncomfortable questions about China.

On Friday, the WHO’s Director General, Dr. Tedros Adhanom Ghebreyesus, defended his group’s handling of the COVID-19 outbreak, saying that by declaring it an international emergency on Jan. 30, it gave “enough time for the rest of the world to respond.” He said, “To declare a global emergency in that situation, I think it says it all,” adding, “We didn’t waste any time.”

But, in Canada, the health committee still wants answers. “As a Canadian himself, Dr. Aylward must be accountable to his fellow citizens and answer questions about the WHO’s handling of the pandemic,” wrote Jeneroux.

NDP Health Critic Don Davies agreed that Aylward should testify before the health committee. “Canada is a member of the WHO, and I think the WHO ought to operate with accountability and transparency to its members,” he said.

Aylward is not the only Canadian member of the WHO is facing criticism for its cosy relationship with China. Alberta Premier Jason Kenney recently accused Dr. Theresa Tam, Canada’s chief public health officer and a committee member of the WHO, of “repeating talking points from China.”

And Conservative MP Derek Sloan, who is also running for the leadership of the party, issued a Tweet saying, “Dr. Tam must be fired.”