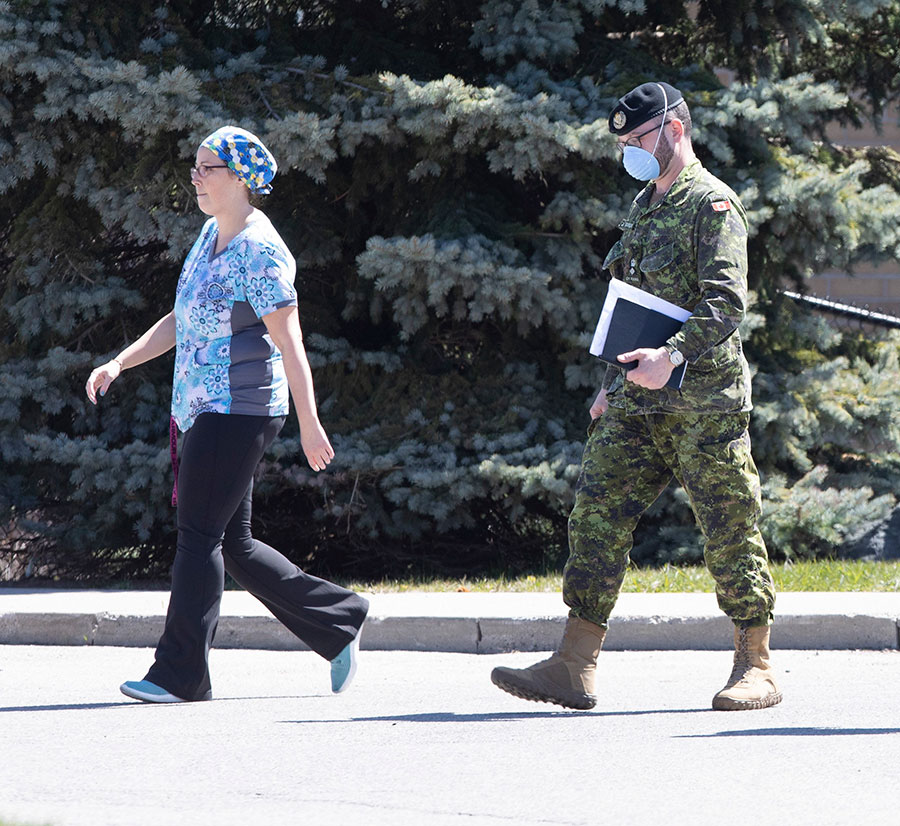 Speaking at a press conference in Toronto, the premier was referring to a report released today that was based on the observations that military personnel made after arriving in mid-April to help out in five long-term care homes that had been overwhelmed by the pandemic and reached a “crisis situation.”

The members of the Armed Forces who arrived on the scene were so disturbed by what they saw that they felt compelled to compile a report on the horrible conditions present.

A partial list of the troubling findings in the military report include:

“I think it’s appalling and disgusting what happened,” said Ford about the army report. “It’s gut-wrenching. Reading those reports was the hardest thing I’ve done as premier.”

“This report, both egregious and indefensible, affirms a lot of what we already knew,” says Marissa Lennox, Chief Policy Officer at CARP. “There’s no question that building deficiencies, chronic staffing shortages and pest control issues are all things that we’ve heard before. What was unexpected was the overwhelming disregard for basic principles of health care and the culture of fear of being reprimanded for using the necessary supplies to provide proper care to residents. Urgent intervention is required.”

Acknowledging that the report had to be made public because the public needs to know the truth, the premier said, “COVID-19 has exposed the deep, deep cracks in the long-term care system. When I read the report, I sat back and said: “How can this happen in Ontario?'”

“There will be justice and accountability,” promised Ford, who said one of the deaths that occurred in these homes has already been referred to the coroner for investigation. He also noted that the province would be referring specific cases to the police for possible criminal charges. And he promised to make the results of these investigations public.

The premier also noted he will be calling on the prime minister and federal government “to help fix this problem,” which he said is probably not limited to the five homes named in the report. “We have to do a deep, deep dive into all the homes. I don’t care what it takes.”

Earlier today, Prime Minister Justin Trudeau called the Armed Forces report  “extremely troubling.” he said, “On reading the deeply disturbing report, I had obviously a range of emotions – of anger, of sadness, of frustration, of grief.”

“The system we inherited was totally broken,” Ford said. “But we’re going to fix it,” he said, adding that “I’ll spare no expense until we fix the system. I’m going to be laser-focused on this.”

There have been more than 200 COVID-19 outbreaks in Ontario long-term care homes. As of Tuesday, the province was reporting 2,133 total deaths related to the disease, 1,538 of which had occurred to residents in the long-term care system. Ford said he has called on the Armed Forces to extend its mission for another 30 days.  —Peter Muggeridge