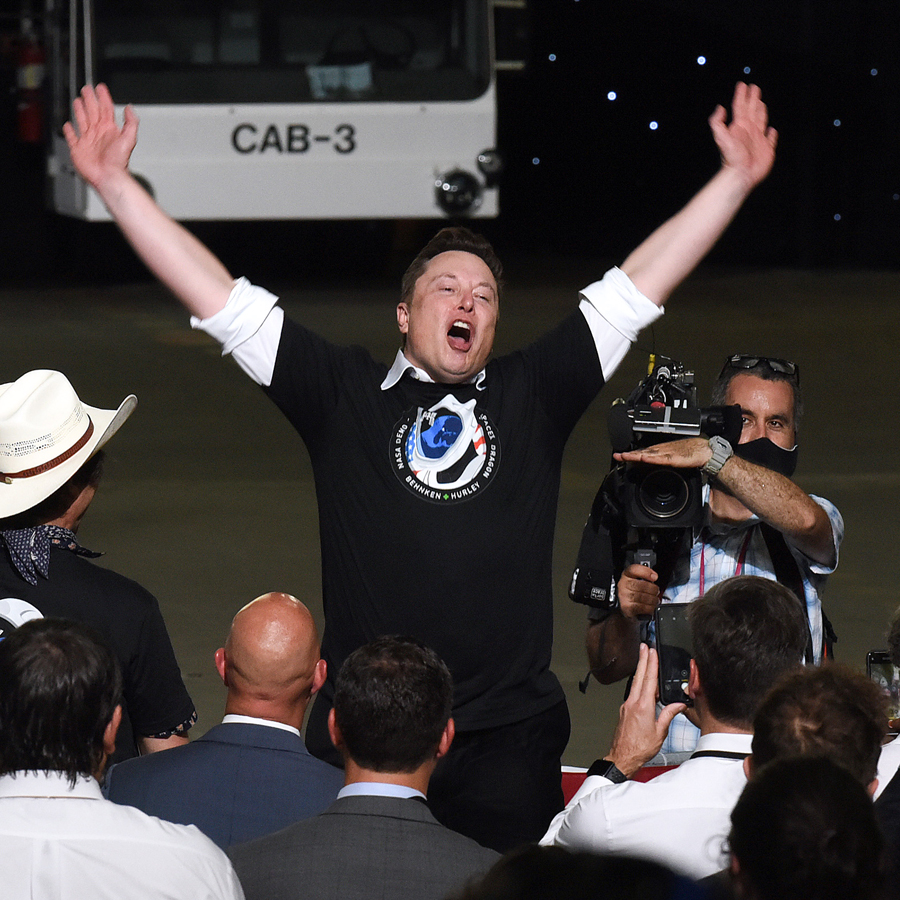 What year are we in, exactly?

It’s a sentiment echoed across social media in recent days and summed up by Washington Post columnist Jennifer Rubin, who tweeted, “We now have a pandemic akin to the 1918 influenza outbreak, an economy reminiscent of the Great Depression and racial anger and violence akin to 1968.”

Rubin, of course, is referring to COVID-19, its economic fallout and the protests connected to the death of George Floyd, an African-American man who died after Minneapolis police officer Derek Chauvin kneeled on his neck for nearly nine minutes.

On Saturday, billionaire tech entrepreneur Elon Musk – son of Canadian-South African model Maye Musk and who holds a Canadian passport and attended Ontario’s Queen’s University as a teen – made headlines for something other than the fact that he and his partner, Canuck musician Grimes, named their baby “X Æ A-12.” In collaboration with NASA, the 48-year-old’s company SpaceX became the first private enterprise to launch humans into space and the first American spacecraft to launch from American soil carrying American astronauts since NASA retired its space shuttle program in 2011.

The Crew Dragon capsule, carried by a Falcon 9 rocket, successfully docked at the International Space Station on Sunday, prompting cheers for astronauts Bob Behnken and Doug Hurley — who are now the second-most famous duo named Bob and Doug in the eyes of Canadians.

American mechanical engineer and entertainer Bill Nye, known as “Bill Nye the Science Guy,” tweeted, “A US-built Falcon 9 rocket, launched from the historic Kennedy Space Center, took two astronauts to the International Space Station. The mission is a product of the public-private partnership: a private company rocket, launched from and to government-built facilities. Our future in space looks even brighter today!”

But what exactly would that future in space look like? Musk harbours dreams of humans colonizing Mars, while companies owned by fellow billionaires Jeff Bezos (Blue Orbit) and Richard Branson (Virgin Galactic) want to get into the space tourism business and, in the case of Blue Orbit, colonize other planets. Tom Cruise has already spoken with NASA about shooting a movie on the International Space Station, and NASA has announced that over the next decade, its Artemis program “will lay the foundation for a sustained long-term presence on the lunar surface and use the moon to validate deep space systems and operations before embarking on the much farther voyage to Mars.” It added that, in time, “the Artemis program will similarly enable commercial opportunities on the lunar surface, beginning with the first U.S. commercial lunar deliveries next year.”

It’s all very similar to what famed Canadian astronaut Chris Hadfield suggested would be the future of space exploration in a 2017 Zoomer interview.

“I think we’ll go incrementally. Just because we know we’re going to get it wrong more often than we’ll get it right, and you don’t want to kill everybody. And so we have a lot of stuff to test and invent. We’ve only just barely visited the moon,” he explained. “So I think we’ll go from the space station to the moon and then eventually further, to Mars and beyond.”

But the thrill that accompanies our future in outer space, contrasted with the protests over George Floyd’s death and the economic fallout from the COVID-19 pandemic, makes for a strange time in our history — a moment when it feels that humankind is advancing and regressing at the same time.

If we’re headed for an ultramodern Jetsons future in outer space, will the mistakes of humankind’s past follow us as we colonize among the stars? After all, if we can’t get our act together on one planet, what makes us think we’ll do any better on another?

Like the moon landing, the success of the SpaceX mission offers all of us on Earth a glimpse into the extraordinary possibilities the human race is capable of. But, as in 1969, the spaceship that blasted off from Earth left behind a planet in social and political turmoil.

Looking to the moon, Mars and beyond, it has become clear that there’s no hurdle in the universe that human ingenuity can’t eventually overcome. Except, perhaps, the nature of humans themselves.

Between the Lines … with Astronaut Captain Mark Kelly