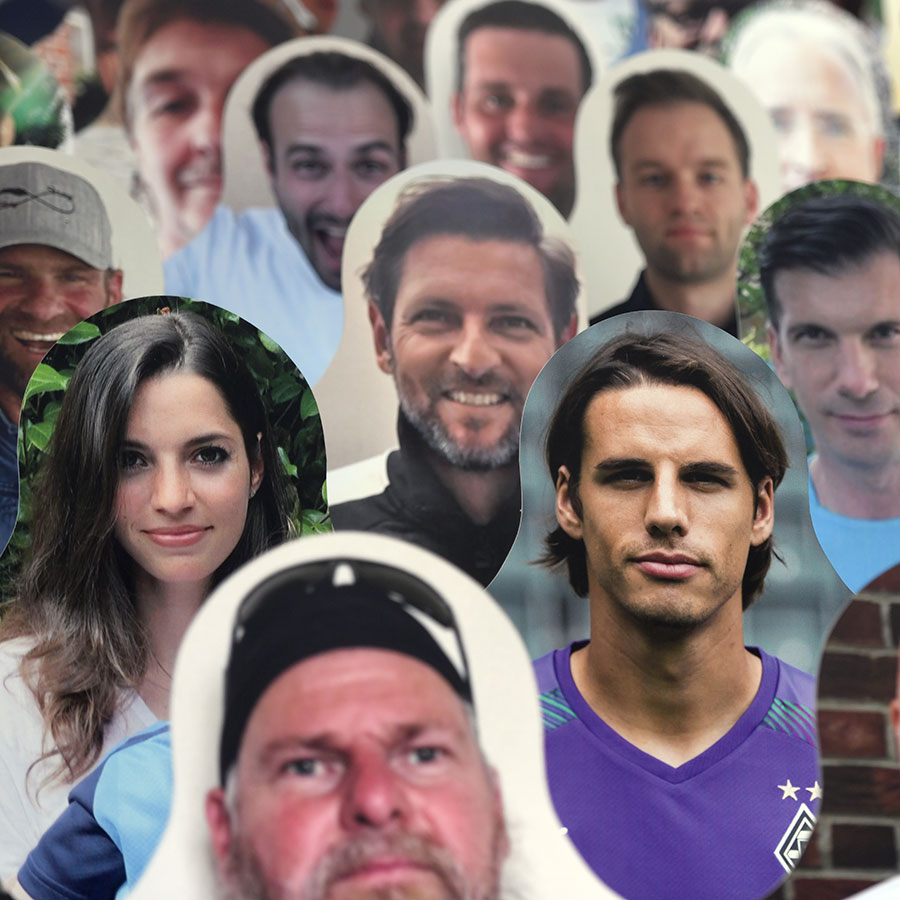 Cardboard cutouts of fans fill the stands at a German soccer match in May. Photo: Ina Fassbender/Pool/Getty Images

As various sports leagues around the world gear up to relaunch their interrupted COVID-19 seasons, they’re making every effort to offer fans an appealing product while at the same time enforcing strict social distancing restrictions to curb the spread of the disease.

To many of us who enjoy sports, the return of live matches is a welcome development. As much as I enjoy watching replays of Canada vs. Latvia junior hockey championships or low-definition broadcasts of NBA games featuring big men shooting mid-range jumpers while wearing those ridiculous short-shorts, I’m ready for the real thing to begin again.

But as much all sports fans are anticipating the return of their favourite pastimes, we’re also a little leery. Because not only will the games look and feel different, there will be a key element missing from these post-pandemic athletic tilts.

The NHL, the NBA have recently released plans to re-boot their leagues and, for the time being, will play their games in neutral sites with no fans allowed.

And as they restart, they look to Germany and Korea, where soccer and baseball games have been underway since April. Playing in empty stadiums with strict health measures, these leagues have managed to operate without any outbreaks of the virus from occurring so far.

But what is a live sporting event without thousands of boozed-up rabid supporters rooting the home team to victory? What’s a home game without the thrilling sound of crowds cheering the home team, booing the opposition or jeering at the refs?

Fans play an immense role in spectator sports. Their rousing cheers or angry boos add excitement and colour – an indispensable atmosphere to any game. By purchasing a ticket and screaming their lungs out, fans, you might say, legitimize the event itself. Their very presence ensures that the spectacle is worth watching. And their reactions during the course of game can have a huge influence on the outcome, whether it’s inspiring the hometown boys or dispiriting the opposition.

But a game played in front of an empty stadium has always signified to viewers that the match can’t be that important. The goose bumps one gets from the noise, banners and celebration are too noticeably lacking. The drama of watching a televised sporting isn’t quite there.

Watch this clip of a recent NASCAR race and you’ll get a get a sense of just how eerie and post-apocalyptic live sports feels without anyone in the stands.

The post-pandemic sporting events I’ve recently watched (UFC, NASCAR, soccer) have all lacked that importance and immediacy. The games don’t feel real somehow and come off as over-produced events where the outcome, if not irrelevant, isn’t as meaningful.

Imagine there were no fans on hand for Kawhi Leonard’s magical buzzer-beater against the Philadelphia 76ers last year that propelled the Toronto Raptors to NBA glory; or Sydney Crosby’s Golden Goal that defeated Team USA in the 2010 Vancouver Olympics; or Jose Bautista’s epic home run and bat flip against the Texas Rangers in the 2015 American League Division Series.

Would these legendary moments be anywhere near as dramatic or memorable if they weren’t accompanied by screaming fanatics? Not a chance.

The Bundesliga (Germany’s soccer league) is trying to get around this lack of atmosphere by putting cardboard cut-outs of fake fans, hoping that this will enhance the viewing experience. The players even saluted the cardboard fans after the game! To me, that’s silly.

And the KBO League (Korea’s pro baseball circuit) is taking it one step further, recently staging a game with Pokémon plush toys filling the seats where fans should rightly be. That’s simply ludicrous.

In North America, circuits like NASCAR, Indy racing and UFC have so far (thankfully) eschewed adding ersatz spectators. While the empty grandstands certainly detracts from the overall events, I’m sure throughout the course of the summer, most of us will get used to it.

However, there are rumours that NBA executives, who never pass up on a gimmick no matter how tacky, are dribbling around the ridiculous notion of actually piping in artificial cheering on their broadcasts – just like the laugh tracks TV networks used on old sitcoms.

No thanks. I’m not going to watch sports with stuffed toys in the stands and mock crowd noise. It’s meant to be a live athletic event – not a video game. Anything else to hide the emptiness – huge beer ads, pictures of home team logos, blurred-out seats – I’ll put up with. But not cartoon characters or recorded noise.

I realize that everyone – including sports fans – must accept the fact that the post-pandemic world will be much different than the one we left behind. But that doesn’t mean we should take liberties with the product and turn it into something it was never meant to be.

Yes, I’ll watch games in front of empty stadiums, if that’s what it takes to get these leagues going again. But I won’t put up with fake fans or piped-in cheering.

Otherwise, I’ll do without sports until that day when everything returns to normal. If that day ever comes.

As the NHL Prepares to Return, Recalling Lessons Learned from the 1919 Flu Pandemic