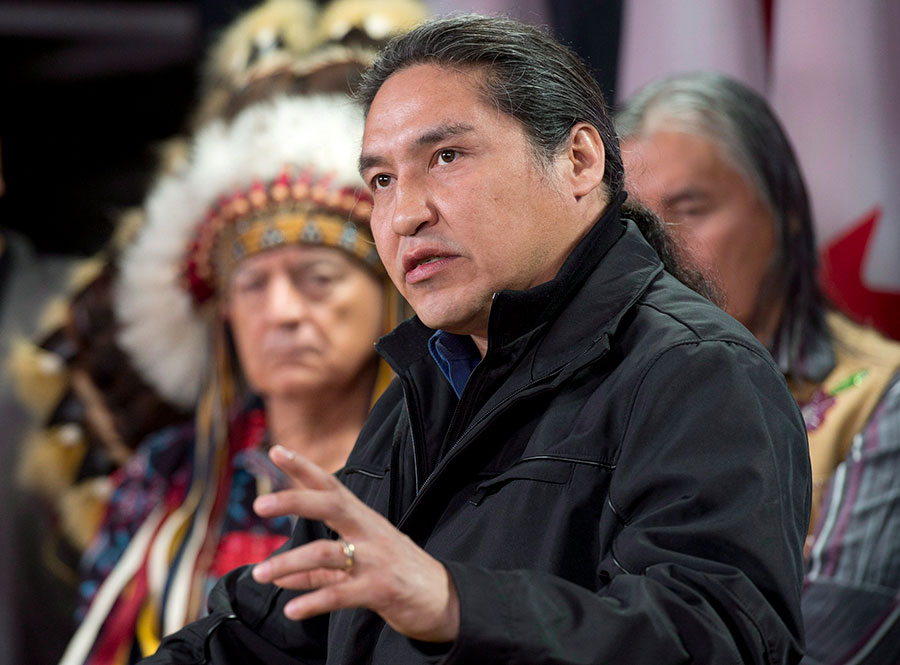 A shocking video of the RCMP violently arresting Athabasca Chipewyan First Nation Chief Allan Adam is making headlines around the world and fuelling the debate about whether police forces use undue force when arresting Black or Indigenous people.

The alarming 12-minute video of the March 10 incident was released by Adam’s legal team on Thursday. It shows the events leading up to his angry confrontation with two RCMP officers and the violent arrest that ensued.

The release of the video could not come at a worse time for the RCMP, especially in the wake of the May 25 murder of George Floyd by an officer in Minneapolis, Minn., which sparked massive anti-racist protests around the world. This, along with several other recent violent arrests in Canada, has left police forces incapable of defending themselves against charges that they are racist toward Black and Indigenous people.

“We are a minority, and nobody speaks up for us,” said Allan about his arrest. “Every time our people do wrong, the RCMP,  they always seem to use excessive force. And that has to stop.”

The dash-cam footage of the arrest shows Chief Adam arguing with one RCMP officer after he and his family were approached while getting into their pickup in the parking lot of a casino in Fort McMurray, Alta.

The incident, which started because the tag on Adam’s licence plate had expired, quickly escalated into an expletive-filled shouting match between the Chief and the officer.

On the video, you hear Adam yelling “Chief Adam f—ing tells you, f—ing leave us alone!” to the RCMP officer, followed by “I’m tired of being harassed by the RCMP.”

With bystanders recording the incident on their cellphones, the confrontation soon becomes more and more heated. Suddenly, another RCMP officer arrives, delivers a flying tackle on the Chief and rams him to the parking lot tarmac. The two officers grapple with Adam on the ground, throwing punches before finally getting him into handcuffs and placing him in the cruiser.

In his report following the arrest, RCMP Const. Simon Seguin wrote: “I charged at the male with the intention of bringing him to the ground. I struck the male as he tried to come up. He turned on his right side. I struck him using my right hand on his right side of the face.”

While the RCMP claims that the officers used “reasonable” force and declined to investigate the arrest, the dash-cam video and the photo of a bruised Adam have prompted an investigation by Alberta Serious Incident Response Team.

In his daily media briefing today, Prime Minister Justin Trudeau called the event “shocking,” saying that he had “serious questions about what happened.”

And Public Safety Minister Bill Blair echoed those comments, saying that Canadians are “horrified” by the photographs and video and that it shows the “systemic racism that Indigenous peoples and communities face.”

Adam is facing charges of assaulting a police officer and resisting arrest. His lawyer is arguing that those charges should be stayed, claiming the RCMP officers violated Adam’s rights under the Charter of Rights and Freedoms.