Jean Kennedy Smith, JFK’s Last Living Sibling and Champion of the Disabled, Passes Away at 92 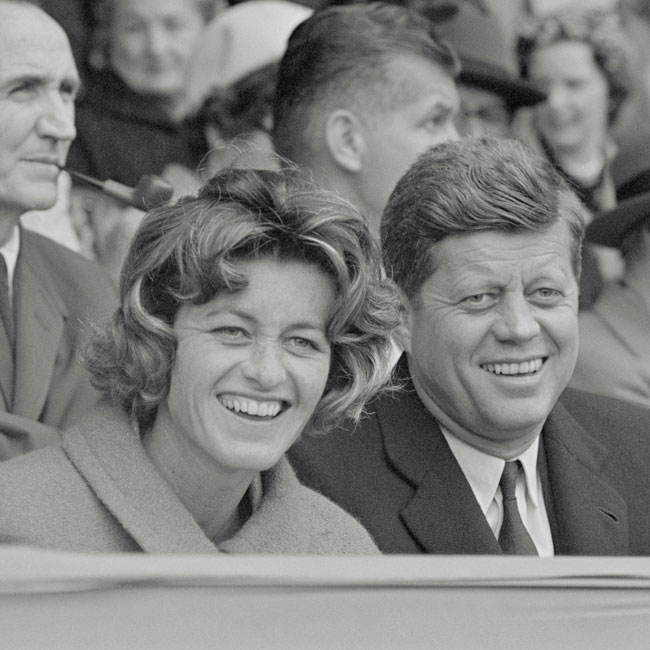 Jean Kennedy Smith, the last surviving sibling of the iconic American family that became fabulously wealthy and rose to immense political success — courting tragedy every step of the way — has passed away at the age of 92.

Smith, the second youngest of the famed Camelot clan, a noisy Irish-Catholic family that rose from rags to riches, producing one president, John F. Kennedy, and two powerful political figures, Robert and Edward — not to mention endless intrigue and drama that fascinated the world for decades — died at her home in Manhattan.

Born Feb. 20, 1928, Smith was the second youngest of nine children that Joseph and wife Rose Kennedy brought into the world. Known as the “least competitive” of the over-achieving clan, she grew up in well-documented privilege, enjoying all the favourite Kennedy pastimes such as sailing, swimming and playing tennis.

In her book The Nine of Us, Smith drew a picture of their household, ruled over by her politically ambitious and autocratic father (the former bootlegger) Joe Kennedy. “Dad’s voice would clamp down on our ears: ‘Fix it. There’s no whining in this house.’ He could not abide us feeling sorry for ourselves. Life was far too good for us to whine about small things. It was selfish, and on top of that, it was boring.”

Describing her memories of growing up among siblings who would later go on to achieve so much success, she said: “At the time, they were simply my playmates. They were the source of my amusement and the objects of my admiration.”

As a youngster, Smith got a taste of the terrible calamities that were to follow the family. Her oldest brother Patrick, who was being groomed for political success, died in the Second World War when his plane was shot down over the English Channel inn 1944. Her elder sister Kathleen, who served with the Red Cross in the war where she met and married Lord Hartington, also died in a plane crash in 1948. And her sister Rosemary suffered severe affects from a lobotomy operation, which left her mentally disabled the rest of her life.

These deaths and tragedies, which became known as the “Kennedy Curse,” which included the assassination of President John F Kennedy, who was shot in Dallas in 1963; the death of Robert Kennedy, killed in 1968 while campaigning in the presidential primaries, and the passing of John F. Kennedy Jr., the son of JFK, who died in a plane crash in 1999, among a host of others.

While her brothers inherited the political ambitions of their father, and rose quickly through the ranks of the Democratic party, Smith provided tireless behind-the-scenes support, helping them find success in politics. She was a key figure on all JFK’s campaigns, including his successful 1960 Presidential bid.

Choosing to step away from the volatile drama and intense media scrutiny that followed the Kennedy’s everywhere, as well as the terrible tragedies that inevitably ensued, Smith chose to focus her skills on charitable efforts. In 1974, she founded the Very Special Arts foundation, which provided art and education programs for children with disabilities. For her lifetime of work with the disabled, she was awarded the Presidential Medal of Freedom in 2011 by President Obama.

In 1956, she married Stephen Edward Smith, a New York-based financier, and had two sons, Stephen and William, as well as two adopted daughters, Amanda and Kym. Smith died of cancer in 1990. Although they wanted a low-profile life, they couldn’t escape the chaotic lifestyle that had long since become a Kennedy trademark. Her son William made headlines around the world after being accused of rape during a wild party in Florida. He was eventually acquitted in a trial that caused her much grief and embarrassment.

In 1993, at the age of 65, President Bill Clinton nominated Smith for the post of U.S. ambassador to Ireland, following the path her father had blazed in 1930 when he was appointed U.S. ambassador to the UK. During the early 90’s, Northern Ireland was involved in a bloody sectarian war between the Catholic IRA and the Protestant Ulster Defence Association. Known as “The Troubles,” it was a never-ending cycle of bombings and murder that had disrupted Northern Ireland since the late 1960s, when the British first sent its military in a failed attempt to restore peace.

Smith set to work in working on a peace accord, which eventually led to the Belfast Agreement in 1998, and a settlement of hostilities between the two sides.

She later downplayed her role in bringing about a lasting peace between the Catholics and Protestants that has so far survived the test of time.

“The Irish people were willing to take me at face value, to give me the benefit of the doubt because I was a Kennedy,” said Smith 1998, when she stepped down. Part of the reason she was accepted was that Kennedy family was held in high esteem by Catholics in Ireland and around the globe, beloved because they had risen to the highest state of office in the U.S. and, in so doing, had broken the grip that generations of Protestant Americans had exerted on the White House.

It’s somehow fitting that as the last survivor of the hyper-ambitious and rowdy Irish Catholic family that left an indelible mark on American history, Smith will not be remembered for political success or a riotous lifestyle but for countless charitable works, substantial diplomatic accomplishments and quiet grace with which she always carried herself throughout her long and dignified life.

The Myth of Camelot, Twenty Years After the Death of JFK Jr.

Kennedy Clan in Mourning as Another Shocking Tragedy Strikes