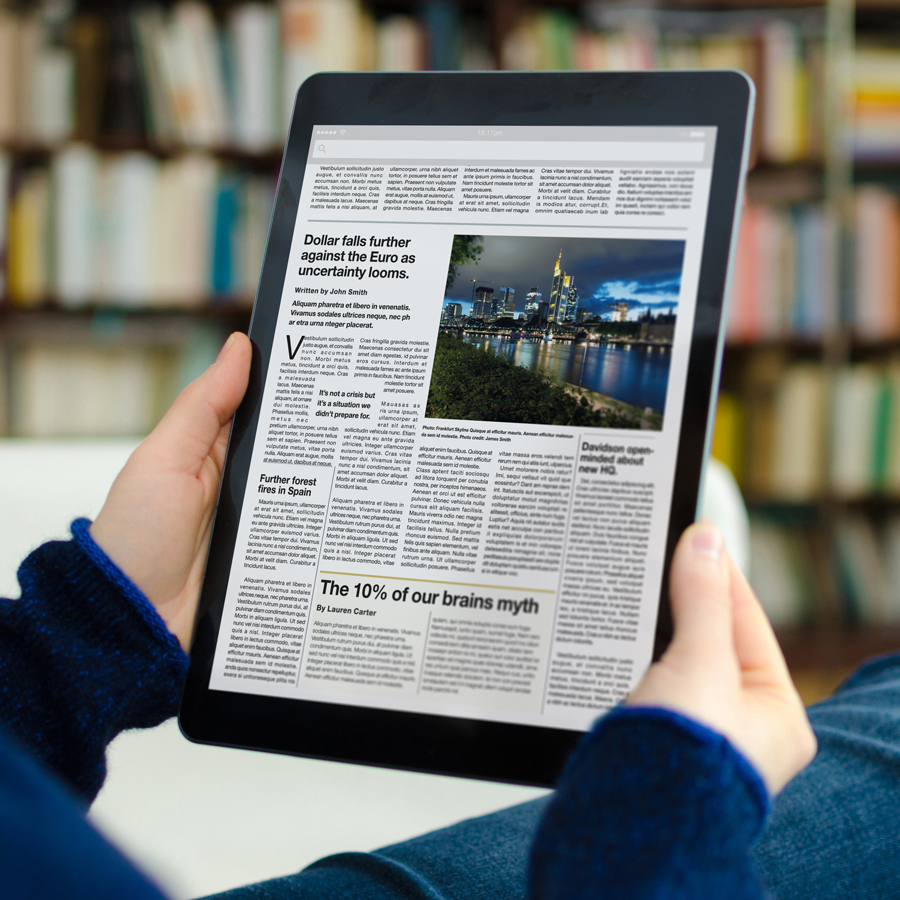 If something sounds too good to be true, it probably is. It’s a simple piece of advice to help prevent us from getting suckered, and one that Facebook includes at the top of its list of 10 Tips to Spot Fake News:

“Be skeptical of headlines. False news stories often have catchy headlines in all caps with exclamation points. If shocking claims in the headline sound unbelievable, they probably are.”

If the tip sounds familiar that’s because Facebook posted a link to it (and nine others) in users’ news feeds back in 2017 — shortly after the 2016 U.S. presidential election, from which fears of voter misinformation via social media reached a fever pitch.

And while the company hasn’t shared numbers on how many Facebook users clicked on the banner link, or how many people have since looked at the tips — located in the platform’s ‘Help Center’ —  a new study published Monday says the tips will help those who take the time to study them.

When tested earlier this year, American study participants who’d used the tips were able to distinguish mainstream news from fake news 26.5 per cent more often than those who hadn’t seen them. And in India — where the misleading of voters has also been a concern during recent elections — the tips proved less effective but still helped people become 17.5 per cent more discerning.

“Most people struggle to reliably evaluate the quality of information they encounter online, even under the most ideal conditions,” said lead author Andy Guess, assistant professor of politics and public affairs at Princeton University.

“This is because they lack the skills and knowledge required to distinguish between high- and low-quality news content. We find that effort to promote digital literacy can improve people’s ability to evaluate the accuracy of online content.”

In addition to becoming better at spotting fake news, sharing of that false information also decreased in the sample groups who’d gotten the tips.

But there was a cost to becoming more discerning, Although to a lesser degree, this digital literacy did make participants more skeptical of mainstream news, too. However, all effects wained the longer participants went without reviewing the tips. So, if you want to stay sharp, it seems you’d need to take the occasional refresher — and now might be just the occasion.

“We see no reason why this wouldn’t work for any type of misinformation,” said Guess. “Currently there are sources spreading misleading or even dangerous information about Covid-19 regarding protective measures, vaccines, miracle cures. We think this intervention could work in the public health domain, as well.”

Here are four other simple steps to help you spot misleading or incorrect information from Facebook’s full list of tips to spot fake news:

Investigate the source. Ensure that the story is written by a source that you trust with a reputation for accuracy. If the story comes from an unfamiliar organization, check their “About” section to learn more.

Watch for unusual formatting. Many false news sites have misspellings or awkward layouts. Read carefully if you see these signs.

Check the evidence. Check the author’s sources to confirm that they are accurate. Lack of evidence or reliance on unnamed experts may indicate a false news story.

Look at other reports. If no other news source is reporting the same story, it may indicate that the story is false. If the story is reported by multiple sources you trust, it’s more likely to be true.

According to a 2019 media usage survey by Statista, the internet is the leading medium for news in Canada; 77 per cent of respondents said they went online for news each weekday, while 33 per cent also strongly agreed that a lot of untrue news and information appears on the internet.

How to Spot Coronavirus Fake News — An Expert Guide

Fake News: What Happened When One Man Discovered He Was Supposed to Be Dead

4 Ways To Protect Yourself From Popular Financial Scams