Lordy, Lordy Look Who’s 40! A Look Back at the Life and Times of ‘O Canada’ 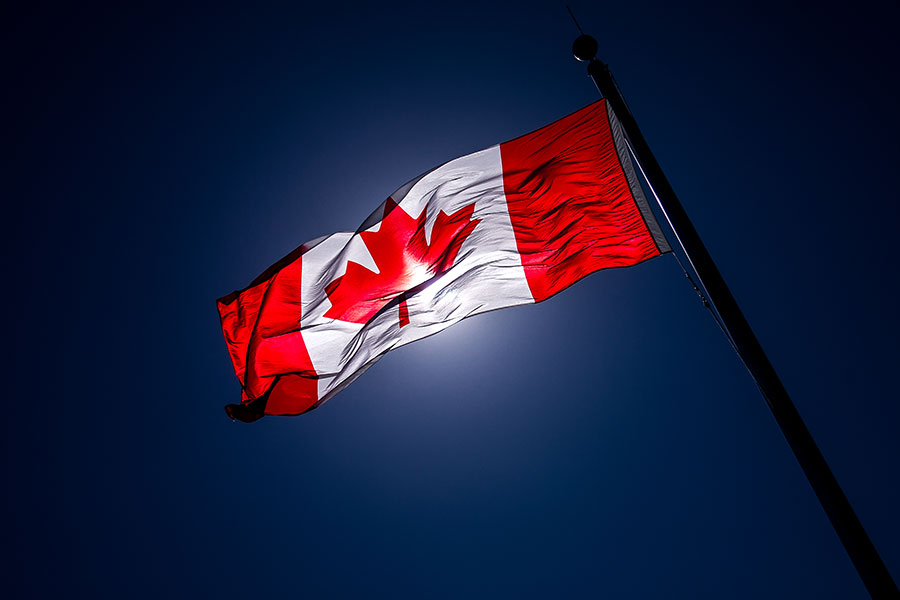 In celebration of Canada Day we take a look at the history of our national anthem 'Oh Canada.' Photo: Mark Spowart/Getty Images

Canada Day celebrations will be, well, novel this year. Public celebrations have been cancelled. Large gatherings are banned. Even municipal firework displays were taken off the table — those normally set off on Parliament Hill are somehow going virtual.

It’s all in an effort to curb the spread of COVID-19 but, let’s be honest, it’s a bit of a wet blanket on a birthday — especially so when celebrating a milestone, as is “O Canada” this year. Of course, the song that would become our national anthem just ahead of Canada Day in 1980 has a much older provenence — and its story didn’t end after gaining “official” status.

If we’re looking for evidence of our deliberate nature we need look no further than establishing “O Canada” as our national anthem, which took 100 years from commission to adoption.

It’s said to have been first sung — in its original French — at St. Jean-Baptiste Day celebrations on June 24, 1880. The Lieutenant Governor of Quebec, the Honourable Théodore Robitaille requested Calixa Lavallée, a well-known composer at the time, to set a poem by Sir Adolphe-Basile Routhier to music on occasion of the Congrès national des Canadiens-Français (National Congress of French Canadian). The rest is history, a very long history.

The song garnered accolades but it would be nearly 20 years before it was even translated into English. It’s believed the first time “O Canada” was heard outside Quebec was at a recital of it by school children for the Duke and Duchess of Cornwall (later King George V and Queen Mary) upon their tour of Canada in 1901. It was another judge — Routhier had been judge of the Quebec Superior Court — the Honourable Robert Stanley Weir who wrote the modern-day version, which was published in an official form for the Diamond Jubilee of Confederation in 1927. It was authorized for singing in schools and at public events that same year.

As is our way, the government formed a special joint committee in 1964 to consider the status of “God Save the Queen” and “O Canada.” It took three years for a recommendation that the former should be the royal anthem and the latter our national anthem, with the caveat that further review of the lyrics be performed.

One might say we are intentional to a fault but, finally, “O Canada” was proclaimed our national anthem and received Royal assent on June 27, 1980.

Of course, being a national emblem, the anthem continues to be debated. Since 1990, there have been two official proposals for lyric changes to remove language that could be considered racist (“native land”) and sexist (“thy sons command”). But Canadians didn’t seem to be in a hurry to tinker with what took 100 years to enact.

It wouldn’t be until January 31, 2018, that the National Anthem Act was passed, updating “True patriot love in all thy sons command” for “True patriot love in all of us command,” and thereby achieving gender parity in the anthem. The  move, which may not seem bold in retrospect, did make international news. An article by the New York Times noted the irony that this update was essentially reverting the lyric closer to its first English translation, which read: “True patriot love thou dost in us command.” As the original was in fact gender-neutral, no change has been made to the French lyrics of “O Canada.”

At 40, our national anthem may still be a work in progress but who among us wasn’t at that age. Hears to its future and, fingers crossed, hearing it sung by a crowd again soon.

6 Canuck-Inspired Recipes to Help You Ring in Canada Day