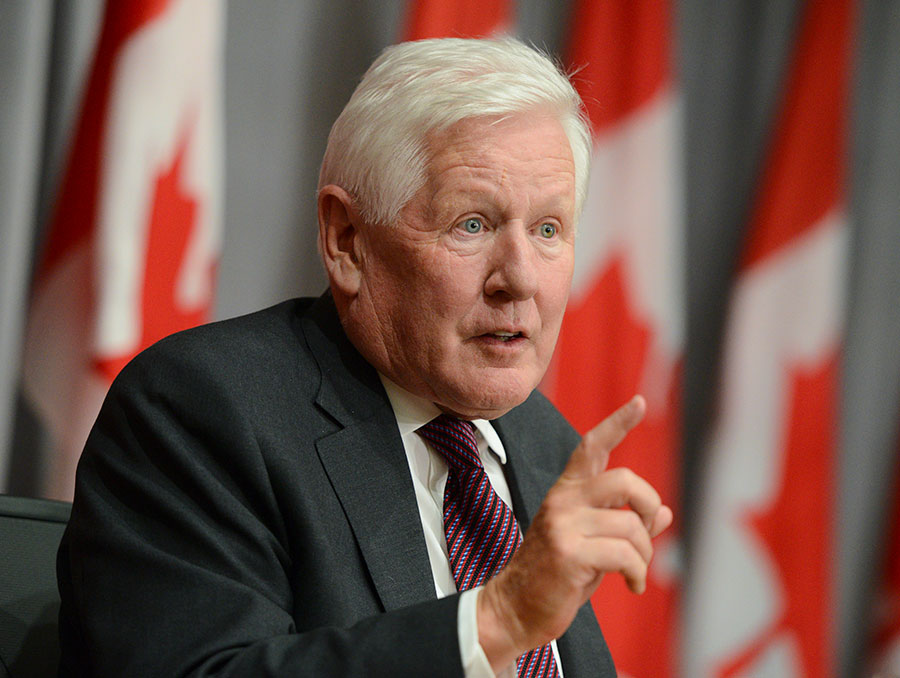 Among the top priorities for the newly appointed ambassador is securing the release of two Canadians who were arrested in China in retaliation for Canada's 2018 arrest of Huawei's CFO. Photo: The Canadian Press/Sean Kilpatrick

Bob Rae, Canada’s new ambassador to the United Nations, says he will use his new position to help “rebuild a successful world order.”

“The well-being of the world really depends on a rebuild and a reconstruction of our international institutions,” Rae said, discussing his appointment at a press conference on Parliament Hill. “I think that’s the task ahead for Canada and a great many countries.”

It’s a prestigious appointment for this respected career politician, and it comes at a time when countries around the world are reeling from their battles with the COVID-19 pandemic.

“COVID-19 is a revealer,” he noted. “It reveals the weakness and fragility in all our institutions. This will be very much on my mind as we go forward.”

Rae, 71, earned this influential appointment after spending a long career in provincial and federal politics. It’s interesting to note that he was tabbed for the position, despite the fact that he’s in his seventies. His predecessor, Marc-André Blanchard, was appointed at age 50.

Experience is, of course, essential for anyone hoping to succeed in high-stakes diplomacy. And the fact that no one has played up Rae’s age might be due to the fact that the experience he has accumulated over his long career outweighs any concerns that might linger about whether he’s “too old.” Moreover, as we’ve become increasingly accustomed to seeing older public figures like Queen Elizabeth II, Donald Trump, Nancy Pelosi and Joe Biden operate on the world stage, perhaps age is becoming less of an issue.

Rae sprang to prominence in 1990, when he became the first NDP leader to be elected as premier of Ontario. After serving a tumultuous five years in that role, he shifted his sights to federal politics, eventually becoming the Liberal interim leader between 2011 and 2013.

He quit politics in 2013 to become a senior fellow at the University of Toronto’s School of Public Policy and Governance and, in 2017, was appointed by Prime Minister Justin Trudeau as Canada’s special envoy to Myanmar. Throughout his career, he has never been shy about making his opinions known, making headlines in 2019 for calling U.S. President Donald Trump “unhinged” and “unworthy for political office.”

Rae, whose father Saul was a career diplomat, enters his new role at the UN at a time when tensions between Canada and two superpowers – China and the U.S. – are at a boiling point.

The most pressing issue is securing the release of the “two Michaels” –Michael Kovrig and Michael Spavor – who have been detained in China on trumped-up charges of espionage for almost two years.

Chinese authorities arrested both men in retaliation for Canada’s 2018 arrest of Meng Wanzhou, CFO of Huawei, who is wanted in the U.S. for breaking sanctions against Iran. Trudeau has so far refused to bow to mounting public demands – not to mention intense Chinese diplomatic pressure – and allow Meng to return to China.

Referring to his role in working with China on the release of the two Michaels, Rae noted he would attempt “to find a solution to the very, very unfair and completely unjustified and unjustifiable imprisonment of two Canadian citizens.”

Besides sorting out the diplomatic mess with China, Rae must also work to repair lingering tensions between Canada and the U.S. Simply put, Trudeau and Trump just don’t get along. The two countries have been at odds for some time over trade issues for the past few years, fighting an acrimonious tariff war until finally signing off on a new free trade deal last year.

After a brief window of peace, the two leaders were at it again earlier this week. Trudeau pointedly declined an invitation to a meeting with Trump and Mexican President Andres Manuel Lopez Obrador to discuss the new trade deal, citing concerns about the possibility that Trump would re-impose tariffs on Canadian aluminum and steel.

Besides navigating these extremely challenging diplomatic waters, Rae must also concentrate on promoting Canada’s voice on the world stage and help determine the level of influence a “middle power” like Canada can exert not only at the UN but in the global geo-political arena as well.

This task takes on added importance especially in the wake of Trudeau’s failed bid to secure a seat on the influential UN Security Council. After months of heavy campaigning by the prime minister to shore up support from other nations leading up to the vote in June, Canada received notice it had lost out to Norway and Ireland, a setback that Conservative Opposition leader described as “the embarrassing cherry on top of a mountain of foreign policy debacles.”

Rae admitted that the defeat was disappointing but says that it doesn’t mean Canada will take a back seat in world affairs.

“We have to pick ourselves up, dust ourselves off and start all over again,” he said. “That’s the nature of life at the United Nations, as it is in many other aspects of human endeavour.”