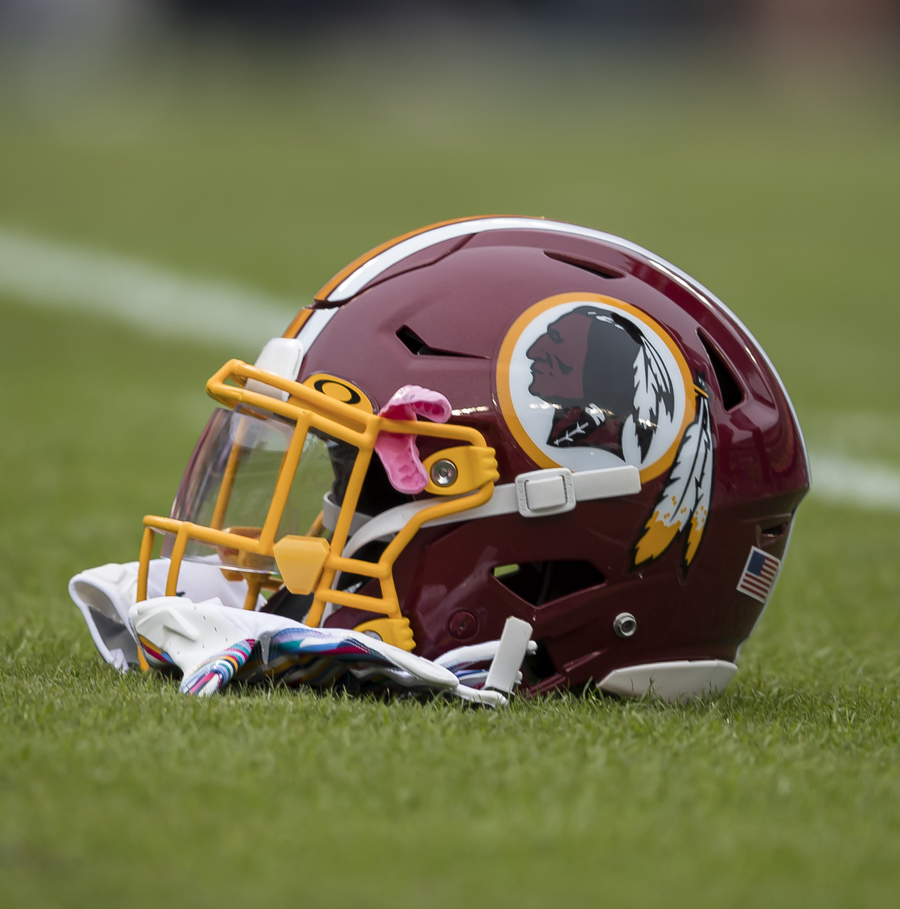 The NFL’s Washington Redskins this week announced that it will no longer use the controversial team nickname and logo that has defined the club since 1937. Photo by Scott Taetsch/Getty Images

The heightened awareness about racial insensitivity that fuelled massive protests around the world is making its way into the sports world as the NFL’s Washington Redskins football team this week announced it will change its controversial name.

In a statement issued by their front office, the team served notice that “in light of recent events around our country” the organization will be “retiring the Redskins name and logo.” The famed NFL franchise has been going by that moniker since 1937, when it moved to the D.C. area from Boston.

Team owner Dan Snyder said that he and head coach Ron Rivera “are working closely to develop a new name and design approach that will enhance the standing of our proud, tradition rich franchise and inspire our sponsors, fans and community for the next 100 years.” Names like Warriors and RedTails (in honour of an all-Black World War II fighter squadron) have been suggested as possible alternatives but nothing has yet been announced.

The move follows years of pressure from groups who have been calling out Snyder for refusing to get with the times and dump the name, which is considered a racist slur against Native Americans.

Many Native groups, including the National Congress of American Indians, applauded the announcement and called on other teams with similar names to follow suit.

But many others who claim Indigenous heritage took to social media to decry the move, suggesting that this issue is highly nuanced and, like everything in sports, very emotional. Tradition is very important to fans, especially when it’s passed down through the generations, and there’s bound to be a backlash when you do anything to tamper with history. Snyder, 55, has always remained adamant about his loyalty to the team name, vowing to a reporter in 2013 that he would “never” change it. However, the recent protests denouncing systemic racism following the death of George Floyd at the hands of police have pushed businesses and organizations to think about the message behind their brands in a new light.

Government officials were also pressuring Snyder, including D.C. Deputy Mayor John Falcicchio, who said,  “There is no viable path, locally or federally, for the Washington football team to return to Washington, D.C., without first changing the team name.”

But it appears that corporate America played the biggest role in forcing Snyder’s hand. Companies such as Nike, Pepsi and FedEx, which sponsors the stadium where the Redskins play, served notice recently that they were no longer comfortable with the name. Amazon, Walmart and Target also joined the parade, saying they would no longer sell apparel with the Redskins name on their site.

And while sports fans love the game and players, owners are in it for one thing — the money. And if the vast pipeline of revenue that comes through apparel sales is being threatened, a businessmen like Snyder will do whatever it takes to get the cash flowing again, regardless of the motivations behind his decision.

This move by the Washington football club will certainly put pressure on other franchises to reconsider whether their own branding is either insulting or insensitive to modern cultural norms.

Since the dawn of sports, professional, college and amateur teams have adopted Native American imagery and references in their branding. The CFL’s Edmonton Eskimos are a prime example.

The community-owned CFL club is currently reviewing whether it should change its team name, which is an outdated reference to Inuit people of northern Canada. The franchise has issued a survey to determine whether it should change its nickname, which it says was “originally chosen more than 100 years ago out of acknowledgement, perseverance, and hardiness of Inuit culture.”

In light of the prevailing climate, it’s likely a given that that the team will change its name. “Eskimo” is an out-dated term that has hurtful connotations for a people who today prefer to known as Inuk.

Jordin Tootoo, the first NHL hockey player of Inuk descent, issued a statement that best sums up this very complicated and highly charged debate over which team names are racially demeaning.

“[My father] would refer to himself as an Eskimo. My generation refers to itself as Inuk. Does the term Eskimo for the Edmonton franchise bring back feelings of oppression for Inuk people? For me, it does not. That is not a reason to keep the name. There could be others for whom it does create those feelings,” he said.

Tootoo ultimately feels Edmonton management must do some soul-searching and determine wether the original intent of the team’s name was to honour a people or if was simply a product of a racially insensitive era.

“Was it racially charged, or, was it because of admiration for the ability of the Eskimos to thrive in cold climates, for their mental and physical toughness and for their resilience?” asks Tootoo. “My point is that context really does matter. And, they need to be honest with themselves and with the public. Truth goes a long way.”

Washington and Edmonton aren’t the only teams coming reconsidering their historical branding.

Baseball’s Cleveland Indians are another organization that has long been on the radar, not only for the team name but for its logo that was seen as characterizing Native American stereotypes.

The club recently removed the offending image from all its branding, replacing it with the letter “C”. And though the club hasn’t indicated it will change its name, its own manager recently went public saying, “it’s time to move forward.”

The Edmonton Eskimos, Cleveland Indians, Atlanta Braves, Kansas City Chiefs, Golden State Warriors and countless other sports franchises that draw their name or logo from Indigenous culture may have no choice but to eventually come around to Francona’s point of view. (The Chicago Blackhawks name may be less insulting, as it pays tribute to Chief Black Hawk, a prominent figure in the Sauk nation who is a major figure in Illinois history. However, their team logo is the subject of much debate.)

Remember, it wasn’t that long ago that any athlete of Indigenous descent would inevitably go by the nickname “Chief.” It was just one of those things you took for granted, like big players always being called “Moose” and red-haired players being called “Red.”

But times have changed. And whether long-time fans like it or not, the sports world will have to change with them.

COVID-19: The Strength of Canadian Indigenous Communities in the Face of Inequality