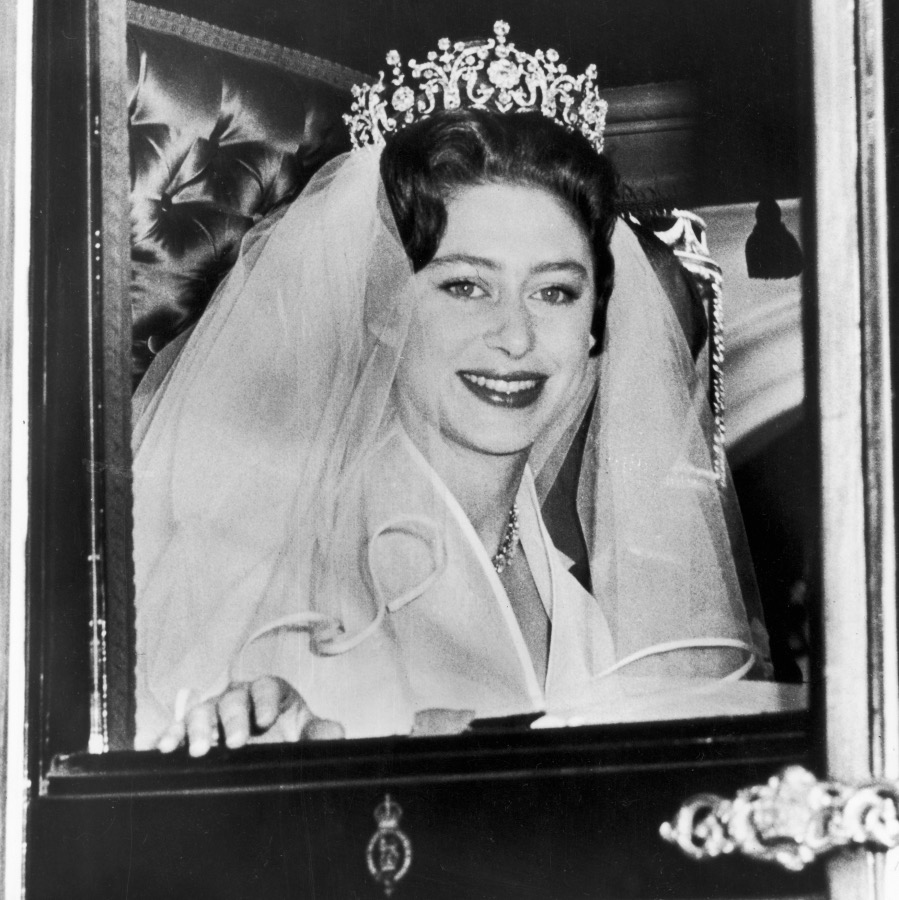 The popularity of Netflix’s The Crown has resulted in a renewed interest in the Queen’s only sibling, Princess Margaret. And whether you lived through her romances and divorce, and bucking of royal norms, or are learning about them on the hit Netflix series — in which Margaret is played by Vanessa Kirby in the first two seasons, and by Helena Bonham Carter in season’s three and four — there’s something about a royal who likes to ruffle the establishment’s feathers that appeals to every generation.

Princess Margaret died in 2002 at age 71, so we’re looking back on some of the most fascinating facts about one of our favourite rebellious royals.

The Luck of the Scottish

Princess Margaret was born on 21 August 1930 in Glamis Castle, Scotland, the first royal baby in succession to the throne to have been born in Scotland in more than 300 years. At the time of her birth, she was fourth in line through her father, Albert (Bertie). According to the Independent, the registration of Margaret’s birth was superstitiously delayed for several days to avoid her being number 13 in the parish register.

Imagine buying Girl Guide cookies from a royal? Princess Margaret was a Brownie in the 1st Buckingham Palace Brownie Pack, formed in 1937. (My own troupe met in the gymnasium of my primary school but I’m sure it was pretty much the same experience). She graduated to Girl Guides and later became a Sea Ranger (and eventually Chief Ranger of The British Empire). Her dedication to the organization continued into adulthood with the princess serving as President of Girlguiding UK from 1965 until her death in 2002.

Splitting Up In the Spotlight

Divorce would play a recurring role in the life of Margaret Rose Windsor starting with her paternal uncle, King Edward VIII, who abdicated in 1936 in order to marry twice-divorced Wallis Simpson. This moved Margaret from fourth to second in line to the throne, after elder sister Elizabeth, when their father became king (George VI) in Edward’s stead.

Neither the Church of England nor the British Cabinet were looking any more kindly on royals marrying divorcées when, nearly 20 years later, Princess Margaret accepted a proposal from Group Captain Peter Townsend, a divorced gent 15 years her senior. The marriage was blocked by a very united church and state.

Divorce would ring the bell again with the dissolution of Margaret’s subsequent 18-year marriage to photographer Antony Armstrong-Jones — later made 1st Earl of Snowden — in 1978. It was the first divorce in the British Royal Family since Henry VIII and public reaction was frosty — especially as it was preceded by tabloid photos of the still-married princess and her lover, Roddy Llewellyn, in swimsuits together at her getaway on the island of Mustique.

The age gap between the two — Margaret was 43 while Llewellyn was 25 — led to accusations of predatory behaviour against the princess and labels like “royal parasite” and a “floosie” flung at her from British politicians. Never mind that her hubby was also having an affair with a divorced woman named Lucy Lindsay-Hogg, whom he later married. The media attention focussed on Margaret and her relationship with Llewellyn — a romance that ended after eight years.

Well before he would become Canada’s 17th prime minister, John Turner was rumoured to be a suitor of the princess post-Townsend and pre-Armstrong-Jones.

The two met at a gala dinner in British Columbia during the princess’s 1958 tour of Canada and are said to have immediately hit it off. It’s been reported that the romance even prompted discussions across the pond; with Turner being Catholic, a marriage would have required the princess to renounce claim to the throne. Alas, no permanent ties were made although, as the National Post reported in 2015, letters released after her death more than hint that Margaret may have been rather serious about Turner. Writing to a friend on May 16, 1966, she revealed: “John Turner is here & we meet on Thursday. It will seem so funny as we haven’t met since I nearly married him & he’s bringing his wife!”

Irreverent to the End

Princess Margaret suffered a number of strokes in the last years of her life — the last one coming on February 9, 2002 from which died at the age of 71. The Queen’s baby sister had always been characterized as a wild child by the British press and it seems she bucked with tradition even in the end. Unlike most other members of the royal family, Princess Margaret chose to be cremated, with her ashes placed in the tomb of her parents, King George VI and Queen Elizabeth The Queen Mother (who died seven weeks after Margaret).

Princess Anne Turns 70: Why the No-Nonsense Princess Royal Is Enjoying a Newfound Appreciation