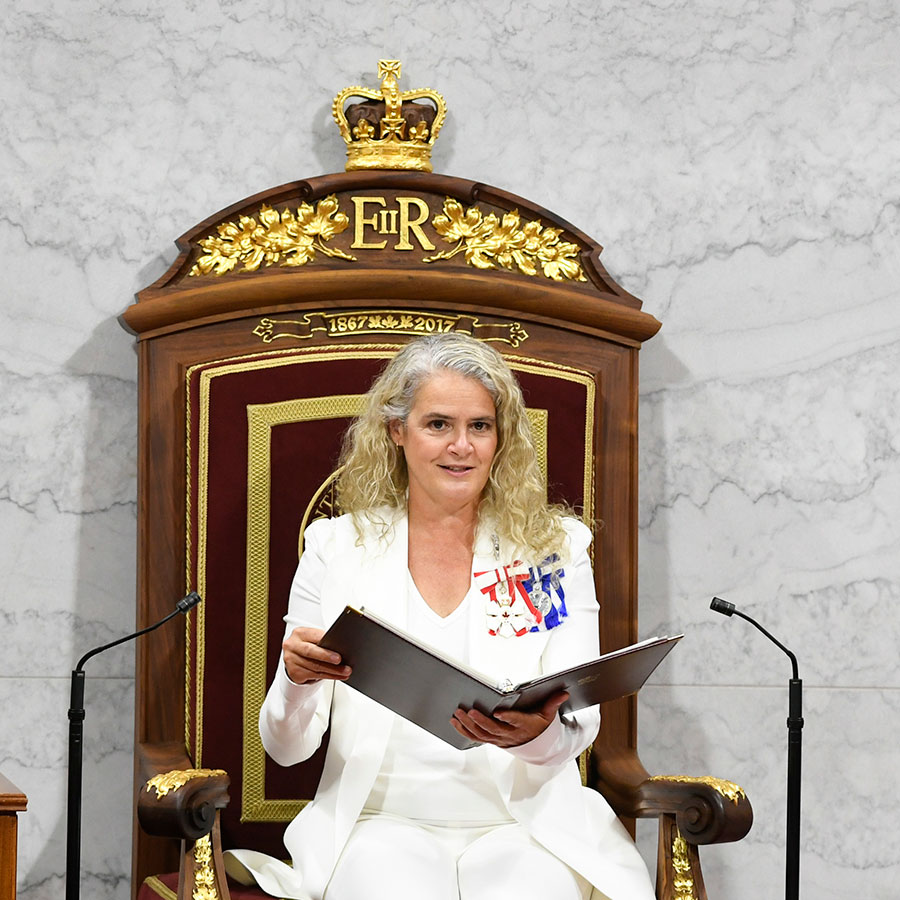 “This is not the time for austerity,” said Governor General Julie Payette, reading from today’s speech from the throne, Prime Minister Justin Trudeau’s overview of the multi-billion dollar spending commitments the Liberal minority government is planning to make to help Canada recover from the economic disruption of COVID-19.

“To overcome a pandemic requires the work and resolve of every order of government, every community, and every one of us,” continued Payette. “We don’t decide when hardship comes, but here in Canada, we have decided how we wanted to address it.”

In order to address COVID19 — which the speech called “an invisible enemy that respects no borders, thrives anywhere, hits anyone” — the government will unveil a massive new spending program that includes a number of big-ticket programs, including:

While these programs will provide much needed relief for individuals that have been hit hard by the economic disruption of the pandemic, one group that was largely overlooked in today’s speech was older Canadians. This despite the fact that the bulk of COVID-19’s deaths occurred among seniors, especially those living in long-term care.

But besides doubling down on two senior policies that are already in place (increasing OAS for those over 75 and increasing the CPP survivor’s benefit), the government recovery plans offered little in the way of concrete help for older Canadians.

“The impact of COVID-19 on our older population has been immeasurable,” said CARP’s Chief Policy Officer Bill VanGorder. This was especially notable in the long-term care sector that became completely overwhelmed by hundreds of outbreaks and thousands of deaths.

The speech, however, promised little action other than the government would “work with provinces and territories to set new, national standards for long-term care so that seniors get the best support possible.” The government already announced this move last spring when the pandemic was raging through elder care homes.

And, in a veiled reference to supporting home care, the government promised to “take additional action to help people stay in their homes longer.” Again, another mention of an important issue but very little evidence of how they will do this or how much money will be involved.

While VanGorder was pleased the speech mentioned more help for personal support workers, the promise to establish national standards for long-term care and a commitment to help people age safely at home, he was frustrated by the lack of clarity on how these policies would be delivered.

“The details around all issues were frustratingly vague,” he said. And, he added that, while the programs were useful, many were just a “repeat of the message we’ve been receiving for months.”

The speech will be debated in Parliament and a vote will take place to see whether the House supports the direction of the government’s recovery plan.

Bloc leader Yves-François Blanchet has already said he will support the speech, which means an election will not be triggered.

NDP leader Jagmeet Singh hedged on whether or not his party would support the throne speech but said that unless paid sick leave was included in the government’s agenda, his party would not. “What we need are not nice words but concrete actions that will save people’s  lives,” he said, adding that his “goal is not to force an election.”

Conservative opposition served notice that they would not support the speech unless it was amended to include support for the oil producing provinces.

“We are not happy with the speech,” said MP Candice Bergen, who was speaking on behalf of leader Erin O’Toole who has been sidelined with COVID-19. “We still do not have a real plan,” she said, describing the speech as “full of Liberal buzzwords and grand gestures with no follow-up plan.”