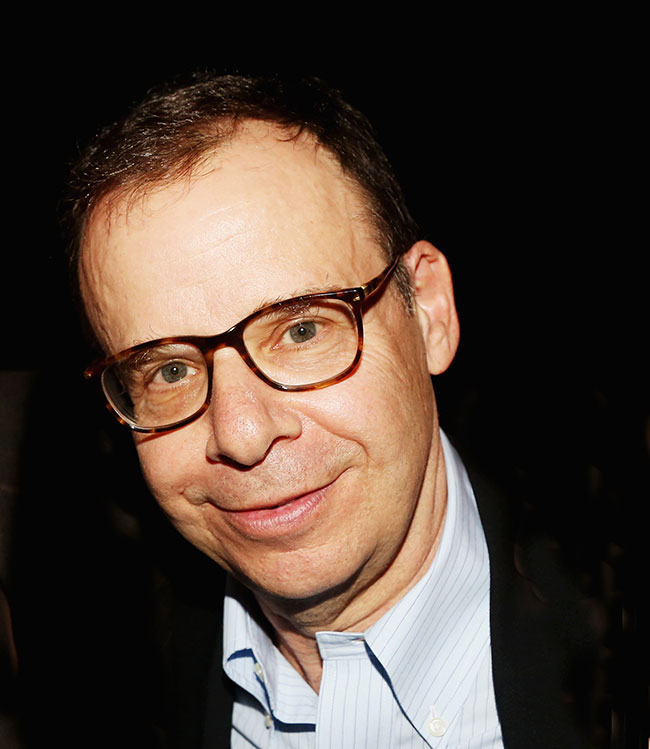 Rick Moranis, seen at the opening night after party for "In & Of Itself" at New York's Ace Hotel in 2017, was the victim of an unprovoked assault in the city on Thursday. Photo: Bruce Glikas/FilmMagic via Getty Images

Canadian actor and comedian Rick Moranis was the victim of an unprovoked assault in New York City on Thursday.

According to a report by New York Daily News, the 67-year-old SCTV alum was walking on Central Park West near his home in the Upper West Side at approximately 7:30 a.m. when a stranger walked by and randomly punched him in the head.

Surveillance cameras captured the attack, which shows the Ghostbusters star being knocked to the sidewalk.

The Daily News also reported that Moranis was treated for pain in his right hip, back and head at a nearby hospital. After which he went to the NYPD’s 20th Precinct station, where he reported the assault.

A representative for Moranis issued a statement to ET Canada, stating: “Rick Moranis was assaulted on the Upper West Side yesterday. He is fine but grateful for everyone’s thoughts and well wishes.”

One of those well wishers is Captain America‘s Chris Evans, the onscreen superhero flexing his protective side.

And fellow Canuck funny man Ryan Reynolds offered his support to Moranis via Twitter as well, chalking the incident up to another hit from the year 2020.

The two paired up recently in a commercial spot for American mobile provider Mint Mobile — Reynolds saying that he welcomed seeing Moranis, whose onscreen sightings have been scarce in recent years.

Perhaps best known for big franchises including Ghostbusters and Honey, I Shrunk the Kids, Moranis has kept a low profile since the late 1990s, with his last onscreen role in 1996’s Big Bully. He took a hiatus from acting, telling USA Today that “I’m a single parent, and I just found that it was too difficult to manage raising my kids and doing the traveling involved in making movies. So I took a little bit of a break. And the little bit of a break turned into a longer break, and then I found that I really didn’t miss it.”

He has worked on the occasional project in recent years, including the Mint Mobile commercials and voicing a hoser moose alongside fellow SCTV alum Dave Thomas in Disney’s 2003 animated Brother Bear. And in February of this year, it was announced that Moranis would return to the big screen for the Honey, I Shrunk the Kids sequel, Shrunk.

As ‘Saturday Night Live’ Turns 45, Watch the Original Cast Members Discuss the Show In a 1975 Interview