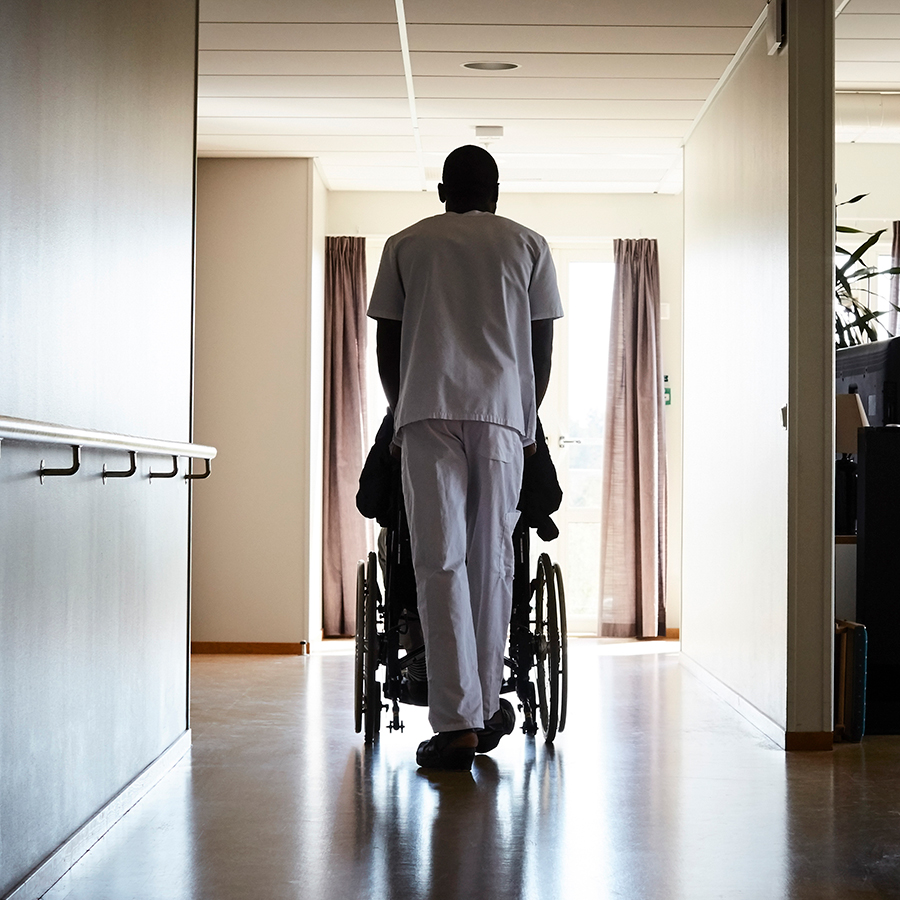 C.A.R.P.'s chief policy officer Bill VanGorder says an Amnesty International report that claims long-term care residents in Belgium were "abandoned" during the first wave of the pandemic sounds like it could apply to Canada as well. Photo: Maskot/Getty Images

A damning report by Amnesty International on the “human rights violations” that occurred in Belgian nursing homes during the first wave of COVID-19 has a leading seniors advocacy group speculating that group should turn its spotlight on Canada as well.

“Belgium failed to fulfill its human rights obligations and failed to protect the most vulnerable group during the pandemic,” said an Amnesty press release. “Many residents have received substandard health care, and some elderly people probably died prematurely as a result.”

“The results of our investigation allow us to affirm that (care homes) and their residents were abandoned by our authorities until this tragedy was publicly denounced and the worst of the first phase of the pandemic was over,” said Philippe Hensmans, the director of Amnesty International Belgium.

The small European nation was one of the hardest hit countries in the world during the pandemic’s first wave. With only 11.5 million inhabitants, Belgium registered more than 14,000 deaths between March and October 2020, a “staggering” 63 per cent of which occurred in nursing homes, says the AI report.

The report claims seniors were basically “abandoned” in their nursing homes and left to die. “Some residents did not receive all the necessary care and remained in their pajamas for days without assistance with dressing, washing or other personal hygiene,” said the AI report. “In extreme cases, some residents were even inadequately fed or hydrated.”

The human rights group also highlighted the fact that many hospitals refused to accept sick elderly patients, despite the fact that Belgium’s acute care system had capacity to take them. According to Doctors Without Borders, which was quoted in the report, “Paramedics were even instructed not to take over patients over a certain age, often 75 but sometimes also 65.”

The world first learned of the Belgium nursing home disaster in August this year when the New York Times ran a feature on the tragedy. The article suggested that, like all other countries, Belgium ignored the threat COVID-19 posed to the elderly and failed to come up with an adequate long-term care home plan.  As well as being understaffed, care homes didn’t provide proper infection control strategies and didn’t equip workers with sufficient personal protective equipment.

As damning as the Belgium report is, it doesn’t seem that much different to the chaos in nursing homes that unfolded during the pandemic’s first wave and continues to exist in many parts of Canada.

During COVID-19’s first wave, stories abounded of elder care homes that were completely overwhelmed by the pandemic. The situation became so bad in some Quebec and Ontario nursing homes that the province had to call in the army to help out. The army subsequently issued a shocking report of the horrible conditions that they experienced on entering many facilities.

While VanGorder praised the Amnesty International report for shining a spotlight on the tragedies that have devastated long-term care around the world, he suggests Canada’s response was just as bad, if not worse.

While Canada’s death rate to COVID-19 stands at 11,000 – far lower than Belgium’s – and there weren’t reports of hospitals refusing to accept seniors, “Our long-term care homes were equally unprepared to deal with the pandemic,” says VanGorder.

And he points out that while the AI report suggests that a “staggering” 61.3 per cent of COVID-related deaths occurred in long-term care homes in Belgium, the death toll is actually higher in Canada. “According to the National Institute on Aging (NIA) at Ryerson University, by mid-November 2020, long-term care  and retirement homes reported  76 per cent of total deaths here.

“What would Amnesty International say if they put their same investigative lens on Canadian long-term care homes?” asks VanGorder. “Especially in light of the fact that Canada has a much worse record.”

VanGorder says C.A.R.P. is leading the call for a nation-wide investigation into the reasons for this dramatic failure to protect residents of long-term care facilities in Canada from COVID-19.

Besides launching a national campaign to improve conditions for elder care residents, “C.A.R.P. is also calling for the establishment of a citizen oversight panel to ensure that long-term care service quality is achieved and maintained.”