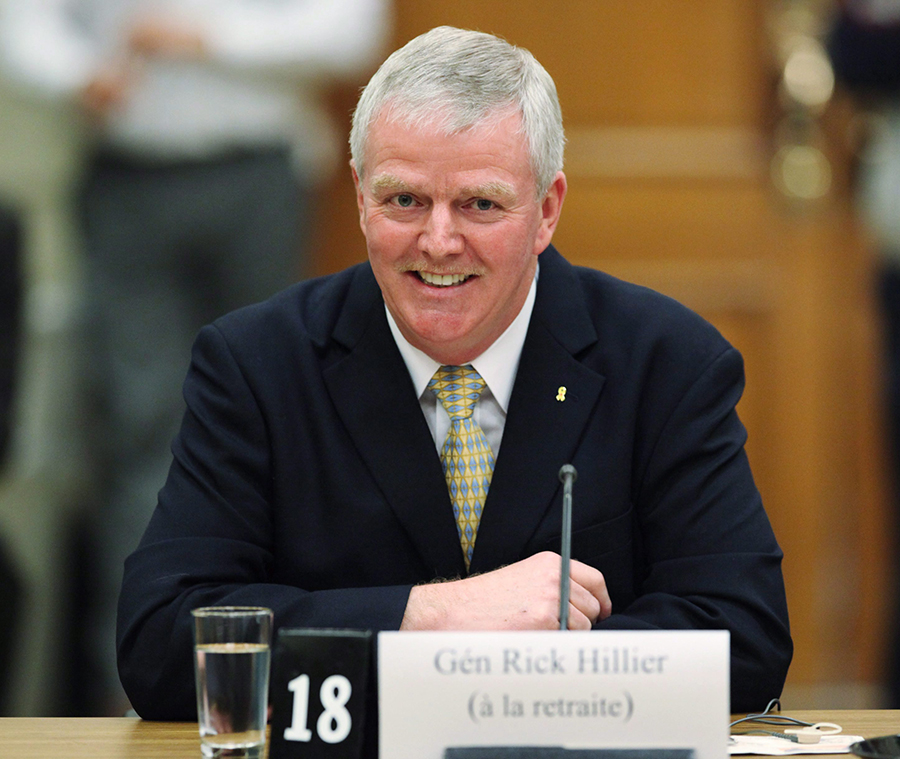 As scientists and researchers rush to the finish line with three promising new COVID-19 vaccines, provincial governments across the country are scrambling to figure out how to launch province-wide inoculation campaigns.

Hillier said he was “honoured” to accept this “critical mission.”

“Having always believed that ‘duty calls,’ the safe, secure and successful delivery of COVID-19 vaccines is a critical mission I’m honoured to accept for the people of Ontario,” said Gen. Hillier in a statement.

“Having to plan with so much uncertainty, including not yet knowing the full extent of what vaccines will be approved and when, this will be no easy task. However, this task force will bring to bear an unprecedented depth and breadth of experience as we plan for the end of this pandemic,” he added.

Ford told reporters he chose Hillier for the job because this “logistical challenge” could become “a logistical nightmare” without the right planning in place. “That’s why we need a general in charge of this massive undertaking,” said Ford. “We need discipline that only a general can bring to this task.”

Hillier, who Ford referred to as a “Canadian hero,” is the former Chief of the Defence Staff of the Canadian Armed Forces, a post he held until 2008. Before that, he served as Commander of Nato Forces in the War in Afghanistan and is currently working with the United Nations as Peacekeeping Envoy to that country.

“I am confident [Hillier] will bring the same disciplined leadership and military precision needed to execute one of the largest logistical undertakings our province has ever faced,” said Ford.

Ontario Health Minister Christine Elliot said she was “thrilled that Gen. Hillier will be join us in this next phase.” She suggested that his “track record of leadership and compassion” make him the right person to lead the COVID-19 vaccination distribution task force.

Hillier’s mission will not be an easy one. As vaccine czar, he will lead a task force that’s comprised of government representatives as well as a panel of experts in logistics, healthcare, public health and immunization, and information and data technology.

Elliot said that the task force’s job will be to provide the government with “advice and recommendations” on the effective rollout of the vaccination program as well as “ensuring that the province can immunize people as quickly, efficiently and safely as possible.”

Elliot put a vague timeline of “between January and March” as to the earliest the vaccines might become available in Ontario. She also said that the vaccination program will “initially prioritize vulnerable populations,” which presumably means that seniors, people with compromised medical conditions and front-line workers will be first in line to get the new vaccine.

Ford seemed hopeful that these “vaccines will finally bring an end to the pandemic” and “get life back to normal.” But Elliot was more cautious. While admitting that the early results of the new vaccines were promising, she warned that a province-wide inoculation campaign is still months away.

And she said that until the therapy arrives in Ontario, she’s “urging everyone to continue following public health advice in order to limit the spread of COVID-19 and keep our communities safe.”